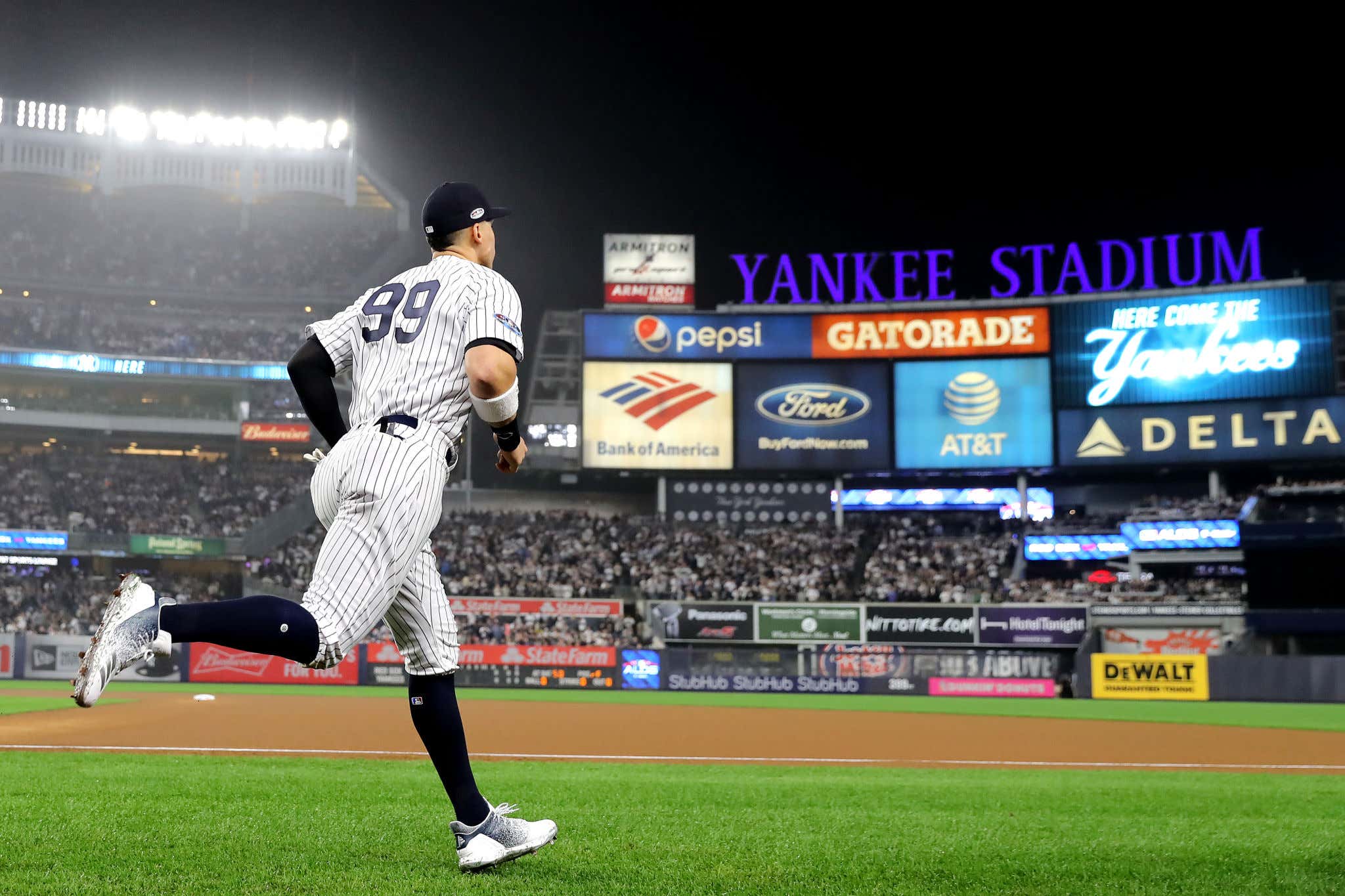 Aaron Judge set the first pitch of Opening Day as his deadline for signing a contract extension with the Yankees. Brian Cashman announced today that there was no agreement made as the two sides are still far enough apart. That means this very well could be Judge's final year in pinstripes which is stunning to say.

Now when you hear the news you immediately think the Yankees low-balled him. I don't see how you can say that when you hear what the final offer was. Weird that Cashman came out with the numbers, but he wanted to get out in front of this before those narratives formed. 7 years $30.5 mill AAV which including the $17 million this year would have came to 8 years $230.5 million. That is in my mind a good deal for a 30 year old outfielder who has failed to play in 115 games in two of his four full seasons. When he's on the field he's an automatic MVP candidate no question about it. He's an interesting case study no question, but at the end of the day you gotta get this deal done before first pitch of this season. Now it's gonna be a distraction with everything he does.

I'm mad at both sides. The Yankees went fairly cheap this offseason, avoiding the Correa, Seager, Story, Semien type deals which could lead you to believe they were saving that money to pay their franchise player. Didn't get it done. With Judge, I really think that's a rock solid deal given his circumstances. It all comes down to years and it seems Judge wants more, maybe something in the 10 range. Probably wanted 10/250 I would guess. I think there's blame on Cashman's end too for putting these extension talks off for as long as they did.

At the end of the day he's on this team for 2022 and that's all that matters in the immediate. You've got the Sox on Opening Day, go to work and win a fucking World Series. If you think you really are worth more then continue to prove it. Judge in a contract year? I don't hate the motivation aspect as a fan. Certainly want him here for the rest of his career, but I'm trying to spin the positives. Have a great year and get a deal done in the offseason for my sanity.

P.S. Certainly not the best juju going into the season if you ask me..

About an hour until first pitch, give our ep a watch on YouTube to get yourself ready