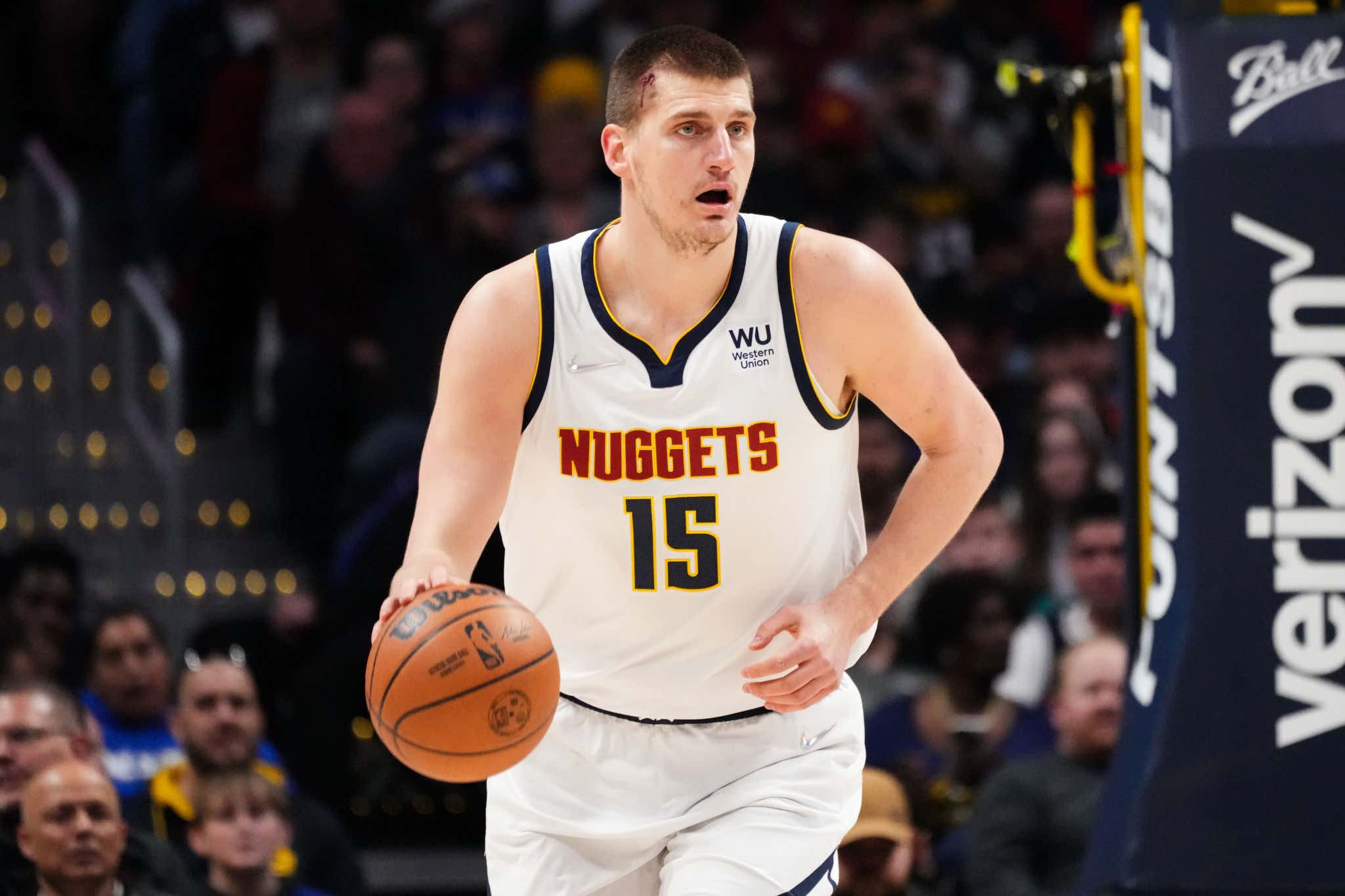 The race for MVP was in full effect on Thursday night. There was Joel Embiid putting up 30/10 in a loss on the road to the Raptors who were resting Fred VanVleet. Then there was Giannis, who was his usual monster self as he threw up 29/11/5 in a down to the wire win over the shorthanded Celtics. Two decent performances I suppose.

But the thing is, Nikola Jokic exists.

In a 122-109 win over the shorthanded Grizzlies, the Nuggets not only punched their postseason ticket, but they also witnessed NBA history. Now if you know me and have been reading these blogs, you know I am a big time sucker for NBA history. Can't get enough of it, I don't care what kind of history it is. So when Jokic went out and gave the Grizzlies 35/16/6/4/2/1 on 16-24 shooting

not only did he make history, he also made a pretty big step towards back to back MVPs. At this point, how can you in good faith argue against him? You've seen the tweets. They usually come from a certain fanbase or professional media troll. They try and make it seem like Jokic isn't having this insane season and all his hype is in advanced analytics as if it's some sort of negative to have great advanced analytics. Pick any fucking stat you want, Jokic dominates it. If other candidates had his resume, those fanbases would think that production matters. But they don't. Nobody does. Why? Because Jokic is showing us something we've never seen before. Ever.

That doesn't take away from the seasons the other top 3 guys are having. Any one of them would be a deserving MVP. Jokic has just been the best. Sorry if this offends. When you do something like this, an achievement that has never been done before by a single player at any point in the history of the NBA, that sort of ends the discussion right? Just boil things down to that most basic question. There is no shame in awarding Jokic back to back MVPs. In fact, it'd be more than a little crazy not to at this point. Even if you want to go with wins for example, the Nuggets have more wins with Jokic playing than the Sixers do with Embiid playing. That's not an advanced stat, that's just reality.

The real losers in all this though are the fine people of Denver. Because of their TV drama with Altitude, almost nobody in Denver can watch this shit happen even if they wanted to! They've been blacked out in their own market for 3 years because they can't figure out their TV bullshit. Altitude TV refuses to work out a deal with Comcast or DISH Network and as a result the people suffer. Do you know how crazy that is? Jokic isn't just the greatest Nugget ever, he's arguably one of if not the best Denver athletes of all time and nobody can even see it unless they stream it illegally. That is so messed up and I cannot believe Adam Silver is allowing this to happen. Figure that shit out already because Nuggets fans deserve an easy way to watch a generational talent. My heart goes out to Nuggets stoolies everywhere in that awesome city.

Without a doubt aside from Jokic's dominance on the court, the best part about him is his mindset with all this stuff. He doesn't give a shit about MVPs or making NBA history, he just wants to win. You'll never see him go on MVP press tours like others might. Where you have quotes talking about how if he doesn't win then everyone must hate him as some sort of attempt at a pity vote or something. Just listen to him after the game

Much like Giannis, it's impossible to hate this dude. He's humble, he's dominant, he's loyal to his "small" market, he works on his craft tirelessly, he plays an unselfish style unlike anyone else in the league, and he wins.

To go from such an unknown to one of the greatest talents we've ever seen doing shit on the court that we've literally never seen anyone do is so wild it almost seems fake. Hollywood wouldn't even make this movie because it would seem too unrealistic, but nope, that's just Jokic. He's real and he's spectacular. What's crazy is it's not like his style won't age well as he gets older. What, Jokic is going to forget how to pass? I think that's why I love him so much. He's not exactly what you think of when you picture an elite NBA athlete. But everyone he plays he murders. Nobody can stop him (outside of Grant Williams, look it up). I find that pretty awesome.

We'll probably never see another Jokic again, so appreciate what we're all blessed to be able to witness. Generational talents like this don't come around all that often, so sit back and enjoy the ride.

Every day we are reminded how unbelievable it is that Twitter is free. Can you imagine firing off this take on this day of all days? God I love Twitter.