Rookie Seth Beer goes walk off Yahtzee on Opening Night for the Snakes on NATIONAL BEER DAY. Pandemonium in Arizona. PANDEMONIUM. What a goddamn legend. Only thing missing was showering him with some beers at home plate but hopefully they get him in the clubhouse.

Also how about this piece of history made tonight??

Padres bullpen my lord what are we doing? Going with the rookie Robert Suarez for the save and whooooops. 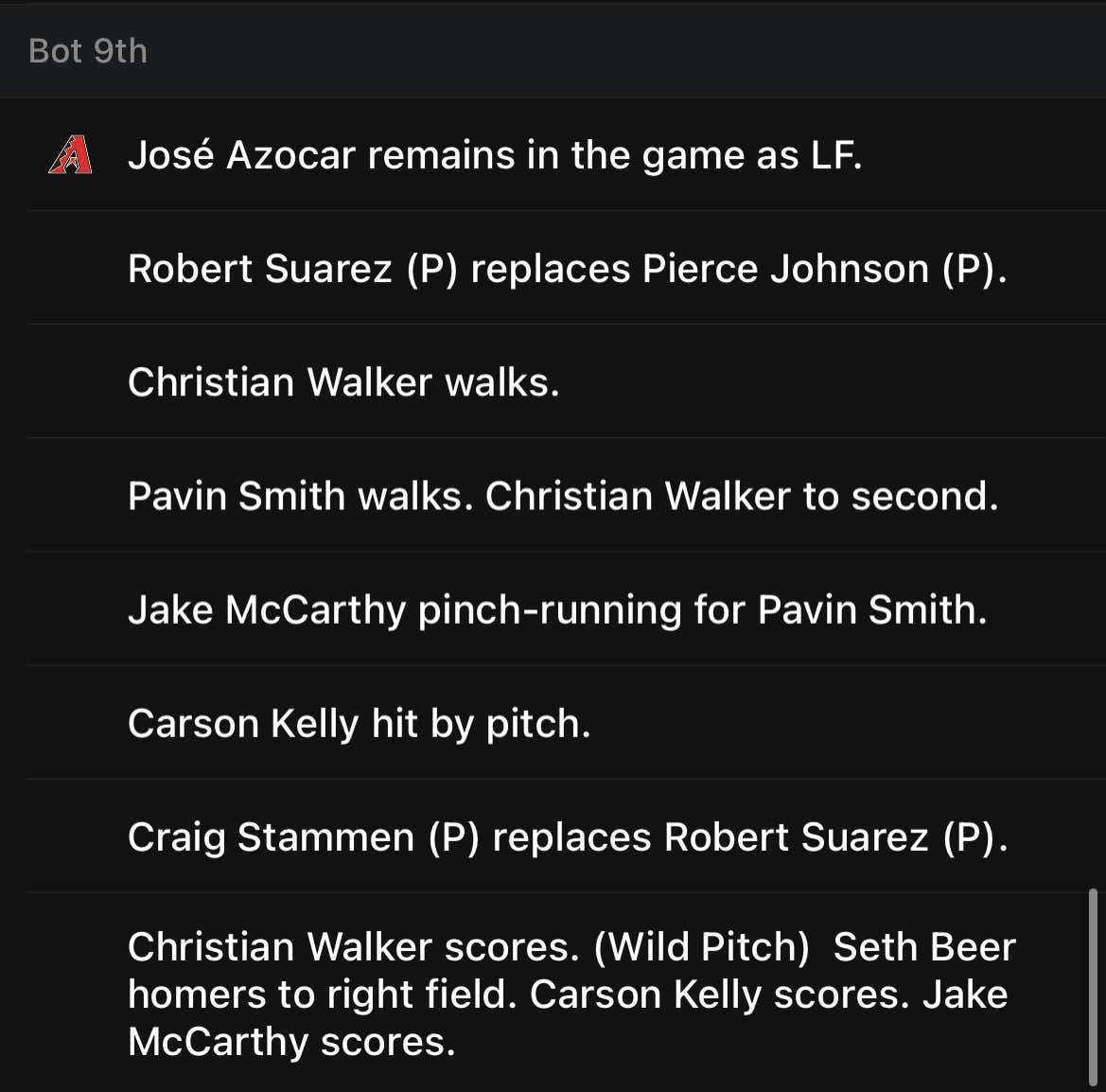 In came Craig Stammen to try and save the day but he was no match for the Beer Man on his day. Probably a good thing the Padres traded for Taylor Rogers earlier today, huh? Gonna need that guy inserted into the closer role STAT.

Mid season call by Steve Berthiaume by the way. Thought at first he was just saying National Beer Day as Seth Beer’s thing or something but of course April 7th is actually the day (he hit it in Mountain West time so it was still the 7th over there btw). Well done sir. Can’t say the same for Matty V here

My man thought that was headed to Saturn and it didn’t even reach the track. Whoooooof

But the night belongs to Seth Beer, cheers to you pal