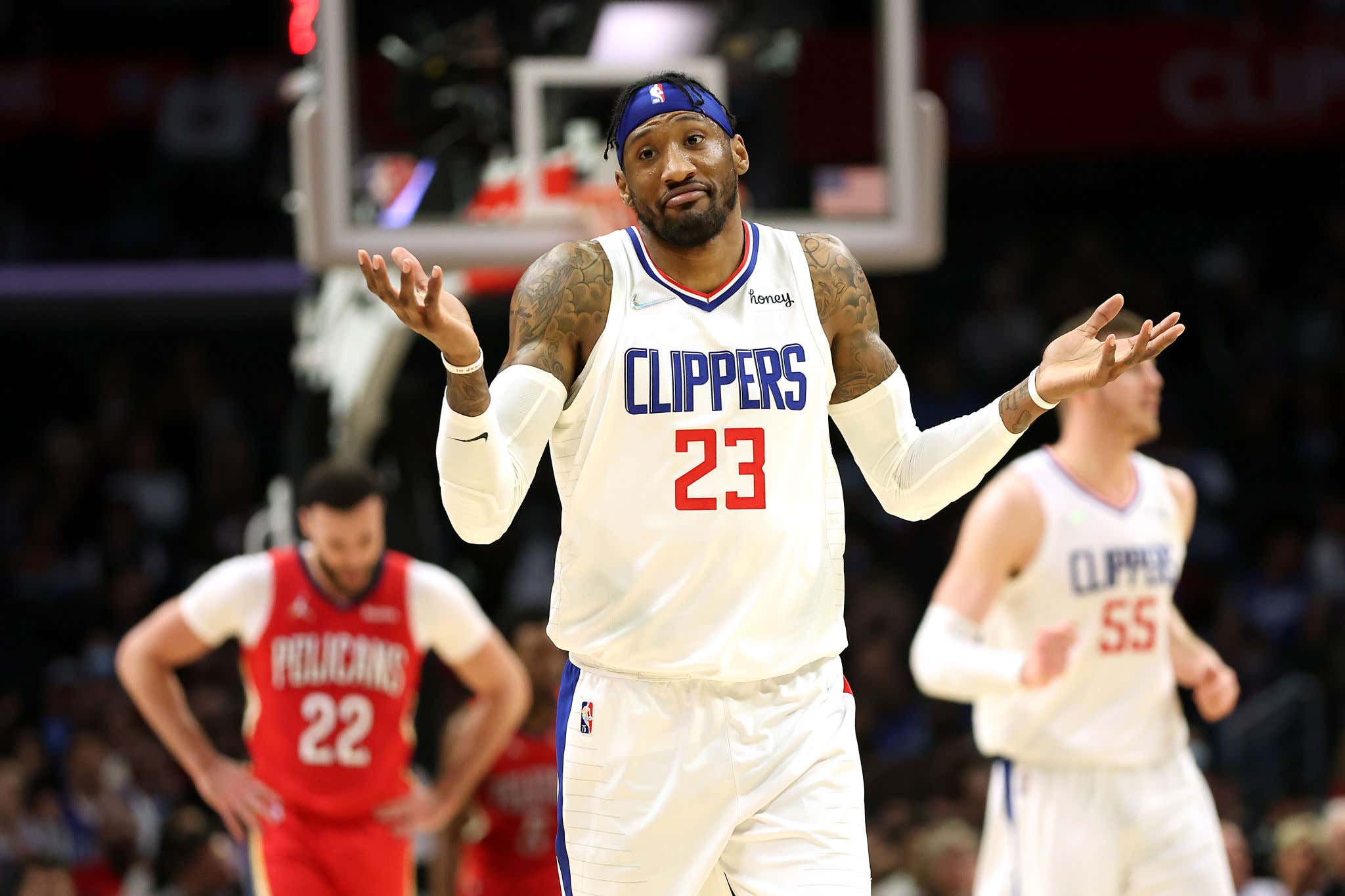 A lot of the immediate responses were what you maybe expected. Tons of people said BKN and that I was an idiot for thinking otherwise. Hand up, I forgot about Norm Powell for that tweet. He returned to action last night from his broken foot and uh, he looks like he never left

24 points on 6-10 (3-4) shooting in 23 minutes off the bench in the Clippers win over the Suns bench warmers (they sat CP3/Booker/Ayton/Crowder). Things looked great for the Clippers outside of that fourth quarter where they gave up a ridiculous 48 points, but a win is a win. They're locked into 8th so it's more about getting guys back and making sure they have their legs and rhythm by the time we get into the play in.

So now that we know Powell is back and he looks just as good as ever, I want to ask this question again.

Who is the scarier 7/8 seed? The Clippers we saw last night w/ no Kawhi, or the Nets we saw last night with no Simmons? I truly think the answer might be the Clippers. They have much better depth, a better coach, and a much better defense (9th vs 20th). Just compare the two rosters as they stand right now. I'm not sure they are all that close. I'll concede maybe this is just recency bias, but I can't remember when both conferences had such terrifying teams end up 7/8. Not to the caliber of LAC/BKN that's for sure. One side has someone who is arguably the best player on the planet. The other side has elite high end talent and depth, and we haven't even 10000000% ruled out a Kawhi Leonard return yet.

Imagine you go an entire season, win over 50 games (and in the West over 55 games) and your reward is one of these two teams? Take the Grizzlies. They've had an incredible season no matter how you slice it. Their reward for that rapid development could be a date with this Clippers team. Same thing with the Suns. Without a doubt a dominant force from October through April. Congrats, you're getting a healthy Clippers team as your reward. On the other side you have the Heat and or Celtics/Bucks/Sixers. You get to deal with a healthy Kevin Durant and fully available Kyrie Irving. We used to live in a world where the 1/2 seeds pretty much had a layup early. This year, it's not outrageous to suggest a top seed might not even make the second round. That's pretty insane.

We're in this position mostly because of injuries. If Durant never gets hurt, the Nets aren't in the play in. They were basically in first place when he first went down and that was with Kyrie only part time. If the Clippers weren't without Kawhi and George for so long, they are not a play in team. Shit, many think their roster was worthy of being a title contender. How many seasons can you say that about two teams that are going to finish 7/8? Sure there have been upsets in the past, but we have two teams that could absolutely win the Finals on one end of the spectrum, and then on the other end if they have 1 or 2 bad games in a row they could end up in the lottery and miss the playoffs entirely. What a swing.

I feel good about the Clippers chances though. They've won 4 of their last 5 with the only loss being that OT game to CHI, and they have SAC/OKC left to go. I can't see this team now healthy (without Kawhi) losing 2 play in games. The Nets, that's still a question only because they cannot stop a nosebleed. But it should surprise nobody if the Clippers as constructed make a deep playoff run, they are that good.

If Kawhi comes back? It's fair to start talking about the first ever franchise title. Again, when is the last time we said that about a 7/8 seeded team.