"I felt like I should have been on the team. When I got to the Olympics, I had to let my animosity go because he was my coach at the time,” Adebayo told Sports Illustrated’s, Ashley Nicole Moss. “But when we left, I let him know, ‘Look, for the time being in this Olympics, we’re cool. You’re my coach, I’m your player. We’re gonna be like you and Tim [Duncan]. But when we leave, just know I’ll never forget that you cut me.’”

Hell yeah, Bam. Nothing beats a career-long grudge. That's the sort of guy I want on my team every day of the week. Oh you cut me from the FIBA World Cup team just to take on every Celtic and ruin Team USA? Good. I hate you now. Just look at this roster Pop decided on instead of keeping Bam. 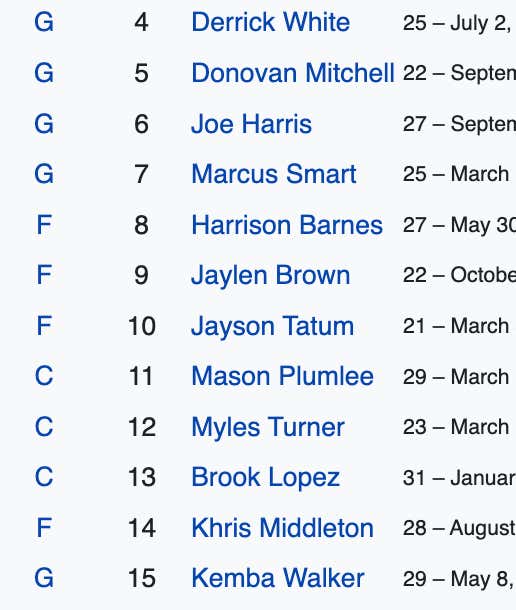 I too would have a life long grudge if Mason fucking Plumlee was on a roster in front of me. But Bam handled this correctly. He told Pop he'd be his Tim Duncan for the Olympics. Best pals. But the moment they won gold and it was done he's back to being a grudge guy. That's why Bam is so damn good. And in 10 games against the Spurs he's putting up 15/9.5 rebounds and 3.3 assists per game.

Bam, grade A grudge guy and that's needed to be a pro athlete. Pray for the Spurs.