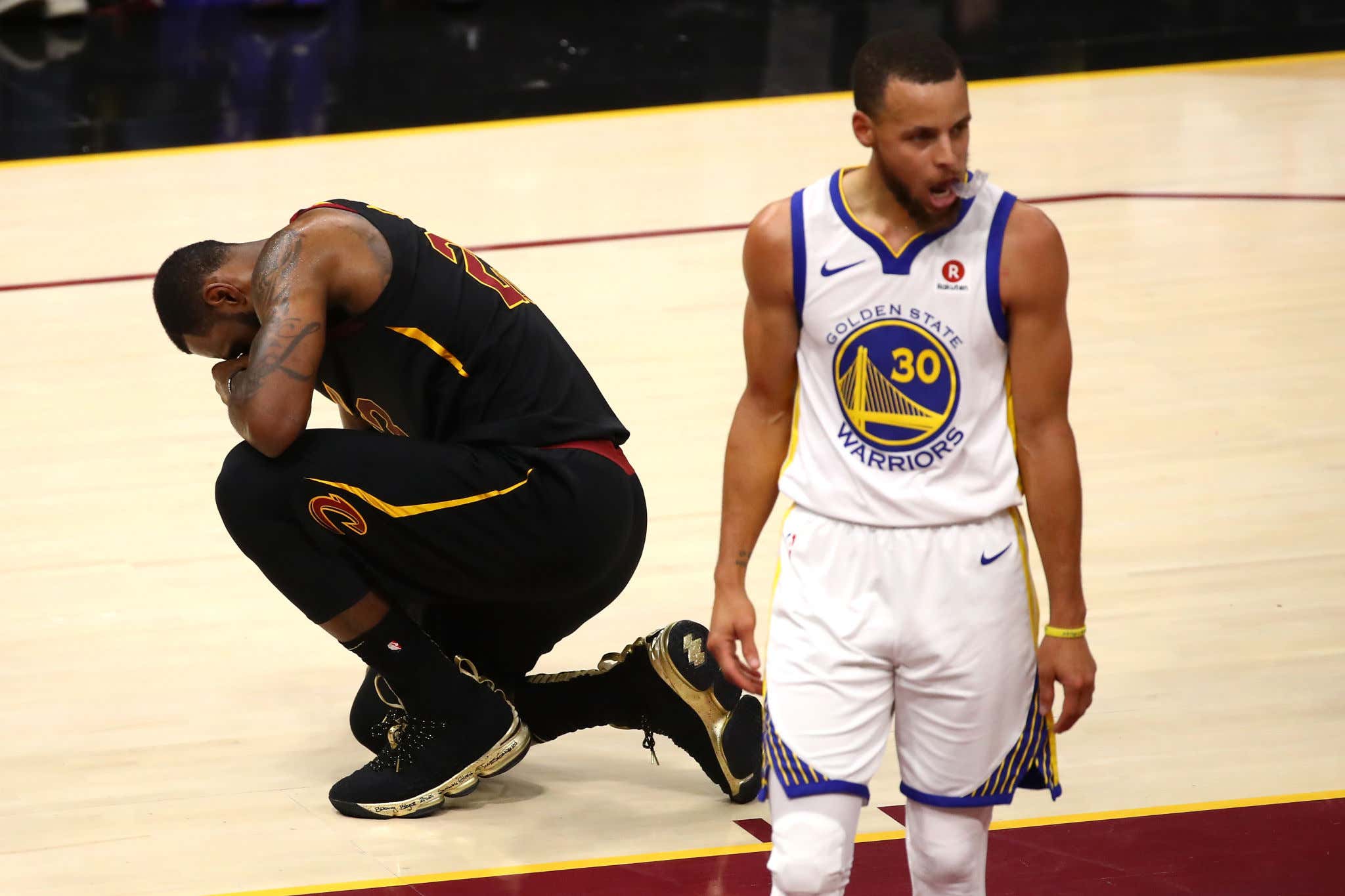 Look, I will defend LeBron James until I'm blue in the face, but there's no question what his strategy has been throughout his NBA career: Go to the best possible situation that will maximize his legacy, brand and do whatever it takes to win, consequences for the future be damned.

The Cavs have IMPLODED both times LeBron left. LA has gone all-in to build around The King, and is now in shambles. I think Stephen Curry — perhaps the least problematic and controversial superstar of the modern era — is starting to catch on, and doesn't want to go out of his way to share the court with LBJ. Here's the full context from Curry's interview on the Bay Area's 95.7 The Game:

To be fair, Curry DID get more diplomatic as he expounded, in particular when he described how All-Star captain LeBron picked him to be on his team each of the past two years. So in that sense, the pair have teamed up before, albeit in an exhibition setting.

In terms of what a potential Lakers-Warriors trade could look like, I imagine LA would ask for, you know, as many first-round picks as humanly possible. In terms of matching salaries, the math works out if Golden State were to agree to ship away Andrew Wiggins and former No. 2 overall pick James Wiseman. To even get a conversation STARTED, the Warriors would have to offer way more than that, or a third team would need to get involved to sweeten the deal for all parties involved.

LeBron will play his 20th NBA season next year, which is part of the hesitation of doing any deal for him. It's a short-term rental, and just how much would you have to give up? Curry and the Dubs have a good thing going with Steph, Klay Thompson returning to health and Draymond Green.

I think Lakers fans are still too stunned to even process what the hell to do next after this season's debacle. They have to figure out how to unload Russell Westbrook off the roster. Anthony Davis is always hurt. Even the superhuman LeBron is starting to get banged up with all that mileage on him.

Fascinated to see where LeBron plays next if the Lakers don't pull something out of their ass and build a legit roster around him. I just can't fathom him suiting up for the Warriors. Neither can Curry, it seems.