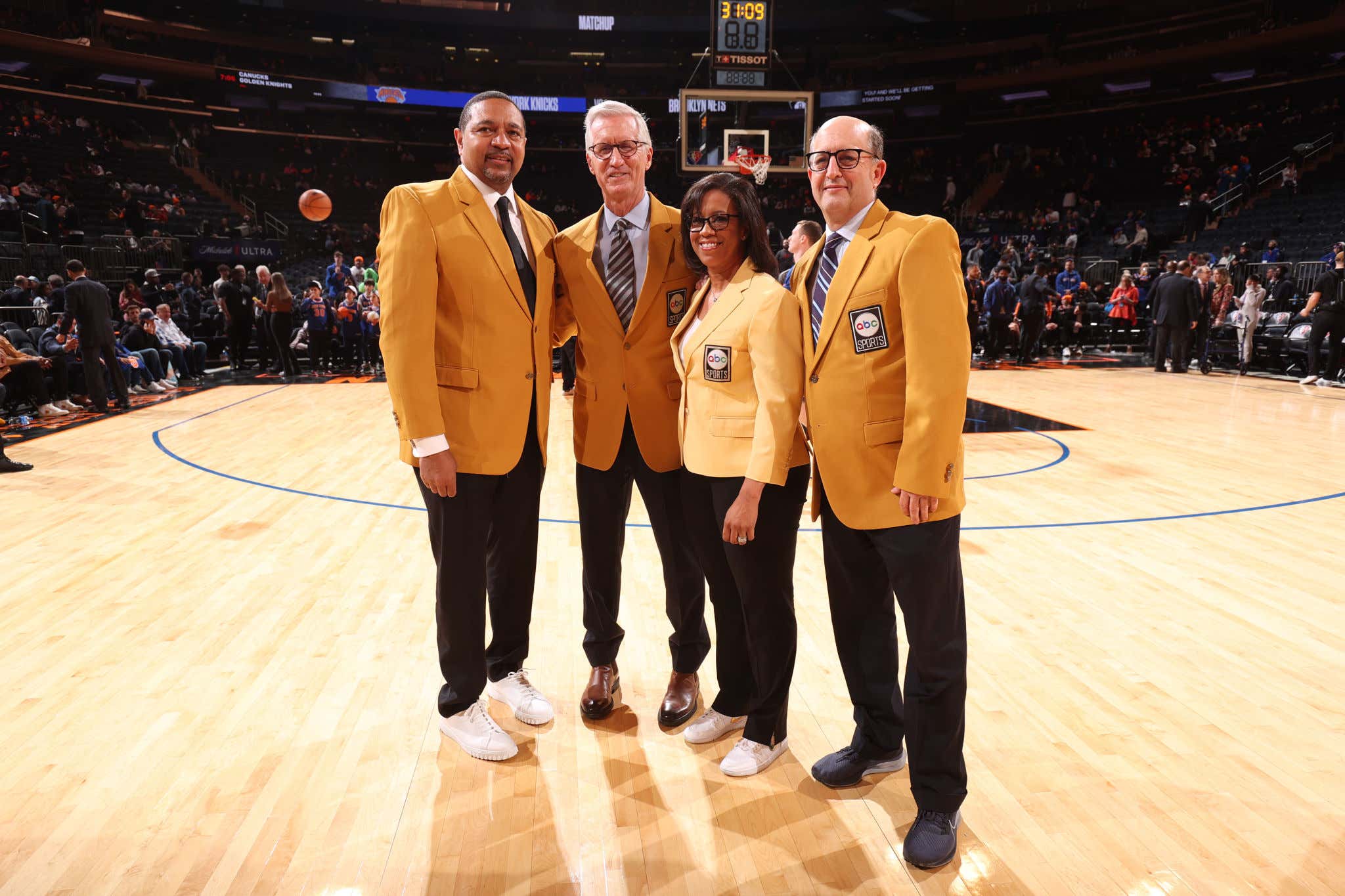 Look, I'm all for the vintage, throwback look ESPN2 was going for with their graphics and celebration of 75 years of NBA history during Wednesday's game between the Knicks and Nets at Madison Square Garden…

I'm not sure if it's the fact that I've just been staring at a screen all day, or that I'm not eating as much as I should, or maybe I'm just dehydrated and my equilibrium is off from sitting down too long or something, BUT. Damn. I am DIZZY after witnessing that first half.

This isn't meant to blame the artistic integrity the Four-Letter Network was obviously striving for. The camera crew did a fantastic job holding up their end of the time-travel initiative. However, it turned out SOMETHING LIKE THIS:

With the zoom locked on perpetual movie "ENHANCE" mode, when both teams went up and down the court, it was a lot of swift side-to-side motion that got me a little seasick.

Unfortunately, footage of this whole first-half frenzy is scarce on the Twitterverse, but this provides some idea of what was transpiring:

AT LEAST two people on Twitter agree with me, and probably more if I could find the proper keywords to search for:

So to recap the opening half:

That last category is mostly because the Knicks actually decided to show up. Fittingly, the iconic franchise whose only two championships were won in the 1970s started BALLING OUT in the second quarter when the graphics and telecast style switched to that particular decade.

It's too late for the Knicks to get into the play-in tournament, so tonight's game is of no consolation other than a little bit of New York Bourough pride. Let's be real: the state of pro basketball in the Big Apple is pretty awful at this point, and no amount of dressing up a telecast can mask that.

Oh well, at least Kevin Durant is having a little fun — and trying to help out the youths! — to spice up an otherwise uninspiring rivalry: