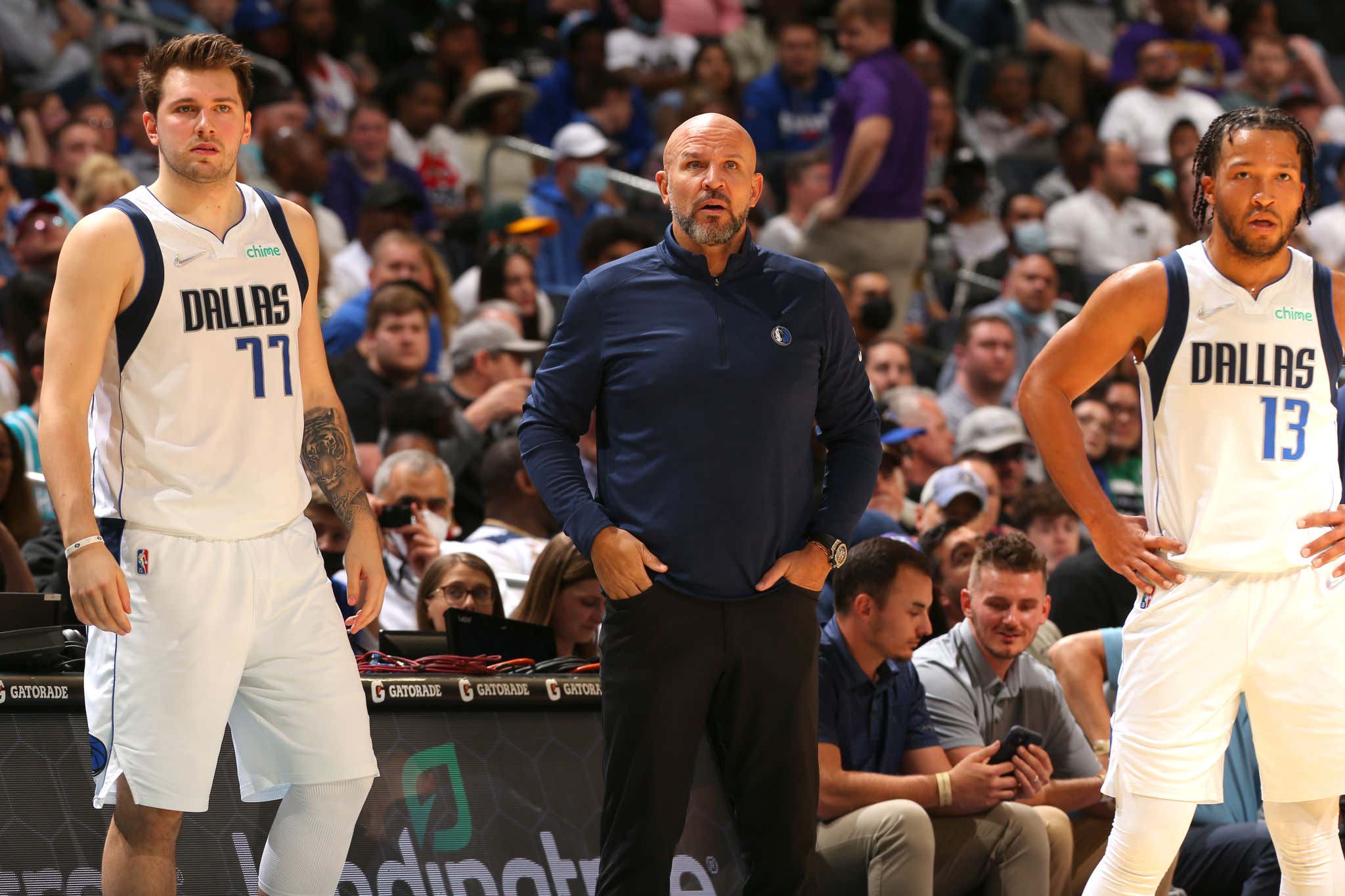 We live in a hot take world. You can't go a day without having to give off a take nowadays. You do it, I do it, everyone on the internet does it, TV shows are literally based off that concept, it is essentially who we are as a culture. Often times nobody gives a shit about your take, but you're absolutely going to give it. More often than not, you're wrong. I'm wrong all the time about almost everything in my life that isn't the Boston Celtics. I was right about them. Deal with it. So I thought with the 2021-22 NBA regular season coming to a close in the next few days that it would be fun to look back at some consensus takes that existed way back in the summer/early in the season. Who doesn't love operating in hindsight? We all want to puff our chest out when our takes come to fruition, but what about the ones that collectively swing and miss? There were certainly more than a few of those as we got ready for the season. Let's see how these things have aged over the last 6 months

Take 1: The Mavs were stupid to hire Jason Kidd

I think for the most part we were all a little confused when this news broke. Rick Carlisle stepping down was a bit of a shock when it happened over the summer and it was an even bigger shock when Kidd got the nod. Remember, this is a dude that at best finished 2 games over .500 in his 4 seasons in MIL. All time he was 9-15 in the postseason. There are some that will say it was Kidd that started to mess up Giannis which is why they had to get his ass out of there. I know I was certainly confused about this hire and didn't think it would work

Uhhhh well here we are on the brink of the playoffs and the Mavs have a great shot at a top 4 seed. The Mavs have built a top 7 defense in the league, yes that's right, the Mavs. That's up from 21 last year which seems pretty good. Luka is thriving and looks better than ever. It looks more and more like Kidd wasn't just a good choice, but he was the right choice for this group. We all knew that if the Mavs were ever going to get over the hump, they had to fix that defense. As brilliant as Luka is, they just couldn't stop a nosebleed and it always seemed to do them in. Now? You can't score on this team. They are 2nd in the NBA in opponents points (104.8) trailing only Boston (104.3).

We were all wrong about this hire. I can say that with certainty.

Take 2: Daryl Morey is fumbling the Simmons saga and won't get anything that good for him

Lord knows I said that a time or two, you probably did as well. We all did. Wrong. Dead wrong. Could not have been more wrong. Think what you want about James Harden, but the fact remains that Morey's plan worked. We killed him for not taking the Kings package or the Pacers package because we're idiots and have no idea what is going on behind the scenes. At the end of the day, he got James Harden. Time will tell if that works out, but from a return standpoint nobody was saying that Simmons was going to bring in that caliber of player. We all talked like Morey would be lucky to get a fringe top 20 guy.

Take 3: The Lakers will be in the Finals and are a favorite to win the title

Now, this is not something I believed. You never heard me utter those words but certainly others did. I think ESPN is still talking about that possibility despite the Lakers being eliminated already. Did you know that? The Lakers couldn't even qualify for the play in. How embarrassing for them and their fans.

Side note, if you think I'm not going to work this into every single blog I write today I'm starting to question whose blogs do you think you've been reading for the last 7 years? 17 games under .500 and no future. Sucks to suck.

Take 4: Jayson Tatum and Jaylen Brown can't work and should be broken up

Uh, again, if you thought I was going to leave this out I again question whose blog do you think you're reading. The crazy thing is, this came from Celtics fans too! How much did I have to hear about "wahhh the Celts are .500 over 100 games wahhhh blow it up" It was everywhere!

Nope. Wrong. Dead wrong. Turns out the rest of us were right. Not only do Tatum and Brown work together, they thrive. The Celtics as a team, are legit. Just like I've been telling you for the last two years even when they couldn't stop playing like assholes and had a bunch of lineup inconsistency. Their demise was greatly exaggerated and the takes look even worse today.

Take 5: The DeMar DeRozan contract was a bad idea

When the numbers came out (3/$81M), you heard things like it was an overpay or the Bulls were stupid to make such a move. Nope! Wrong. I know the Bulls are sliding a little bit but that's not on DeRozan. He's been incredible and worth every single penny. The Bulls were immediately way better than expected despite injuries and DeRozan is basically why. He started doing shit we hadn't seen since Wilt and was for a time playing at an MVP level. Not only that, but $26M/$27M/$28M isn't even that bad! There are way worse contracts in the league owned by players nowhere near as good as DeRozan.

I bet there are a bunch of teams that see this version of DeRozan and are kicking themselves for not stepping up this past summer. How could there not be with how great he's been.

Take 6: This will mostly be a rebuilding year for Toronto

Kawhi left, Lowry left, a young roster, this maybe wasn't the craziest take entering the season. Now? Wrong. Well, it's still a rebuilding year for the Raptors but not in the sense that they'll be in the lottery. Nope, as of now, they're a top 5 seed. Scottie Barnes looks like he's "that guy" despite being a rookie, Gary Trent Jr has fit in pretty well and Siakam figured out how to not be completely terrible but actually unstoppable at times. As of this blog they are 13 games over .500 at 46-33 and most places had them at only around 35 wins back in October.

What else is there to say about this other than we were all collectively wrong? You could now make the case they are a tough playoff opponent for whoever draws them. They have championship experience, great length, a good coach, and legit depth.

Take 7: The Warriors will become unstoppable once Klay comes back

When we all waited for Klay to make his return, it was a little terrifying. With how amazing the Warriors looked to start the year when you remembered they get to add one of the greatest shooters ever that was certainly a cause for concern. Well, since Klay's return on 1/9, the Warriors are 21-20. Of course there's some context needed with this. Not having Draymond for about 2 months was pretty massive. Then Curry got hurt. That's obviously going to impact their record.

But what is also true is the Warriors have yet to truly look like their unbeatable force even in the games with Klay/Draymond/Steph. This doesn't mean they can't in the playoffs, but so far Klay's return hasn't been this overwhelming addition that we maybe initially thought it would. A quick look at the on/off splits and it's certainly not what I expected 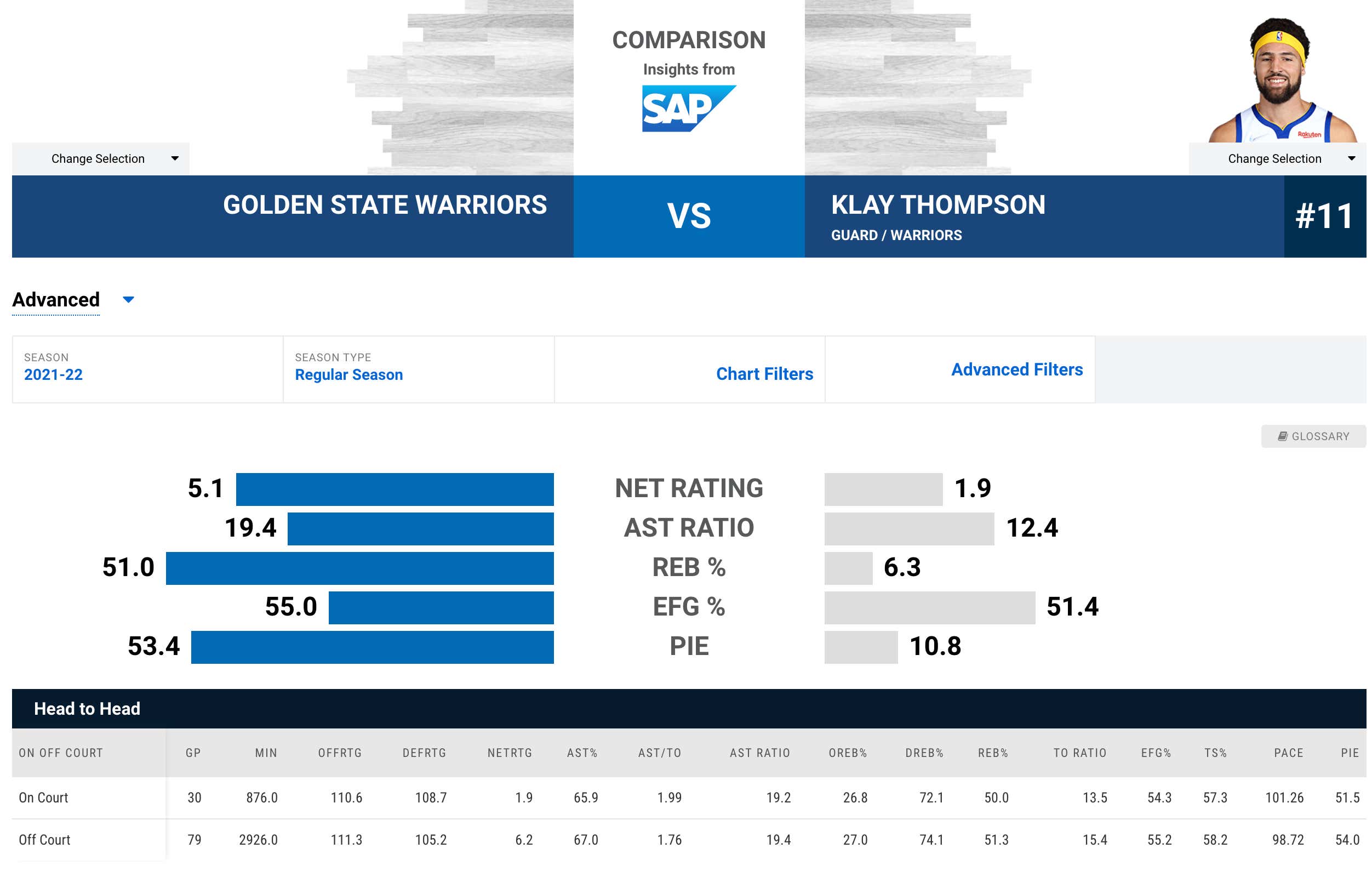 Take 8: The Knicks have arrived

BING BONG! Remember that? Feels like 20 years ago. Turns out, the Knicks have not arrived. Last year's run to a 4 seed looks more like an illusion than a reality. Julius Randle fooled everyone it seems. They learned a valuable lesson of what happens when you don't surprise anyone anymore. You get one season of that usually where because you're trying all the time in every game, you have a lot of surprise wins. Happens all the time throughout NBA history. The Hawks have also learned that lesson this season as well.

If you remember, Knicks fans were over the moon about bringing in Kemba and Evan Fournier. As a Celts fan, I never heard the end of it over the summer. Sadly, those decisions don't look to be working out. People talked about this team heading into the season like they were a lock for a top 6 seed. They are currently 35-44 and a 12 seed. Looks like that was wrong.

I'm sure there are others I'm forgetting, so I'll open it up to you. What were some of your favorite early season NBA takes that now when we look back look absolutely terrible? That's the beauty of this sport in my opinion. You can fire off takes left and right all you want, but ultimately it'll be proven on the hardwood.

The best part is this is for sure going to ramp right back up again as we enter the playoffs. People will talk in certainty about something that is completely unpredictable. It's what we do, we can't help it and that's not changing anytime soon.