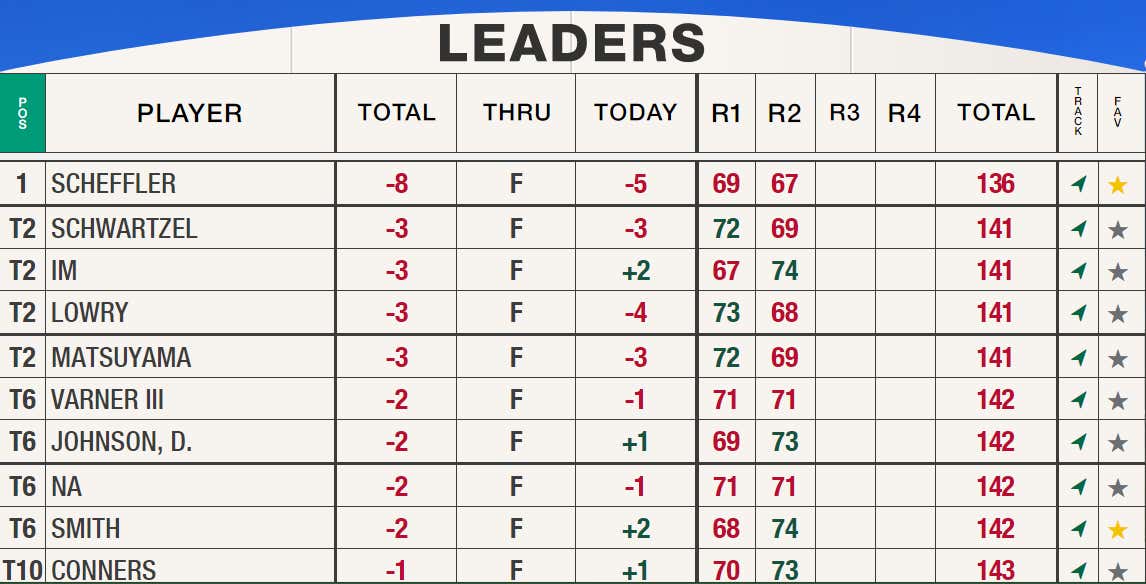 Another day in the books at The Masters. Things got a little dicey there for a while, eh? Wind was whippin hard and changing directions and giving guys all kinds of fits. It looked a lot like the late afternoon guys were in for 18 holes of chaos, but it did calm down a bit and let those guys have some scoring opportunities on their back 9. I loved the carnage but that was probably for the best. Don't want your tournament dictated too heavily on tee time draws like THE PLAYERS was earlier this year.

Anyways, plenty to get to, let's roll…

World number 1 is playin like it. Commanding lead and was lighting it up on the back today. You could say he left a couple out there too, especially when he missed that bunny on 9.

Scottie's just been a model of consistency. 13/18 on greens hit both days, 11 and 12 fairways hit on Thursday and Friday. He's just been a wagon. He has 3 bogeys thru 36 holes, and all 3 came in a 4-hole stretch if you combine 18 yesterday and the first 3 holes today.

Scottie came into the year with the label of a guy who contended a lot, but couldn't seem to push one over the finish line. He's proven he's quite the opposite since winning in Phoenix. There's a ton of golf let to be played, but the guy is nearly even money to finish the job. And I think he will.

He did it. Tiger Woods is playing the weekend at The Masters. You can argue til you're blue in the face as to what the bar should have been for him this week but we should just be thankful he's here. The fact that we're getting 4 rounds is a bonus. It's hard to picture him winning this tournament at this point but that's okay.

He looked a bit better out there today despite the shaky start. He was hitting driver with a little more gusto and hit a couple more fairways. The way he played from #7 forward is the type of game that would give him a chance if he wasn't already chasing 9 shots. I suppose Tiger's always been a Moving Day wagon, so maybe he's got something in store for us tomorrow. Either way, a thrill just to have the GOAT back.

He was firmly in the losers section yesterday and I said he'd have to have a big day today to even start to talk about his chances of getting back into this tournament. Well he did that and more. I really thought he had an uphill battle to even make the cut with a later tee time given what the conditions were supposed to be. His round at Sawgrass in that crazy wind a few weeks ago should have been proof of what he's capable of when the going gets tough. Even with that nasty duck hook on 13 he was able to fill it up with 6 birdies and only 1 birdie. Helps when your putting is best in the field.

This shot on 16 shows he knows his way around here.

He's firmly in the mix now, let's see if he can chase down Scottie.

Verne Lundquist - When somebody aces 16, we all win.

Shane Lowry - Only JT and Scheffler beat his 68, might be the best player in the wind on the planet 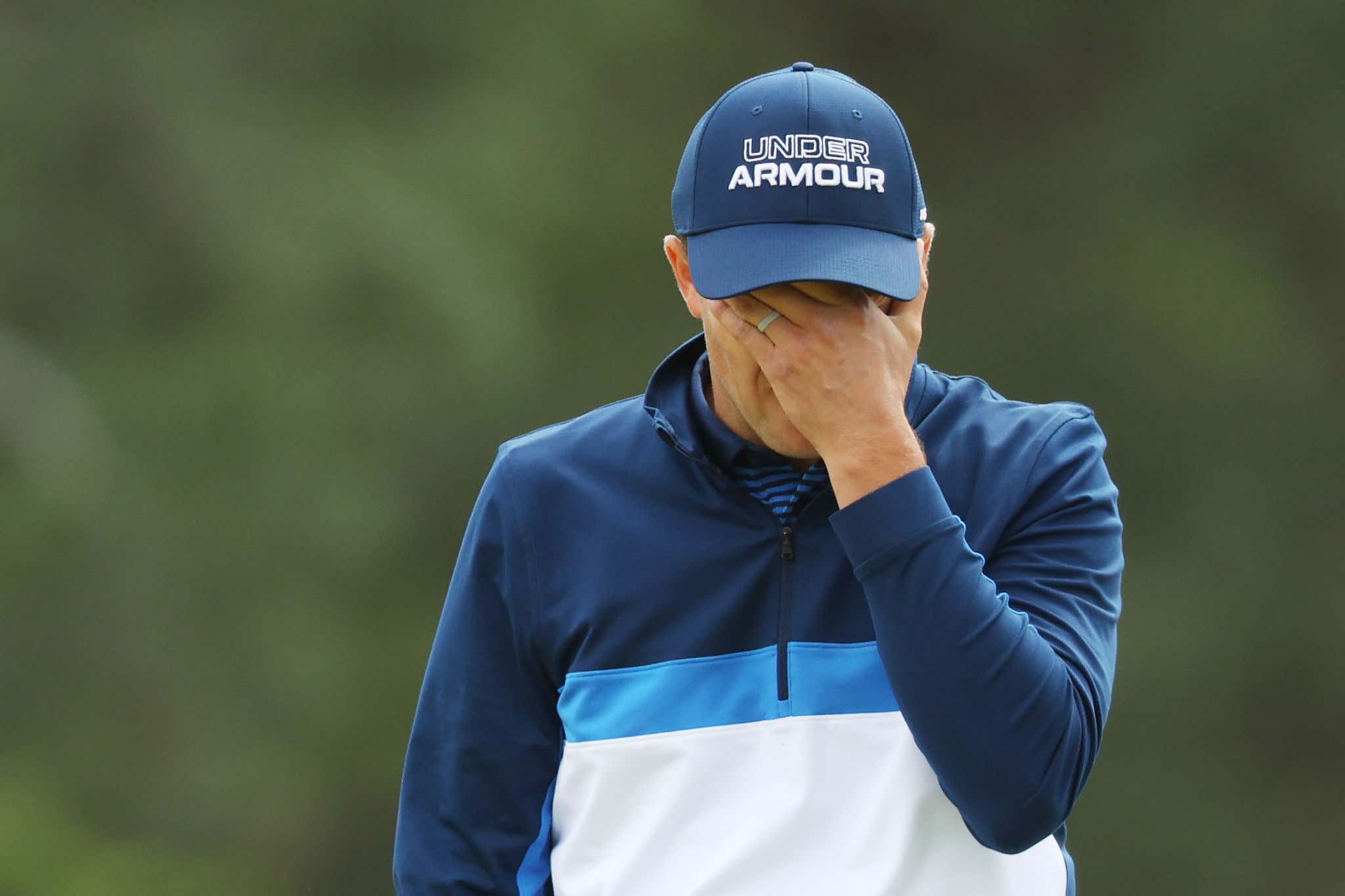 Guess the magic's gone huh? First missed cut in his career at the Masters and really couldn't get anything going. He looked a lot like the Jordan Spieth who spent 3 or so years flailing with no game. Even when he's at his best he can be shaky from tee to green but where things really go sideways for him is when he starts missing short putts. That's started to become a habit for him and it's so easy to do that in a place like Augusta. 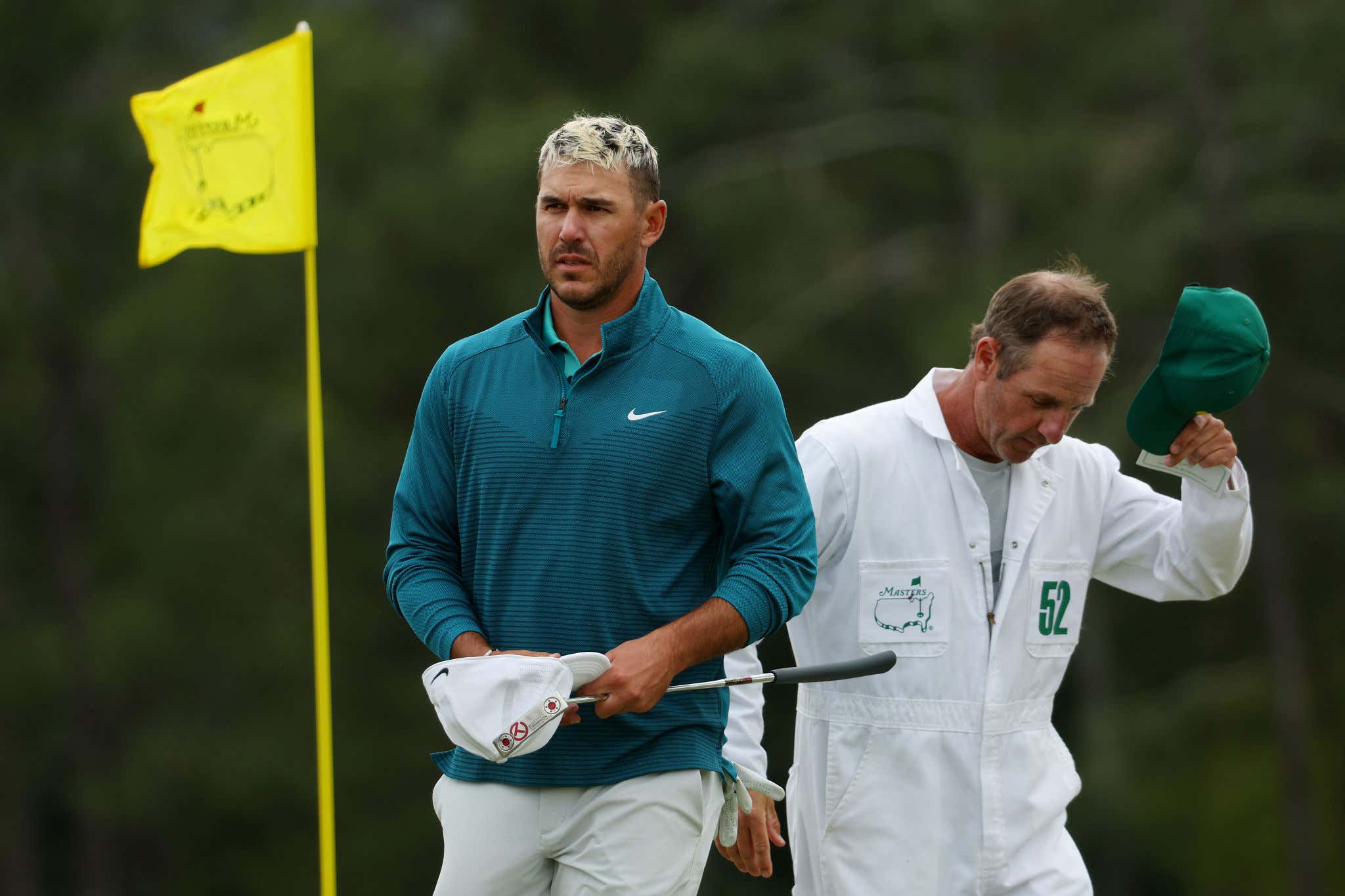 Back to back 75's has Brooks on a flight out tonight. That makes two straight years missing the cut here after sniffing around a win the handful of years before that. He only made 3 birdies this week and hit 8 greens today. That's simply not gonna cut it. I'm not sure if he's still got injuries lingering but with each passing year he looks more like the golfer he was before that blistering major run than one of the best in the game.

Bryson DeChambeau - As is tradition 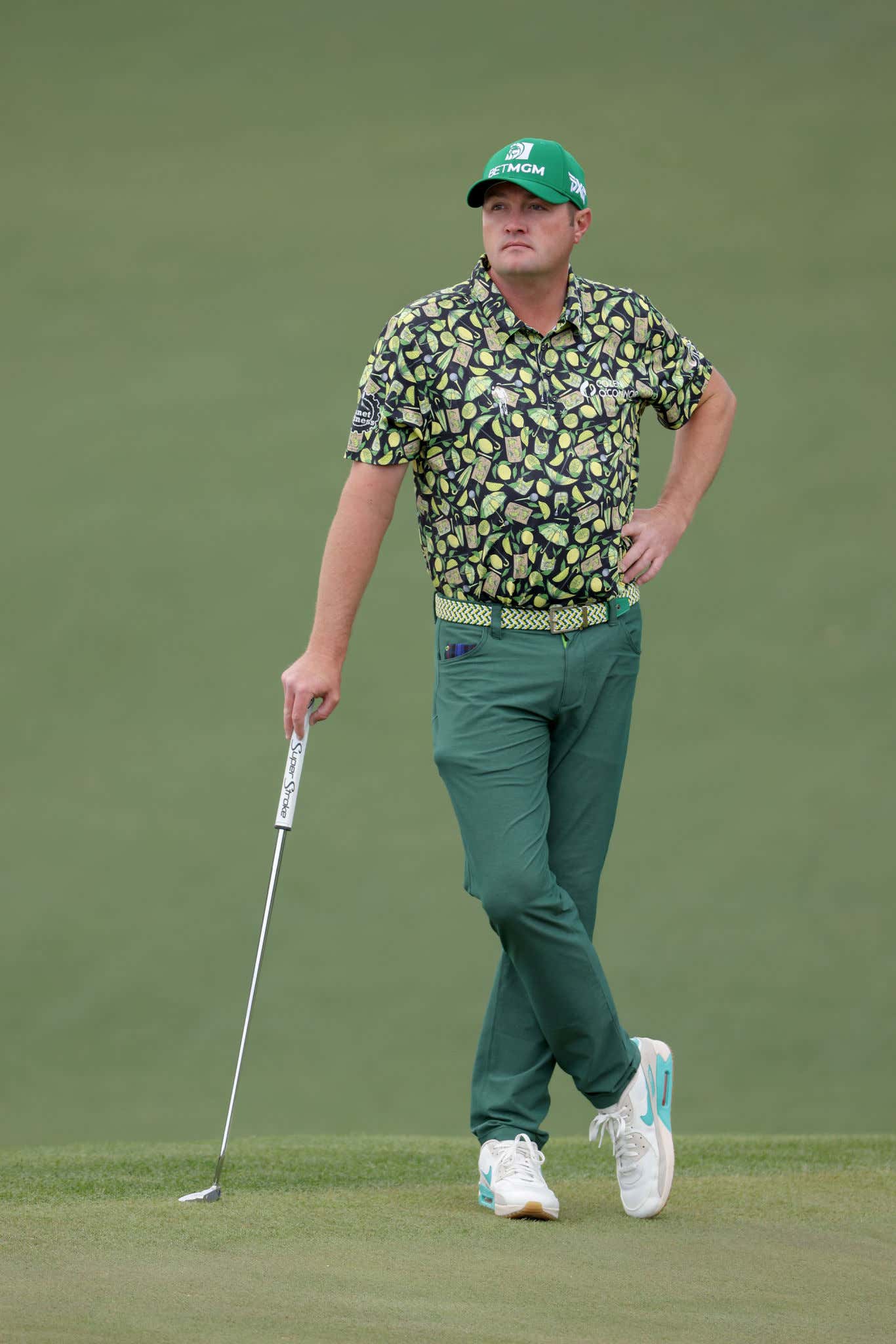 Day 3 betting preview to come. For now, enjoy some highlights.