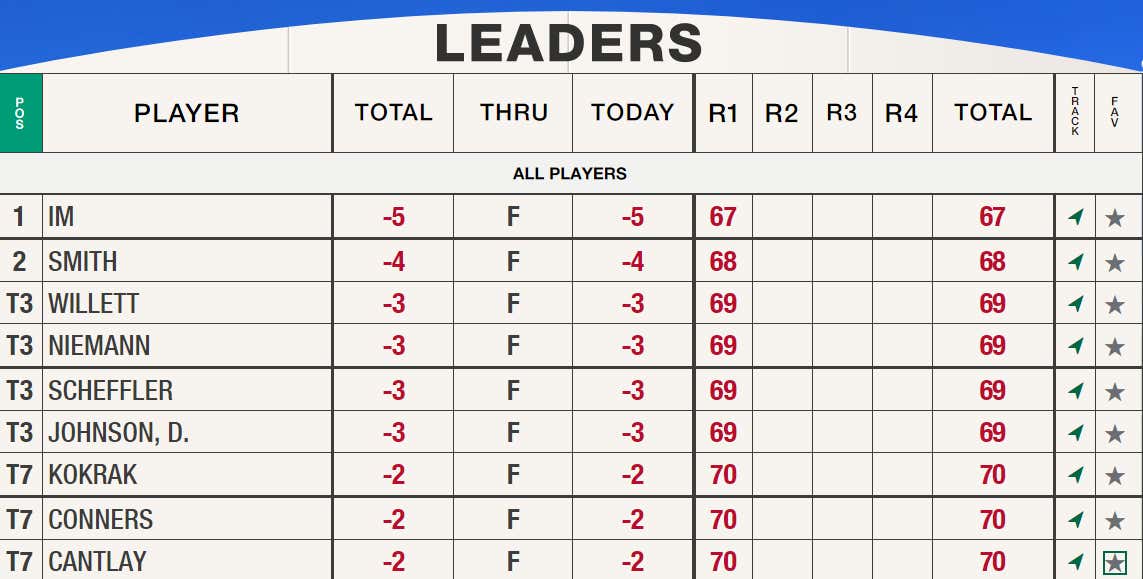 First day in the books and whaddya know. The Masters delivered.

Course played pretty tough out there! Only 17 guys in red figures and only one guy carded a 67. That's the highest 1st round leader since Bill Haas back in 2014. The wind was gusting on and off, the course played firmer than the players expected (sub air babay!!), and I loved every second of it. Plenty to get to, let's hit it. 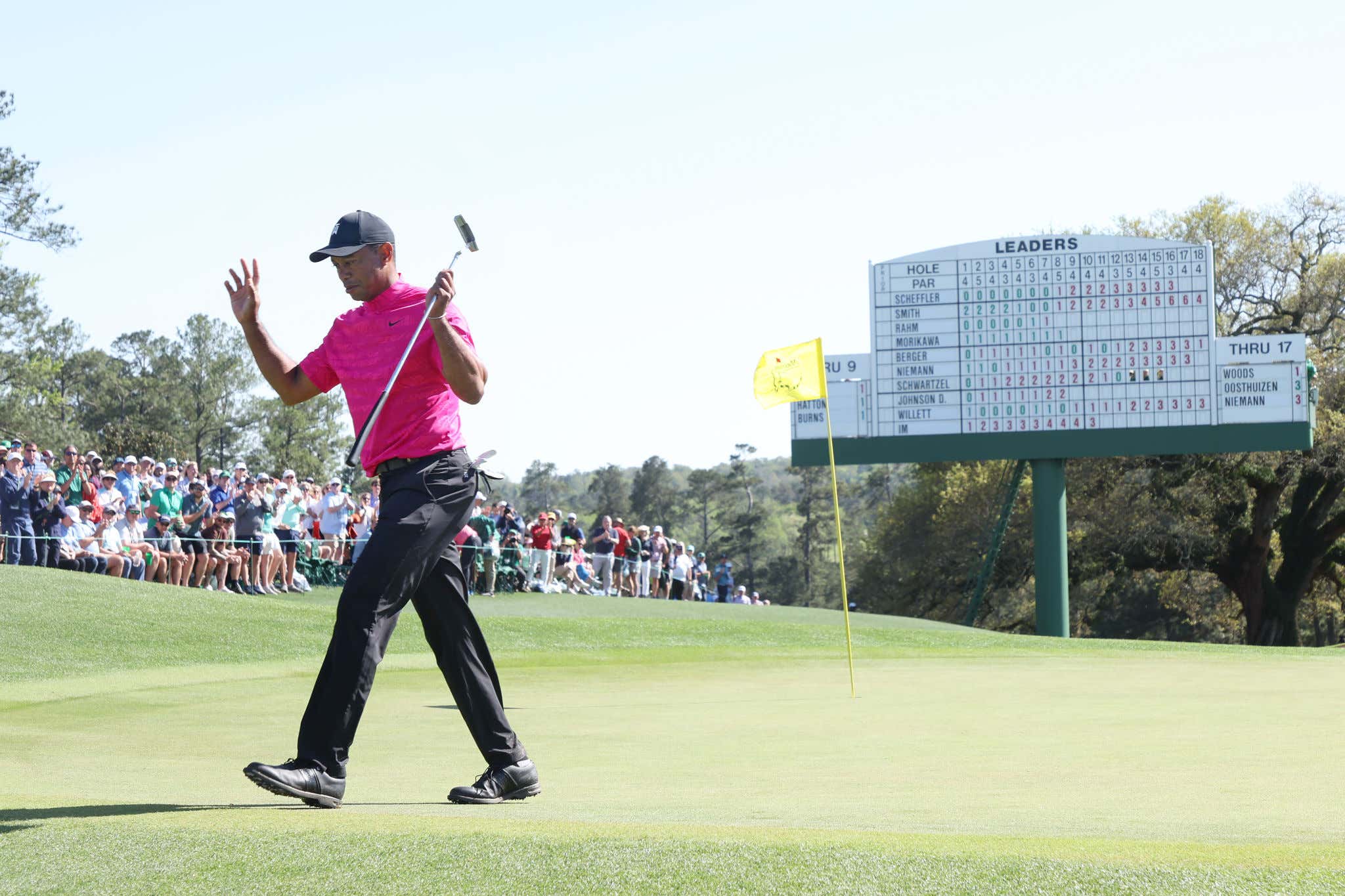 I mean come on. Yeah there were other golfers out there today but the story today is Tiger. 500 and some odd days since he'd teed it up in a competitive golf tournament and he's out here competing. There was some good, there was some bad, but ultimately it was a masterclass in managing one's game and it was fantastic just to see the guy out there.

The rumors and reports about his game all week have proven to be true… mostly. The stats show he hit 8 of 14 fairways and averaged 288 yards off the tee. Very good! But there were a few drives that were flailed off the tee to the right. His drive on the 1st hole (which counted for a fairway hit) is a great example of that. That spinner is the type of drive that's susceptible to get eaten up by the wind and the wind is expected to pick up as the tournament goes on. He also only hit 9 of 18 greens, including 5 straight missed in the middle of his round.

The good news is the guy can still strike the absolute hell out of an iron.

He can scramble his balls off too. His par saves on 7, 11, and 18 were magnificent and showed the old fella still has all the feels. And he should've had another one on 14 after a ridiculous out from the left pine straw.

The putter was huge for him today too. Made a ton of 6-8 footers to save par and poured in this beauty on 16 and gave us the vintage fist pump.

All in all, Tiger's still got it. He had to grind out there, but if he can continue to hit fairways he's got a chance at this thing. 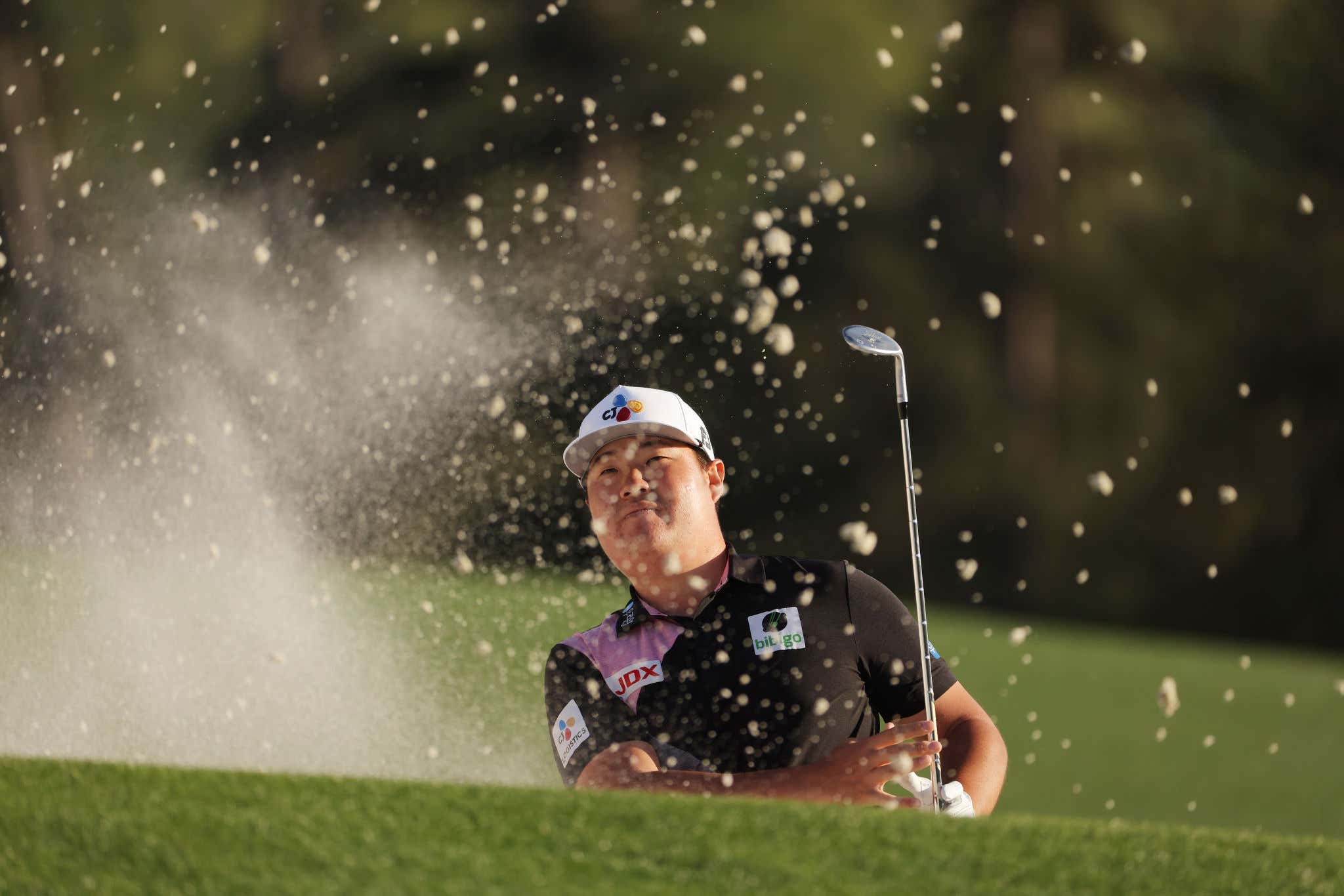 I faded Sungjae in my Thursday preview.

Sungjae balled out today. Came out absolutely firing with 3 straight circles. When Sungjae is on, he's an absolute machine. He hit 12/14 fairways and hardly found himself in trouble. This hybrid from a nasty side lie on 13 led to one of 3 eagles on that hole today.

At this point I can't ignore Sungjae's Fall Masters runner-up, especially given other high finishers DJ and Cam Smith from that year are near the top of the leaderboard again. He's got the game, he just hadn't shown it much lately. We'll see if he falters. 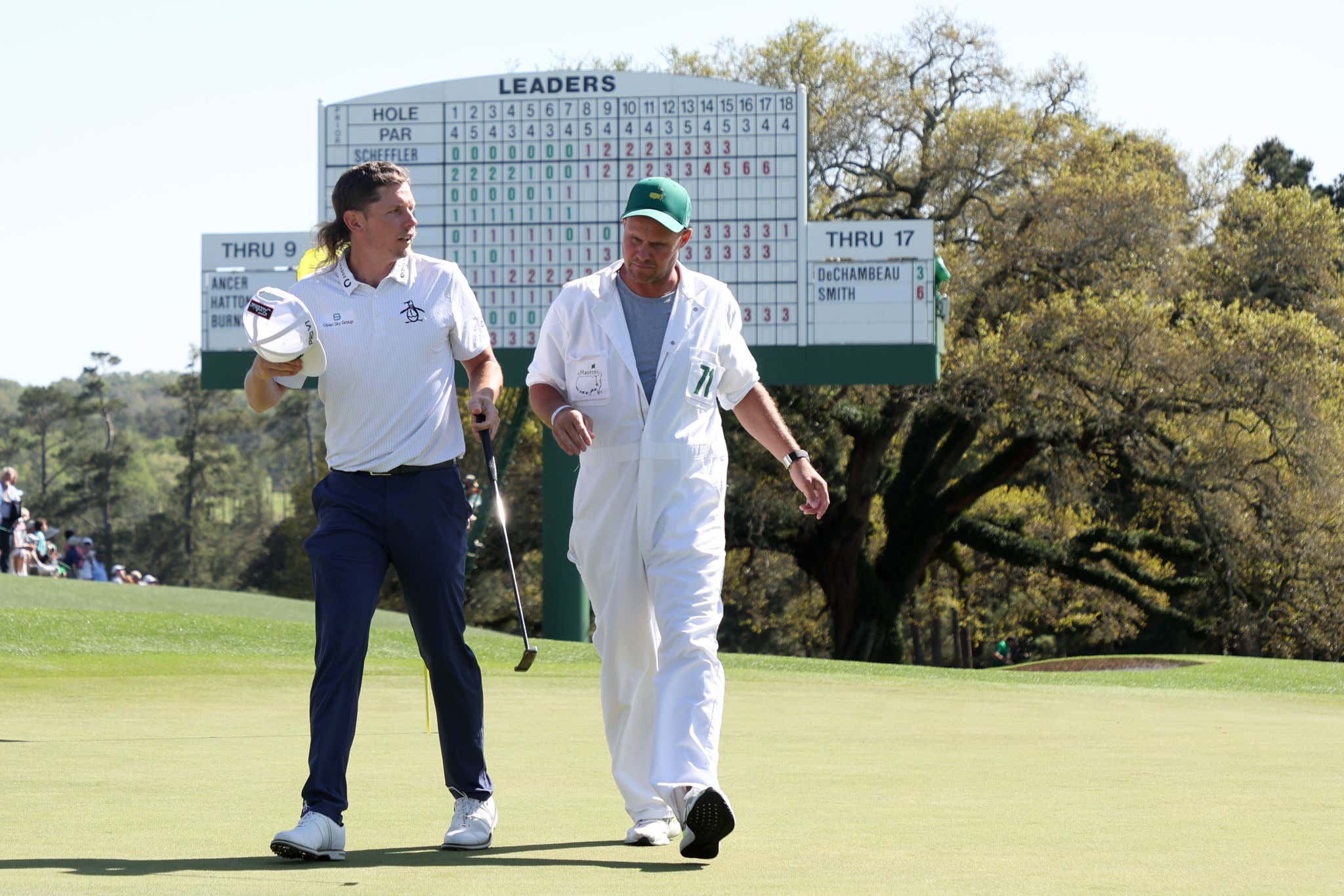 Who the hell bookends his round with double bogeys and still shoots 68? Cam Smith, that's who. Another day, another psychotic ass round by the Aussie. Shades of his final round at Sawgrass a few weeks ago.

1 and 18 are traditionally two of the toughest holes here, so can't get on him too bad for those. Everything he did between the two was near perfection. I mean 8 birdies in 16 holes? -3 on the par 3's??? The formula to winning at Augusta is to play the par 3's in even and make your money on the par 5's. But Cam doesn't care. Cam does things his way.

Fist pumpers everywhere - We're so back.

Rae's Creek - It always does. 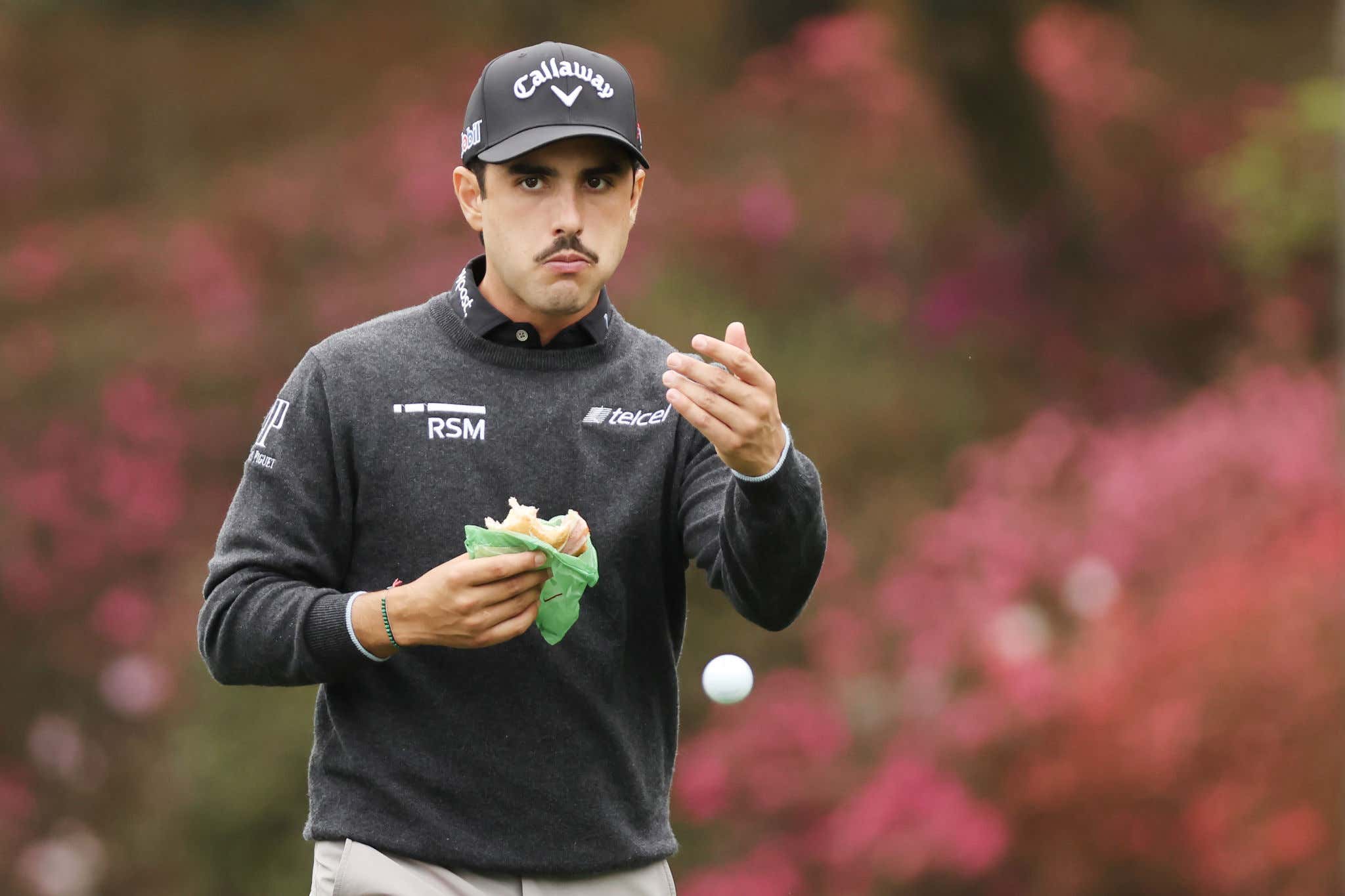 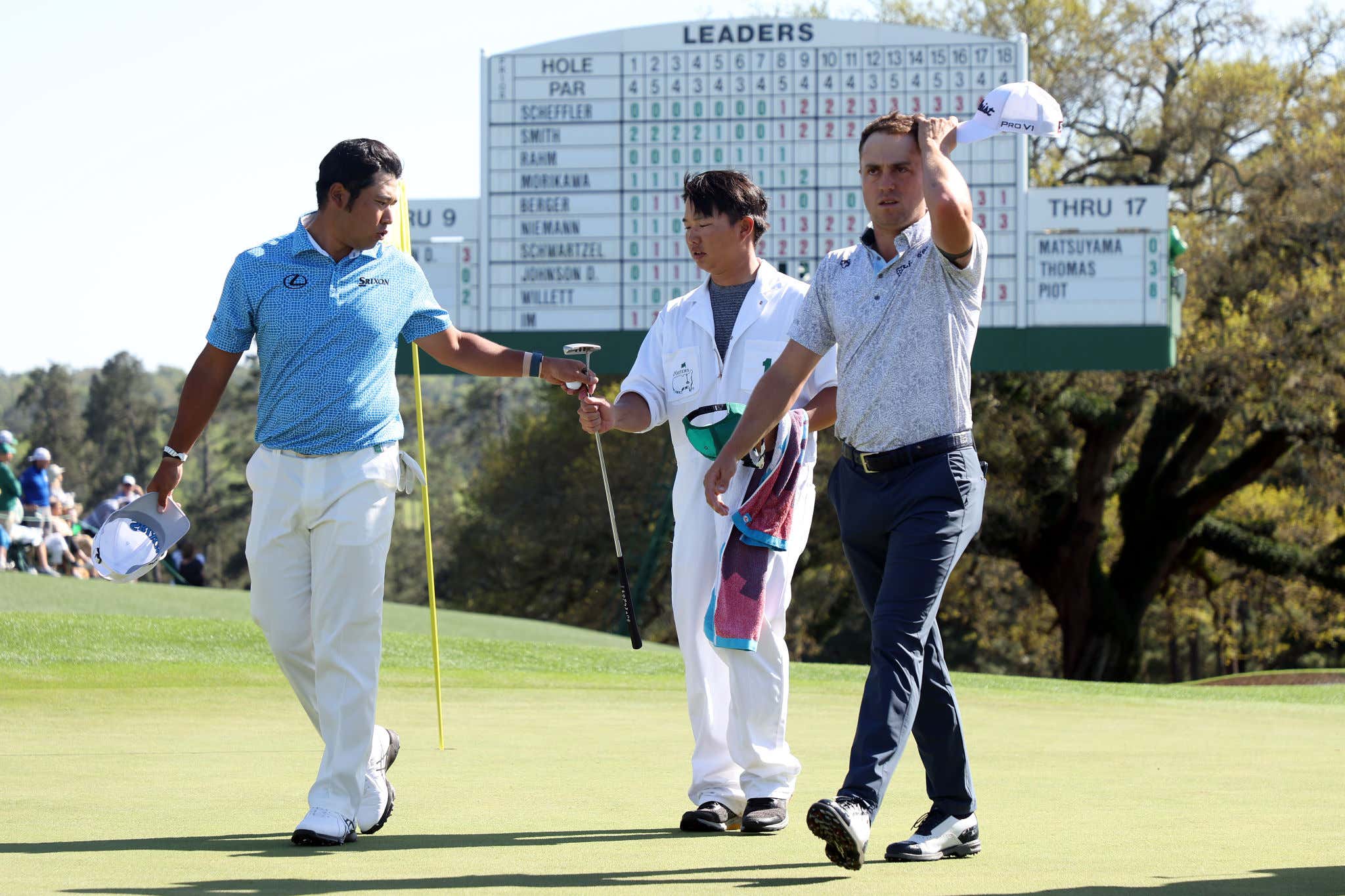 Tough scene out there for JT. Lucky for him, people were so wrapped up in Tiger mania that hardly anyone noticed. I, and those who might have backed him on my word, did.

JT just couldn't get it going today. He only hit 6 greens in regulation today. Six! Only two guys in the entire field hit less. Honestly stunning from one of the best ball-strikers on planet Earth. It's a damn-near miracle he shot 76 with a number like that. His putting numbers were actually amongst the best in the field, otherwise he'd be sunk. It's probably safe to say his chances of winning are kaput, but he's actually only 2 shots outside the current cut. Need a big day from him tomorrow. 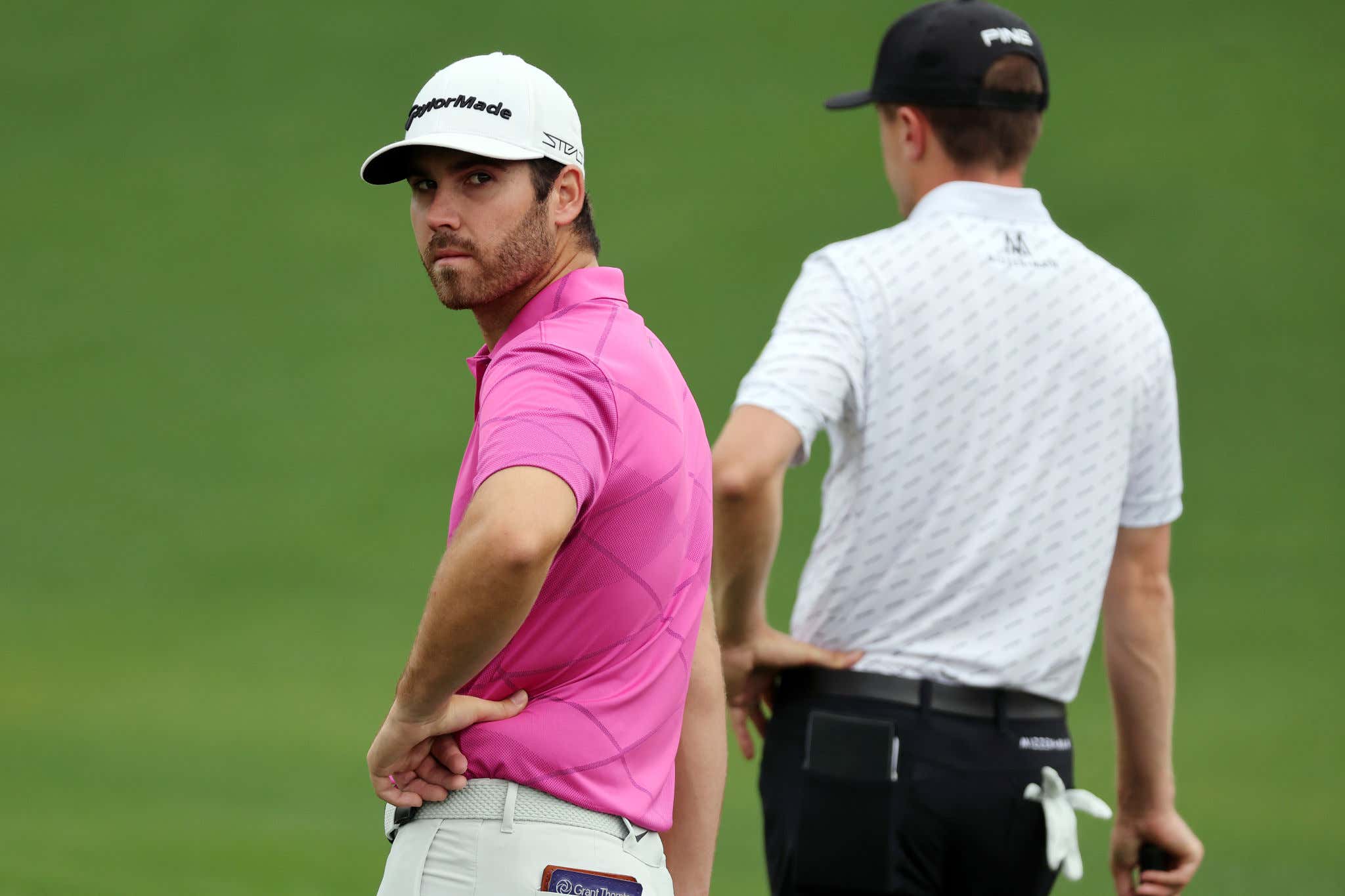 I don't want to beat up on the kid too much because he's clearly been going through it for a while now. I said he was one to fade this week and he went out and proved it. He already took that sabbatical last year so I'm not sure what the solution for him is. He can still hit it a long way but he was dead last in driving accuracy and dead last in GIR's. Spray city. Hope he finds what he needs and finds it sooner rather than later.

Louis Ooshuizen - Hit all 14 fairways and shot 76. Really tough to do.

Whoever in broadcast production was supposed to have eyes on Tiger's first tee shot - Rare miss. C'mon now. 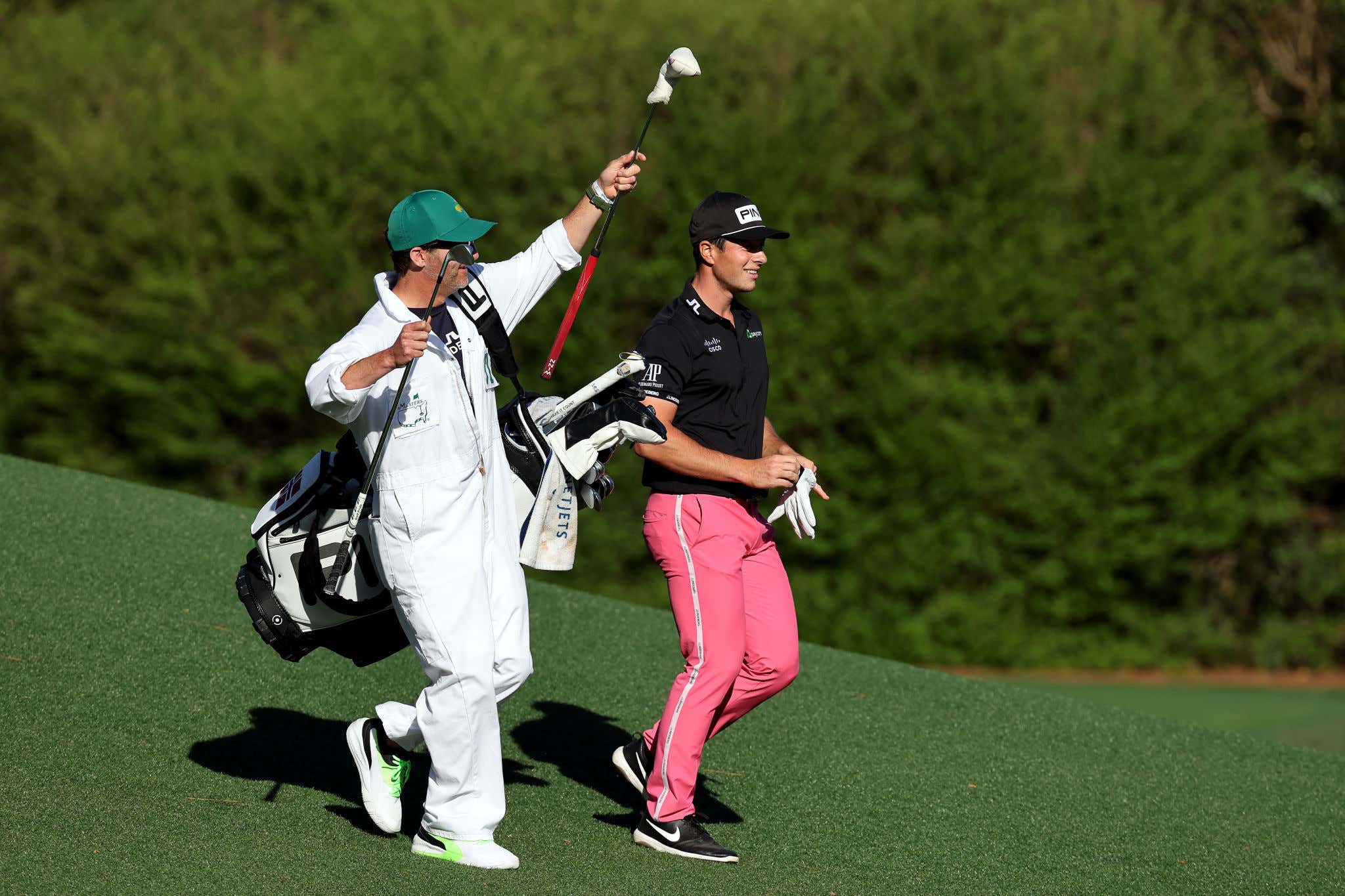 I'll be back before long with some day 2 betting material. Swung and missed on Leishman and Spieth today. Tomorrow will be better. For now, enjoy some of today's best action.