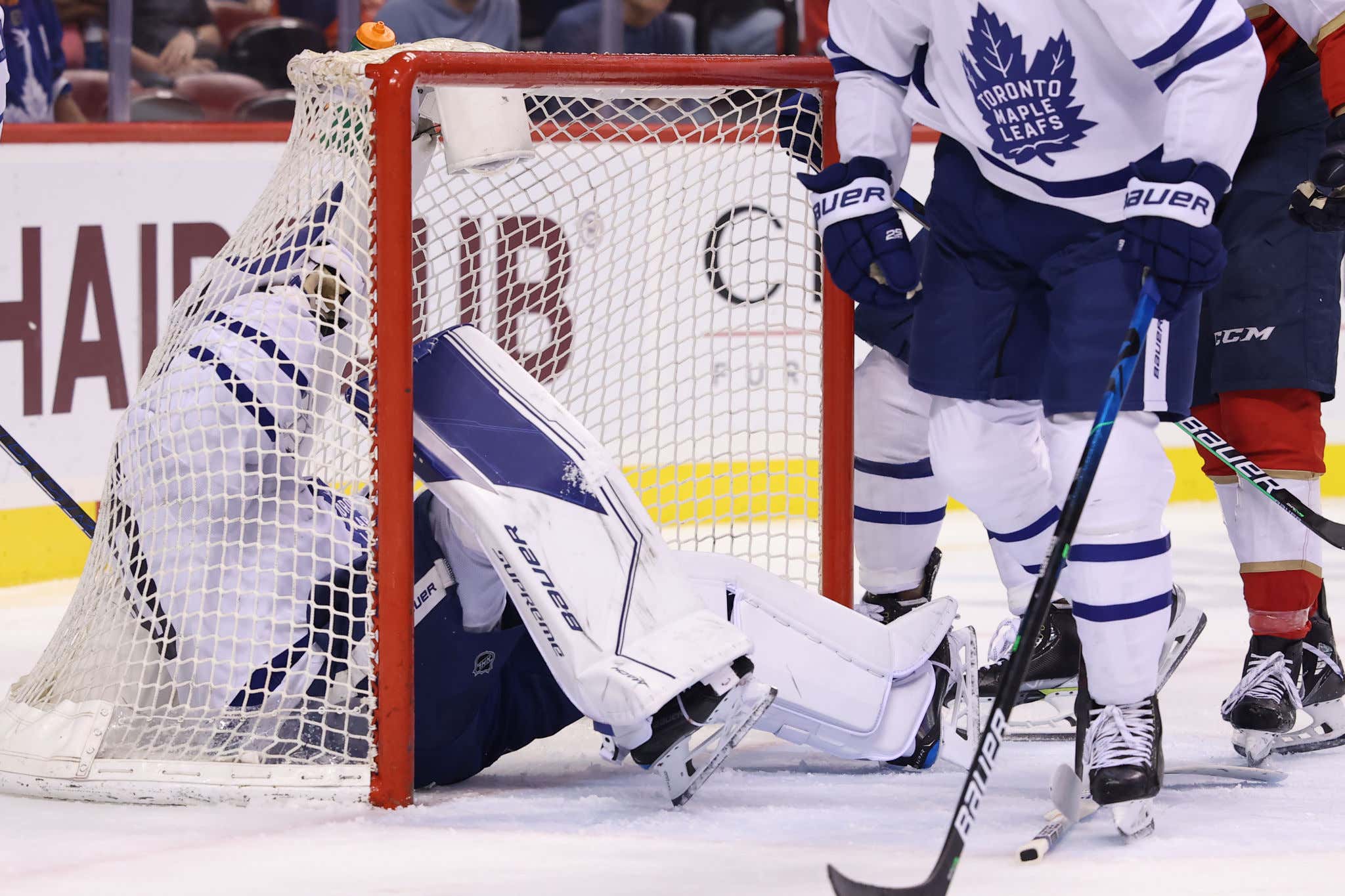 They say that a 2-goal lead is the worst lead in hockey. But I guess you have to convert to metric units when we're talking about Toronto, which means that a 3-goal lead is their biggest nightmare. In particular, building up a lead of at least 4-1.

Ahhh yes, that's right. One of the most hilarious collapses in modern history. And since that moment 10 minutes and 43 seconds left in the 3rd period of that game 7, the Leafs have blown 7 of such leads. SEVEN. The most recent of which came last night against the Comeback Cats when the Leafs thought they even added an extra insurance goal to give themselves a 5-1 lead.

You want to beat the Leafs in the playoffs? Pretty simple game plan you have to follow. Just let them score a shit ton of goals early, they'll think the game is over, then you score 5 straight and rip out their souls in overtime. Sure, it helps to have a guy like Jonathan Huberdeau who finishes the night with his 102nd point of the season. It also helps to make the biggest addition of the trade deadline by adding Claude Giroux to your top line.

But they've done it against Ottawa. They've done it against Pittsburgh twice. They blew a 5-0 lead against St. Louis. Hell, they did it just 3 months ago against Colorado. A lot of guys in the NHL have a thing for blow, but the Toronto Maple Leafs take it to the next level with blowing 4-1 leads. It's at the point now where I don't see how they don't just call off the dogs once they're up 3-1. The moment they get a 3-1 lead, they should immediately stop shooting. Only passing until the other team makes it 3-2, then they can get going again. Insanity is doing the same thing over and over again while expecting different results. Maybe just stop getting up 4-1 for a change.