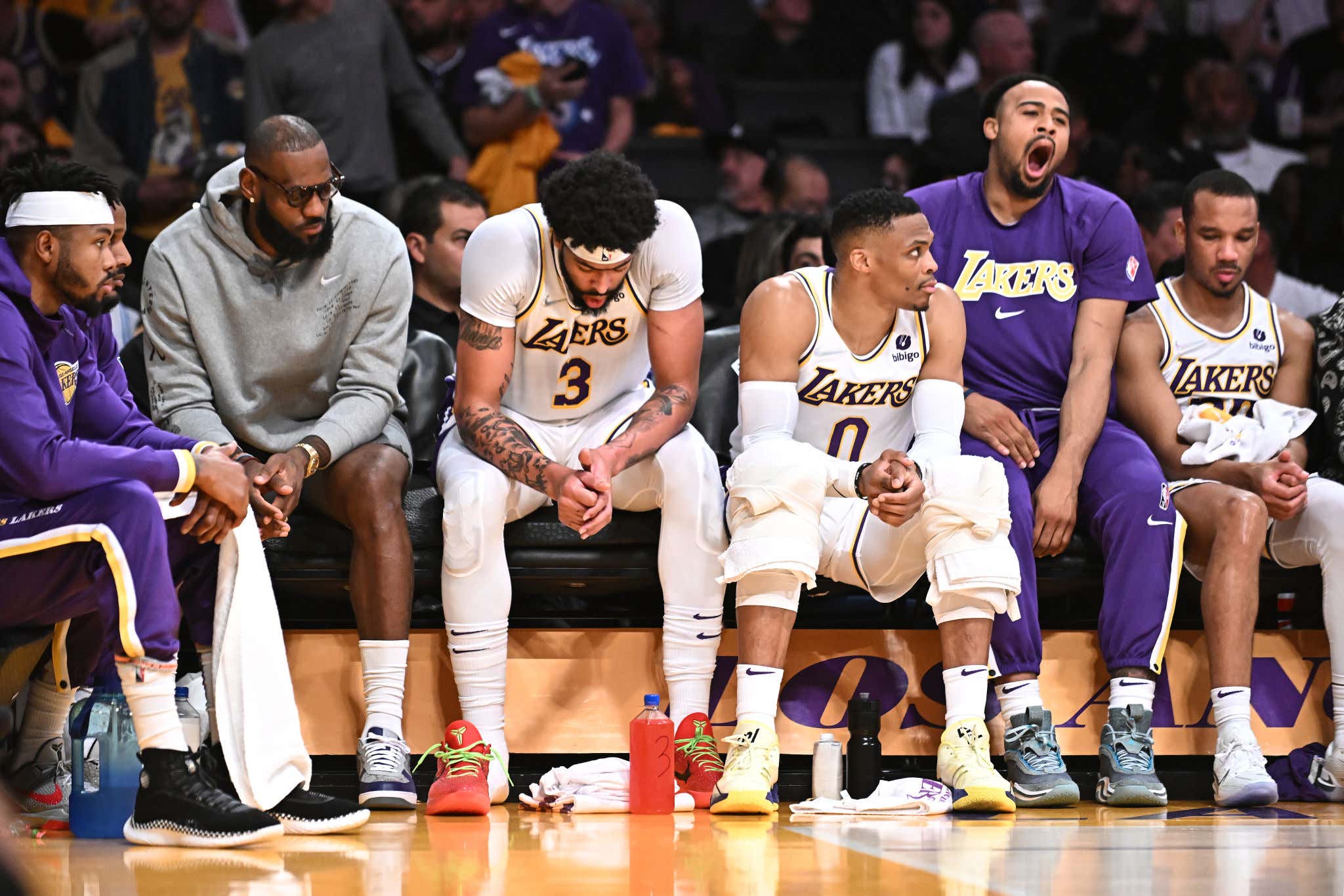 When the Lakers won the 2020 NBA championship in the bubble, who would've thought it'd come to THIS?

LeBron was inactive and helplessly looked on during Tuesday's blowout loss in Phoenix. There's just nothing good to take from the Lakers' 2021-22 season, which is literally historic in terms of how far they fell from preseason grace:

Anthony Davis getting injured was maybe predictable, but the roster assembled around LeBron was the oldest in the NBA. Beyond the past-their-prime veterans LA acquired, there was no young talent to speak of. Talen Horton-Tucker was gonna be a thing there for a hot second, but he never blossomed into anything special. He needed to be, like, an All-Star to salvage this wreck of a squad.

Yeah LeBron, love you and hell of a job scoring 30.3 points per game in Year 19, but we're just not gonna hold back at all here.

I would say to Lakers fans that everything will be OK. Except that's not true, because guess what? Russell Westbrook has a player option worth over FORTY-SEVEN MILLION DOLLARS. He would be an absolute psychopath not to opt in, even though he's an atrocious basketball fit alongside AD and The King.

The Russ Homecoming storyline was cool and all, but it never made sense on the hardwood. The trio of LeBron, AD and Westbrook were strangely coddled, and even though everyone knew it wasn't gonna work with Russ, there was always some misguided hope that it'd all eventually click.

You know how you properly build a team? Look no further than the Suns, who've knocked the Lakers out of play-in contention after topping them in the playoffs last year. They have a fine collection of young talent, with players who all know their roles and complement each other extremely well, led by a wily Point God legend in Chris Paul.

So, Westbrook is borderline untradeable. The Lakers are stuck. I don't know what they do. I frantically tried to work out any sort of trade scenario. No team in their right mind, even a tanking one, would even see the appeal in taking on Westbrook's contract. A buyout would be crazy expensive, so I don't see that happening.

Frank Vogel is going to be a no-brainer fall guy. The mastermind behind LA's defense that won that bubble championship in Orlando is a convenient scapegoat. He's not really the problem.

No coach could make lemonade out of these awful lemons. Yeah, a yellow, sour food metaphor seems pretty fitting for the bitter disappointment Laker Nation is indubitably feeling right now.