Will Smith has seemingly transitioned into coaching youth basketball in the immediate aftermath of his incident at The Oscars, and his players appear to have learned from him in no time. Don't like what someone said in a joke? Slap 'em. Think the ref made a few bad calls in a ballgame? Gang up and beat the shit out of him.

This is obviously terrible, but good on that ref for not going quietly into the night. He at least put one of those little assholes on the ground before he got swarmed by another half-dozen of them. There wasn't too much he could do at that point. 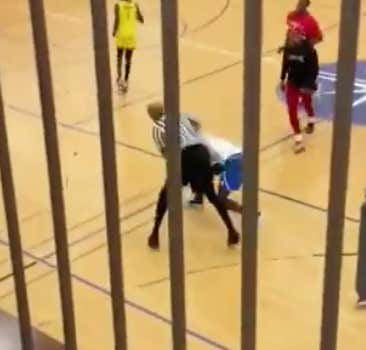 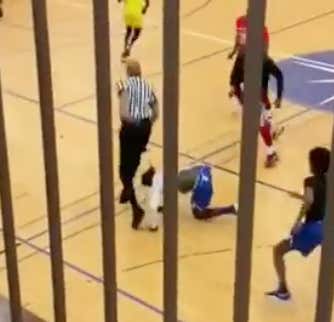 Where is some help from literally anybody else once this gets out of hand, though? There's another ref standing right there watching it happen. He wanted precisely none of the smoke.

Police are investigating the incident, but this seems like the perfect opportunity for a little bit of vigilante justice. If these kids don't want to go to jail, they have to stand there for 30 seconds and let the ref get as many shots on them as he can for as long as he was on the ground getting punched and kicked. I'd argue that may be a more effective deterrent than jail.