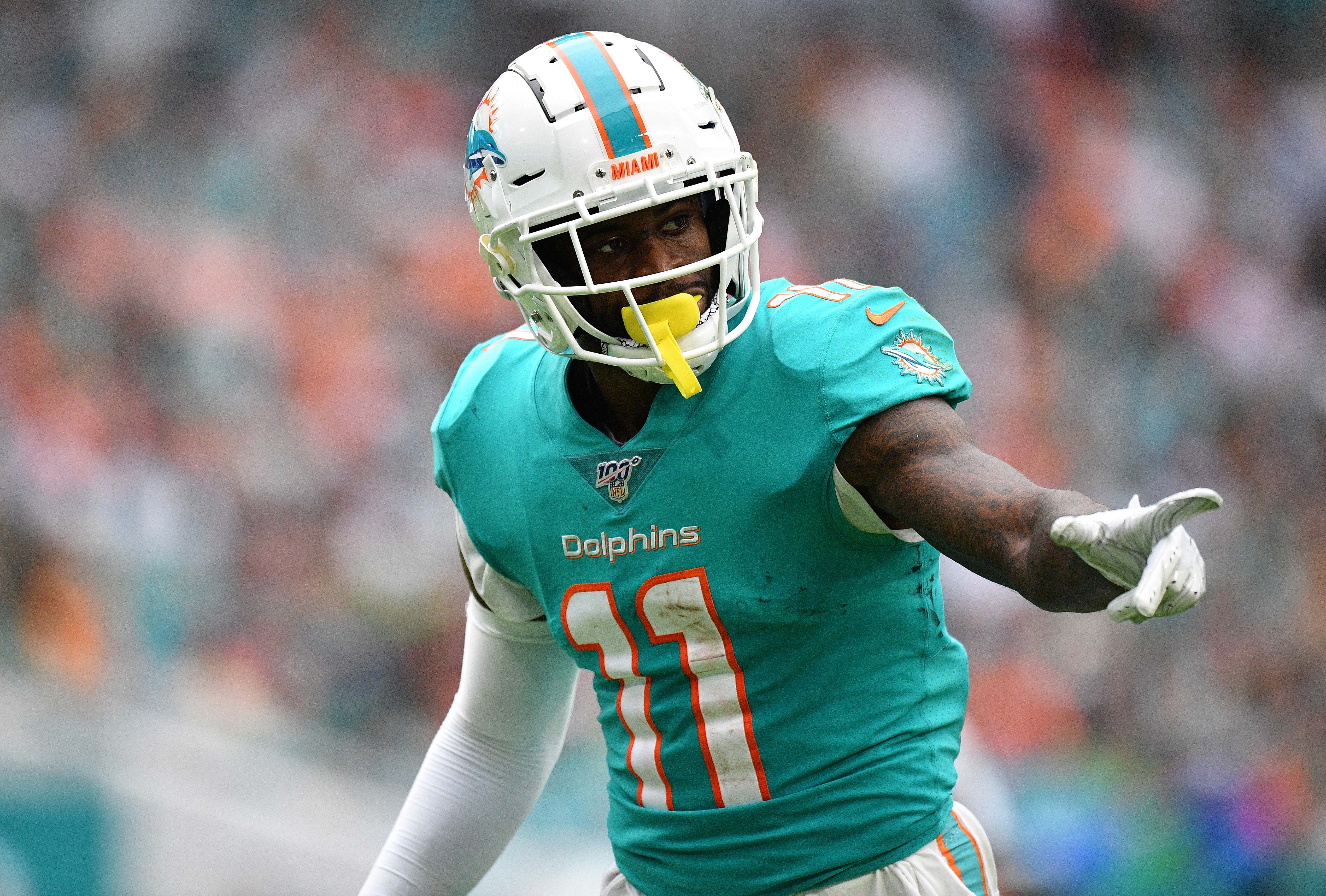 With all due respect to the other Patriots 2022 roster additions - Malcolm Butler returning to be the CB1, Mack Wilson adding depth to the linebacker corps, and versatile, Swiss Army players in RB/WR hybrid Ty Montgomery and DB Jabrill Peppers, are more than welcome here - the new shiny toy that's getting the playing time in every Pats fan's imagination right now is DeVante Parker.

Yes, we all understand nothing is guaranteed with Parker. No one needs to be reminded his career year was three seasons ago, and it's no coincidence that was the one time in his seven year career he didn't miss any games. Or that he played roughly 80% of the Dolphins games in that time. Or that he became available because they added Tyreek Hill, who's responsible for ruining more coaches' pants than the Steak Nacho Fries Burrito. We know already. Stop killing the mood. Positive vibes only.

Massholes are excited about Parker not just because he's a size/speed combo guy the likes of which we've not seen here in years. Or because from the first time he steps onto a practice field he'll be the best outside-the-numbers receiver Mac Jones has been paired with since Alabama. But because in an offseason when the team has been passed over by the all the biggest name free agents, Parker arrives in New England because he wanted to. That he, in fact, requested this trade:

“From my understanding, (Parker) is someone that Coach Bill Belichick has liked for a long time, has always respected his skill set and really someone that he considers to be a solid addition to his receiving corps. And then it went the other way, too. DeVante Parker wanted to be a member of the New England Patriots.

“He didn’t have a no-trade clause, so he didn’t have the power like that. It’s not like he’s Russell Wilson. But from my understanding, he made it very clear that he wanted to be a member of the Patriots, and as soon as general manager Chris Grier realized that was the best deal that they could get, it worked out well for all sides.”

This despite the fact he was drawing a lot of interest elsewhere:

As a fan base, people in New England don't ask for a lot. As Nomar Garciaparra used to explain to new teammates, all we want is that a guy work hard, appreciate the fans, and act like he wants to be here. Then we'll embrace him, and defend him against the world. That's especially true of Patriots players. We get that it's not an easy place to play. The head coach is demanding. The assistants work players harder than anyone in the league. Very little in the way of shenanigans are tolerated. Players like Reggie Wayne have come to Foxboro and noped their way out of here in a matter of days, if not weeks. Guys like Cassius Marsh have complained to anyone who'll listen that he had no fun playing for Belichick. Rob Gronkowski decided to stay home for free rather endure another year of it. So when someone willingly chooses to come here of their own volition when they have other, easier, more enjoyable options, it means a lot.

Parker is just such a guy. And as an AFC East veteran who's stood across from the Pats watching how they operate 12 times in his career, with seven of those times at Gillette, he knows full well what a harsh, dystopian, joyless hellscape life here can be. And he chose it anyway. He chose the path of most resistance. Working for a man who will offer him very little in the way of warmth and affection, but will promise to get the maximum out of him. And that is enough to make Parker someone we will all appreciate. Though a repeat of his 1,200 yard, nine touchdown season and torching the Bills in a playoff win will go a long way toward that as well.

But that comes later. For now, DeVante Parker is the guy who wanted to be a Patriot in an offseason where they haven't been making a lot of additions. And that alone is good enough.