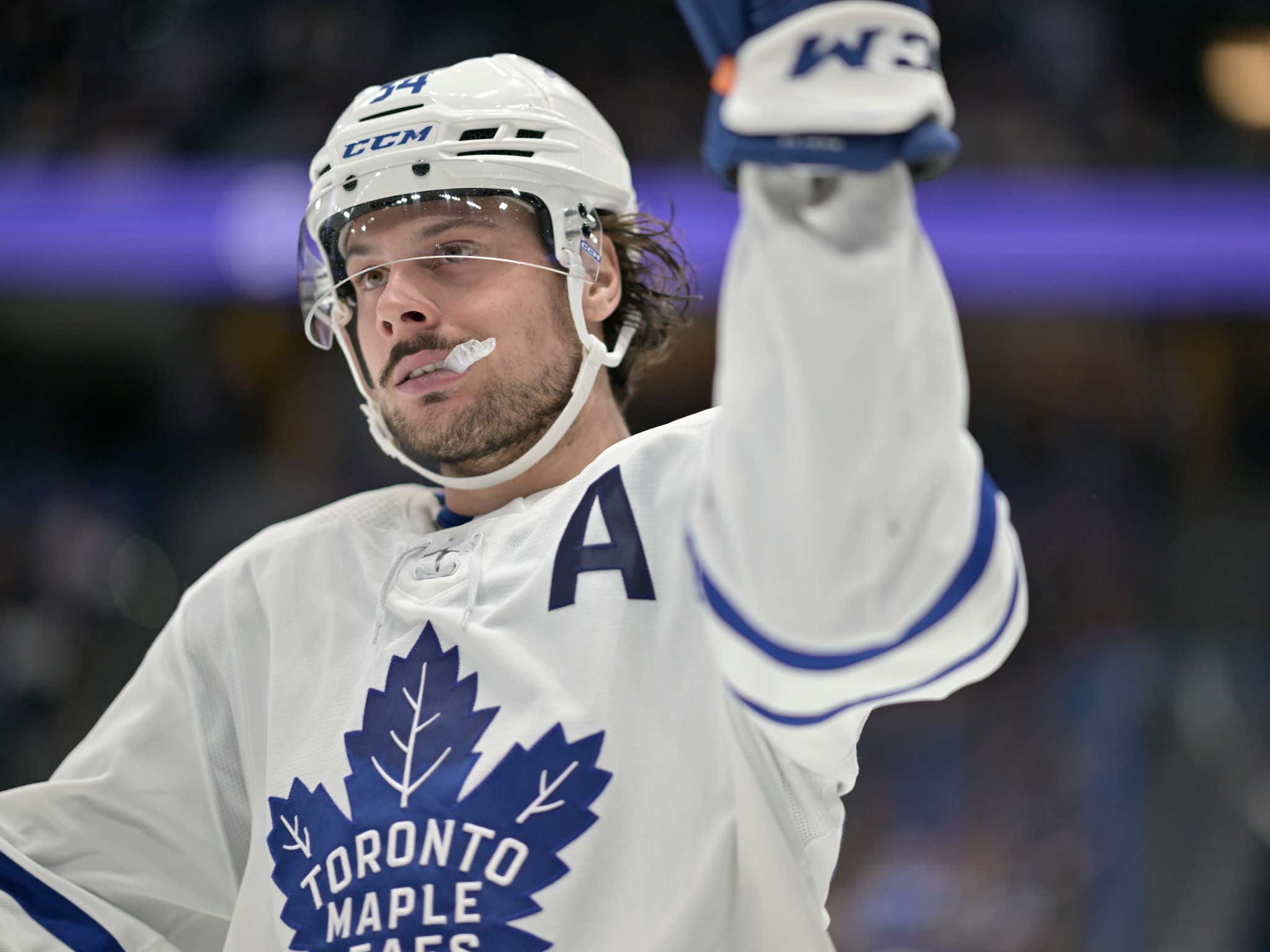 Auston Matthews tied the Toronto Maple Leafs record for most goals in a season last night when he had a hat trick to bring him to 54 goals on the year.

Vibin' indeed. It's been a killer season so far for Papi, but he still has plenty of time to make it even better with the Maple Leafs still having 13 games left on the schedule.

The NHL record for most goals in a single season was set by Wayne Gretzky (ever heard of him?) when he put up 92 goals in the 1981-82 season. 15 years before Auston Matthews was even born, and nobody has been able to hit the 90 mark since.

Now I know that 54 is a helluva long way from 92. But think about what Auston Matthews just did last night. That was a hatty against the 2x reigning Stanley Cup Champion Tampa Bay Lightning. That was a hatty against one of the best goaltenders in the league over the past 5 years. So if he had a hat trick against them, he could have a hat trick against anybody. Keep in mind that the Leafs have 13 games left.

Here's a little fun fact for all you boys and girls back home. 13 times 3 equals 39. Care to guess how many more goals Auston Matthews needs to break The Great One's record? 39.

Oh and one last thing. Wayne Gretzky scored his 92 goals in 80 regular-season games. Auston Matthews will score his 93 in just 77.