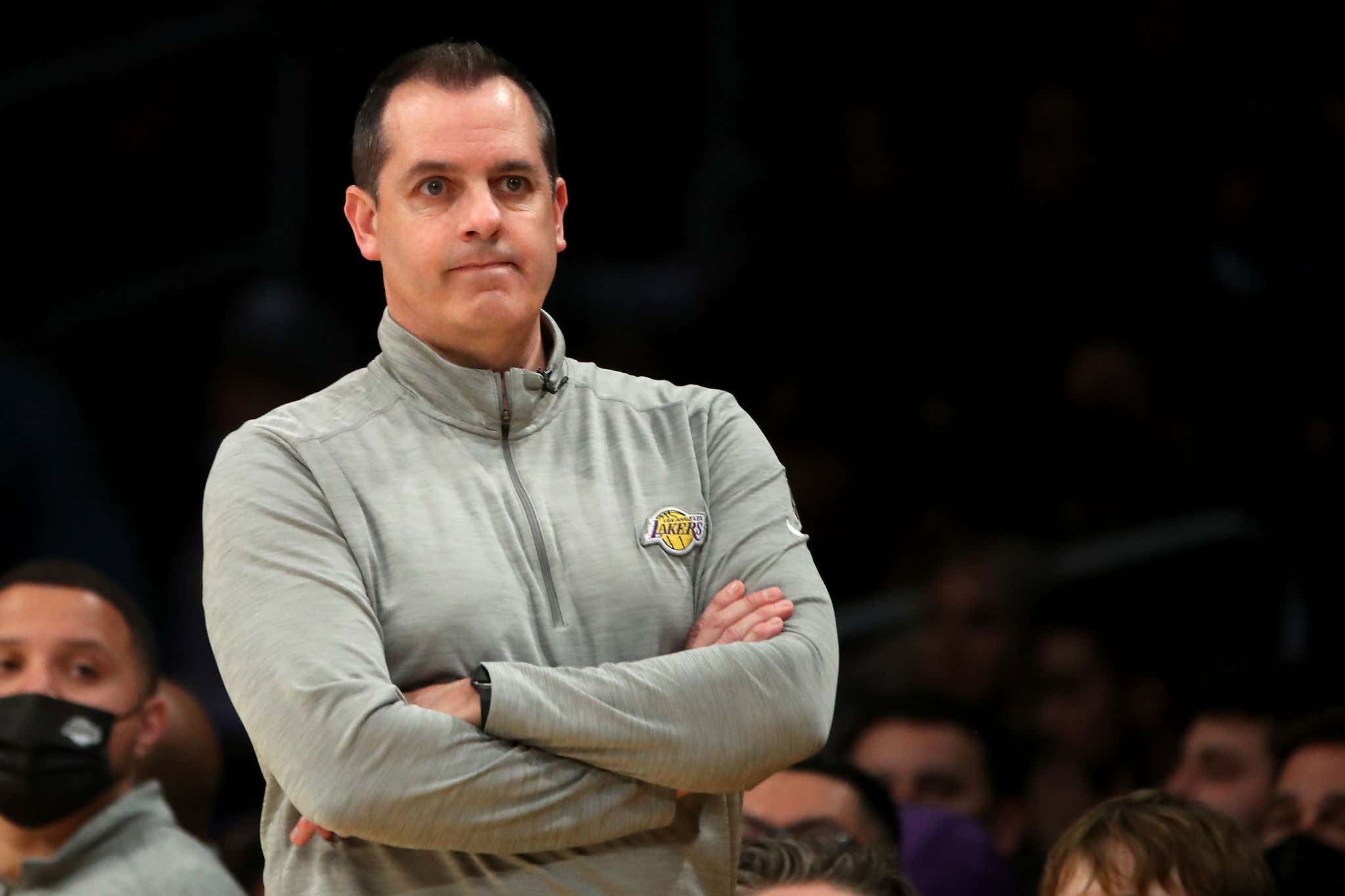 (Source) - As Marc Stein first reported, Utah Jazz head coach Quin Snyder is perhaps most often mentioned by league figures as a possible Vogel replacement. For now, Snyder remains entrenched in Utah and told Andy Larsen of the Salt Lake Tribune: “My focus is on our guys and our team. And as I said, addressing hypotheticals in these types of questions in any form I feel like is disrespectful.”

Yet that hasn’t dispelled the rumblings that Snyder, a Lakers assistant from 2011-12, may be inclined to step away from the Jazz following this season, especially as Utah has taken its own tumble down the Western Conference standings. The Jazz have dropped six of their last seven games. And once again, the microscope among league personnel has shifted back onto the long-term prospects of Donovan Mitchell and Rudy Gobert’s partnership.

There is, however, a healthy dose of skepticism around the NBA that Snyder would have interest in a hypothetical Lakers marriage. Snyder would appear to be just as prominent a candidate to one day succeed Popovich in San Antonio, even if Popovich endures on the Spurs’ sideline for the 2022-23 season.

Doc Rivers, the Philadelphia 76ers’ head coach, is another active bench leader being mentioned by league personnel as a potential Lakers candidate. Rivers’ tenure in Philadelphia has also come into question of late, spurred by team president Daryl Morey’s deadline acquisition of James Harden and the mounting speculation that followed about a potential reunification with Harden’s former Rockets head coach Mike D’Antoni.

Rivers has also been linked by several league sources as a potential replacement for the Jazz, in the event Snyder does depart Utah. Rivers was the head coach in Boston from 2004 to 2013 under current Jazz CEO Danny Ainge.

There will certainly be other candidates to replace Vogel. Multiple league figures contacted by B/R referenced the possibility that Lakers senior basketball adviser Kurt Rambis returns to the sidelines after several previous coaching stops in the league, including an interim stint as Los Angeles’ head coach. However, Rambis is said to be an integral figure in the front office and unlikely to resume a coaching role.

Tough break for Frank Vogel. Guy came to LA, helped the Lakers win a championship and now he has to be the fall guy for bad front office/LeBron roster decisions. Sure they could have just paid Alex Caruso and not given that money to THT who barely resembles a functioning basketball player. Sure they could have traded for the Kings package of Buddy Hield to bring in the much needed shooting the roster needed instead of doing what LeBron wanted and trading for Russell Westbrook instead. Sure they could have just bitten the bullet and not been poor and paid DeRozan. But they didn't, and now Frank Vogel has to be fired. I'm sure there are other things that Lakers fans will bring up like his rotations or strategy and all that shit and frankly I don't really care. The Lakers are down bad right now and I am enjoying every second of it.

But to think that we could live in a world where the Lakers try and fix their situation by bringing in Doc Rivers is simply too much for my heart to handle. That can't be real. Kurt Rambis? Oh hell yes, let's get nuts. Listen, I love Doc for what he did for me in 2008, but that was a long time ago. He's more of a name than an actual good coach at this point. Just ask any Clippers or Sixers fan how they feel about Doc. I suppose the one thing missing from this Lakers shit sandwich would be a blown 3-1 postseason lead so adding Doc to the mix certainly increases the chances we get one of those if the Lakers ever make the postseason again.

I have no idea why Quin Snyder would want that job either. The Lakers are basically radioactive right now. Everyone knows LeBron is on his way out, their future revolves around the health of Anthony Davis, and they are tied to another year of Westbrook with essentially no picks to improve for the foreseeable future. Oh cool you're the coach of the Lakers, but what good is it if LeBron bounces and you're in the lottery every year? Snyder is going to have his pick of jobs if he ever decides to leave Utah, I can't imagine he'd want that headache. With Doc, if the Sixers underachieve this postseason Morey is probably going to fire him so his situation is a little different. He'll take whatever he can get. I sort of want this to happen because you know there are Lakers fans who were clowning Doc when he was coaching the Clippers who would now have to spinzone the hire. You know, just like they did with LeBron.

You just knew that deep down Frank Vogel wasn't going to survive this regardless of how much of the 2021-22 season was his fault. There's probably some truth to the idea that they would look much different with any sort of normal health to their best players, but that's not the only reason they stink. Look at their roster. Is that Vogel or Rob Pelinka? Pretty sure he's keeping his job right? I do wonder if LeBorn made the call, something along the lines of "you gotta get this dude out of here if you want me to stay in LA" and here we are.

I honestly didn't think we'd get a more entertaining dumpster fire with the Lakers than the Magic Front Office Era but man this is getting close. You truly hate to see it.