Variety - Kanye West has pulled out of his scheduled appearance at the Coachella festival, a source confirms to Variety. Reps for West and the festival did not immediately respond to requests for comment; the news was first reported by TMZ.

The reason for his cancelation was not immediately clear, although a source tells Variety that he had not rehearsed or prepared for the appearance. While West played a full set, accompanied by Drake, at the Los Angeles Coliseum in December, Coachella, is North America’s largest music festival and by necessity runs a very tight operation. West also pulled out of a planned headlining appearance at the 2020 festival — which ultimately was postponed until this year due to the pandemic — mere days before it was announced, sources confirmed to Variety at the time.

Kanye just continues to win me over bit by bit.

After being fully out on the guy, ever since his appearance on Joe Rogan, his calling Kris Jenner "Kris Jung-Un", his divorcing her daughter, his calling out phony celebrities, and on and on he's been on fucking fire.

Haters will snicker and snub their nose at this decision, saying "Kanye being Kanye", but I love this move.

You want to talk about Hollywood awards shows being circle jerks of celebrities stroking each other off for 4 hours? Well, Coachella is the amateur equivalent. It's every wanna-be influencer and social media star congregated into one place, wearing outfits that cost more than their rent, focused on staging photo-ops for the gram #1, boosting their egos #2, and the music a distant #3.

Kanye gains nothing by appearing at this farce.

He doesn't need the money.

He doesn't need the notoriety.

His albums sold just fine. He won a Grammy last night for Donda.

Kanye was supposed to play the closing night of each of the two-weekend festival, which runs April 15-17 and April 22-24. The first two nights are going to be headlined by Harry Styles and Billie Eilish.

Coachella was smart by hedging its bet, slotting Swedish House Mafia in an unspecified spot on the lineup, listed at the bottom of the official announcement poster, leaving open the option of the group replacing West as Sunday’s headliner in the event he pulled out. With the festival just 11 days away, that seems like it will be the play. 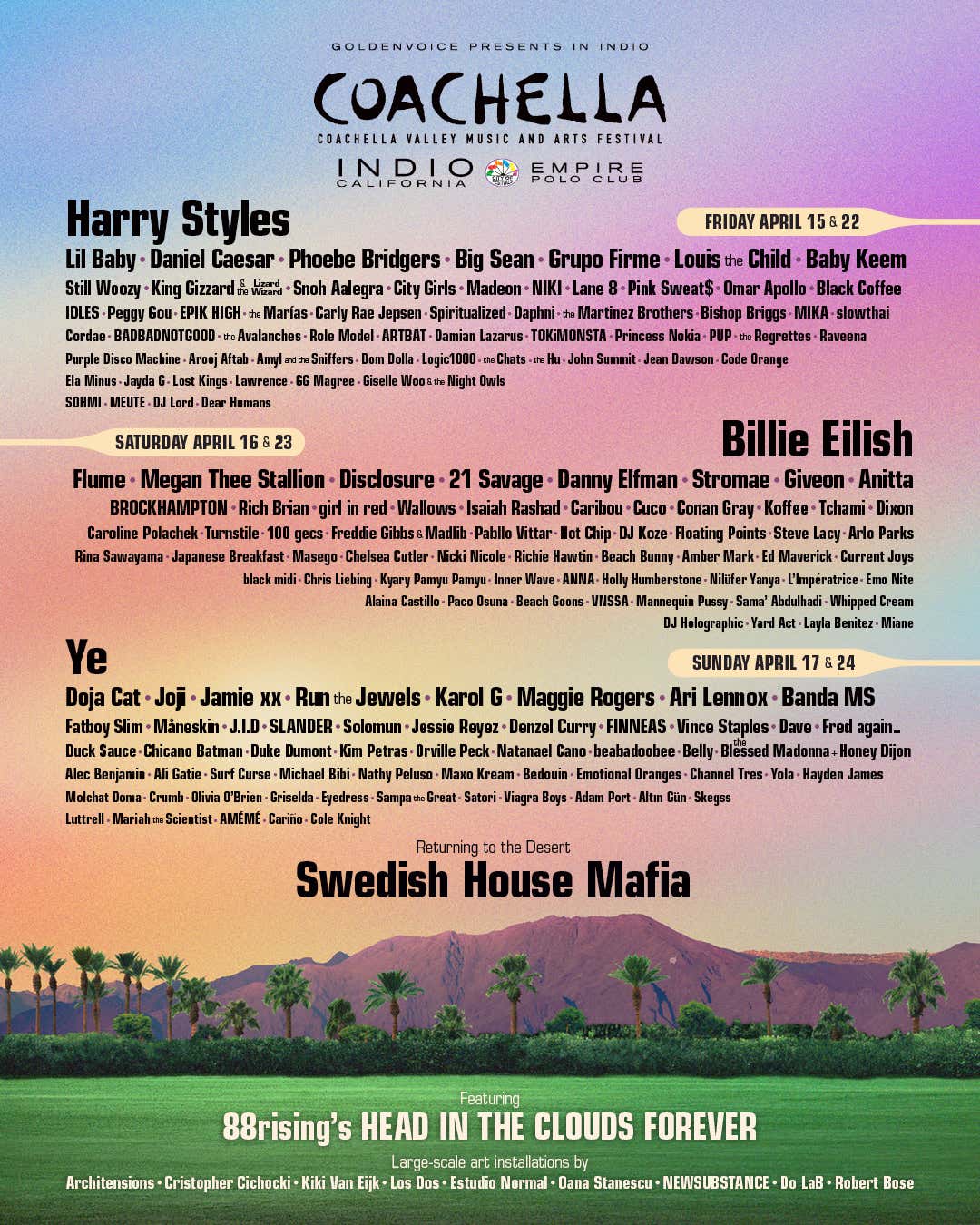 Guy didn't perform live for 5 years, then rolled into that LA show with Drake and absolutely DUSTED him.

So long story short, Kanye out. Swedish House Mafia in.

p.s. - if these Cali bastards get anything close to SHM's Madison Square Garden set, I will be extremely jealous.