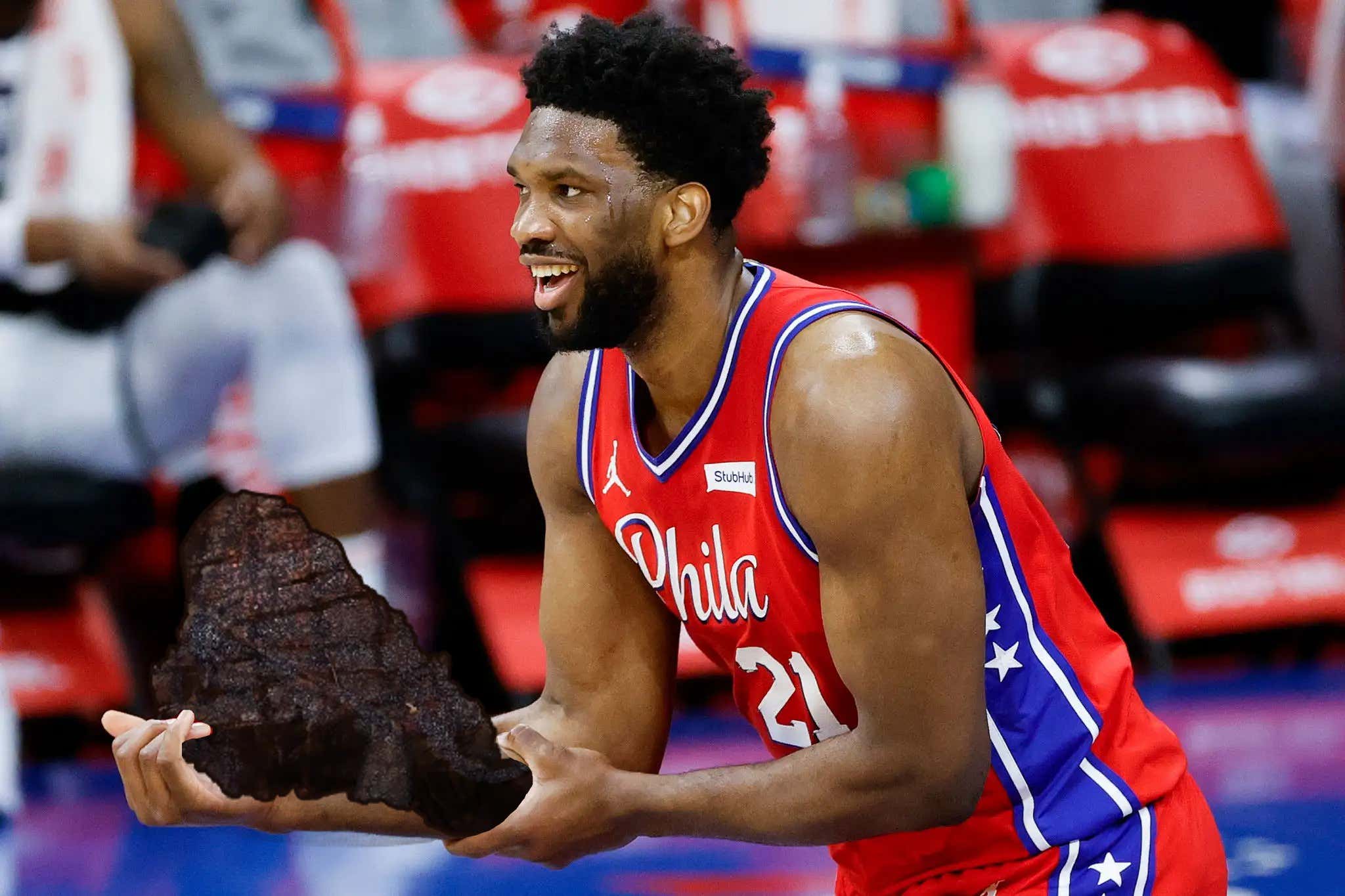 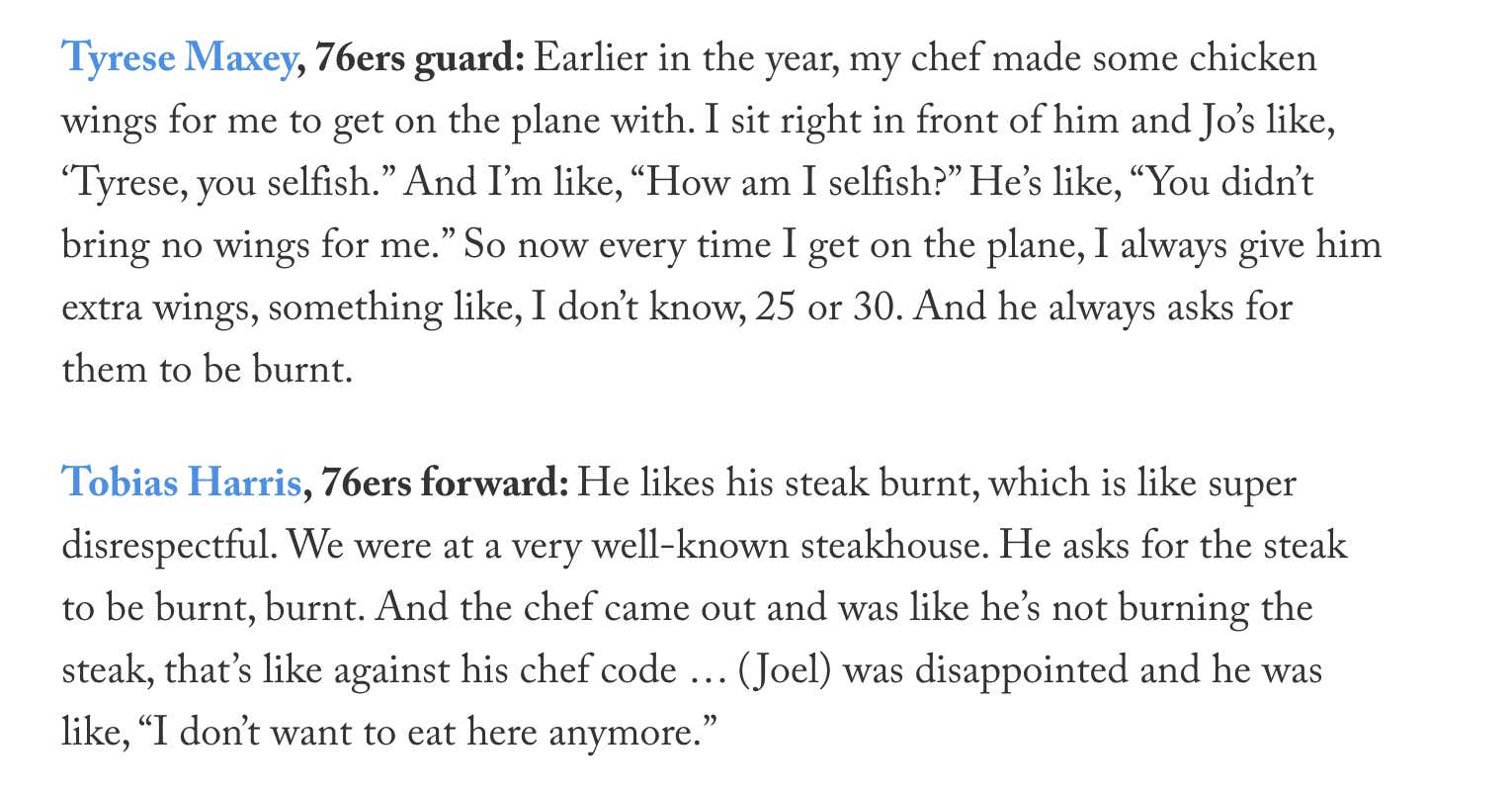 I'm sorry but that's it. He's been having an incredible season. One of the most dominant big men the game has ever seen, and in a season that could have gone completely off the rails before the first game with all the ~drama~ surrounding the Ben Simmons situation. You take Joel Embiid off this Sixers team this year and they are beyond irrelevant. With Joel, they already clinched up their playoff spot last night.

But asking for a steak to be burnt to shit, and subsequently getting so upset that you leave the joint when the chef says he won't do that? Well I just can no longer, in good faith, cast my MVP vote this season for Joel Embiid. He's officially off my ballot.

And don't get me wrong here. I'm not trying to be one of those guys who gatekeeps masculinity and act like you barely deserve to exist if you're not ordering your steak medium rare. I don't personally agree with ordering your steak well done but if that's how you like it, well that's how you like it. But to ask for the steak to be charred to shit? That's just pure lunacy. Tobias Harris is dead on. It's disrespectful. Not only to the chef, but to the cow that already had to die in order for you to get that steak in the first place. That was a living creature whose life was sacrificed for your enjoyment, and you're going to ask for it's remains to be torched to hell? Deplorable behavior.

Joel Embiid doesn't know what he has to do in order to win MVP?

Uhhhhh I don't know, man. Maybe just try to order your steak like a normal human being.