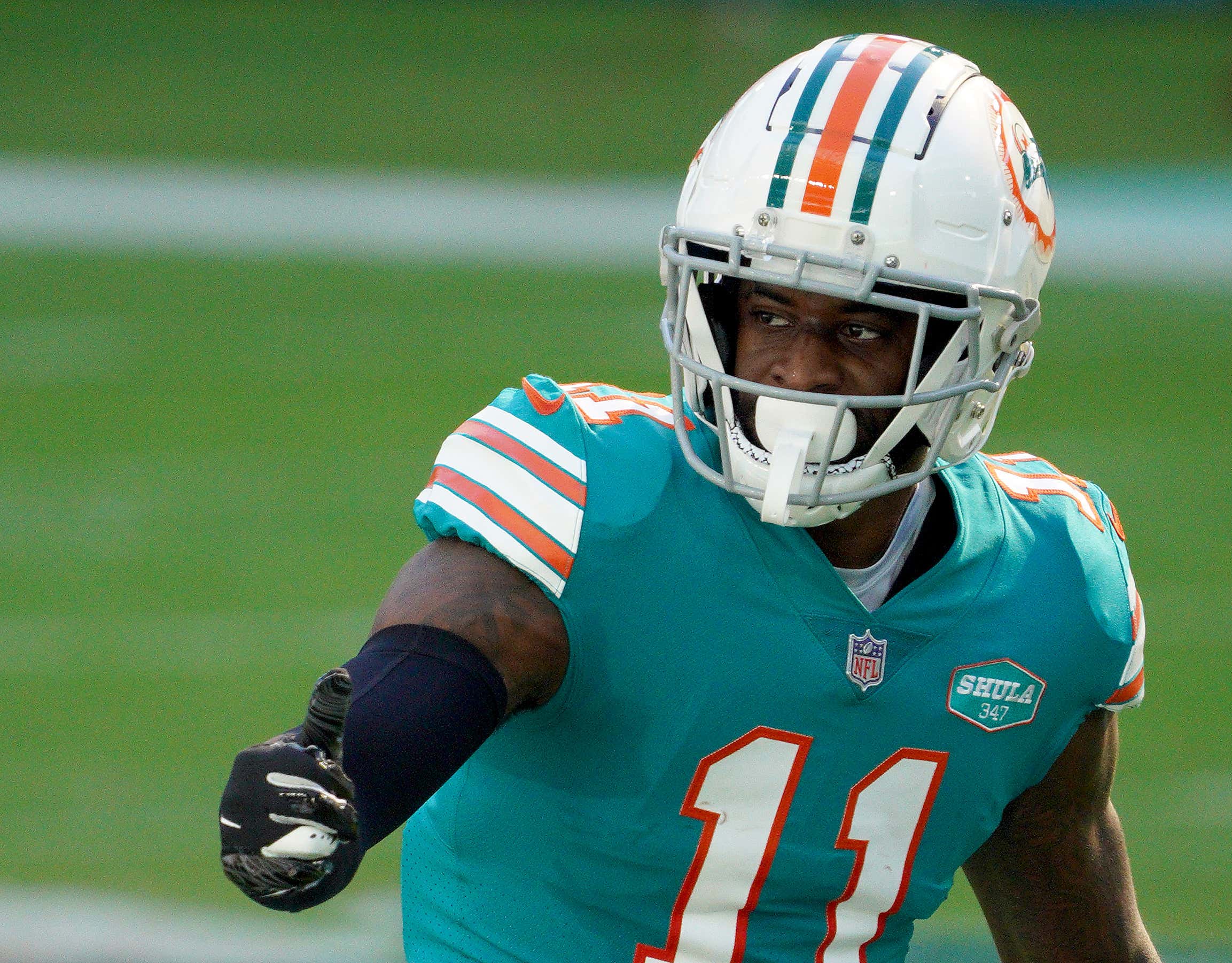 My instant reaction to the Patriots getting DeVante Parker for the low, low price of replacing next year's third round pick (which will be offset by a compensatory pick for losing JC Jackson) with Miami's fifth rounder this year, was that this was a classic Bill Belichick move. Acquiring a guy with high upside at a big area of need for practically nothing.

And if you'll indulge me a little inside baseball here, that was just my gut response while the Irish Rose and I were out taking care of some business and me blogging about it over lunch at an Irish pub. (I do, and do, and do for you kids. And I ask nothing in return for myself.) The more I've thought about this deal in the 48 hours since, the better it looks. The addition of Parker is a game-changer for this team in so many ways. Beginning, of course, with what it means for a young quarterback as he prepares to make the all-important Year 2 Bounce. Mac Jones agrees:

And well he should. On Day 1 of practices, Parker will be the most gifted wide receiver Jones has thrown to since he was at Alabama. Once N'Keal Harry is released/dealt, he'll be the biggest wideout on the team at 6-foot-3. His 4.45 speed is just 0.03 off Nelson Agholor's team best. And he is the only player on this roster who's ever had a 1,000-yard season.

That would be the 2019 season. When he posted career bests with 128 targets, 72 receptions, 1,202 yards, 16.7 yards per catch, and nine touchdowns. Most notably, he practically single-handedly cost the Patriots the playoff bye when he tormented Stephon Gilmore in a last minute victory at Gillette in Week 17:

In that one, Parker was targeted nine times with Gilmore in coverage, with seven receptions for 119 yards and five 1st downs. And he added another catch against Ju'Whaun Bentley for 18 yards. So you can understand Belichick's interest.

Not coincidentally, the two seasons where Parker was the Dolphins true WR1 came in 2019 and '20, when Ryan Fitzpatrick was their quarterback. An accurate, smart, decision-maker with a quick release. In other words, a QB very similar to the one Parker finds himself exchanging exclamation points with on Twitter.

Whether Parker can be a true WR1 in New England remains to be seen. But there is every reason to believe he'll get his shot. First of all, the fact the Pats got rid of the only fullback on the roster suggests we're going to see a lot more spreads and give him ample opportunities. Last year in Miami, Parker lined up wide on 86.8% of his snaps, to just 13.2% in the slot. Those numbers are almost identical to N'Keal Harry's splits. But obviously Harry was primarily used as a blocker on run downs. And while Parker is a capable blocker, that's not what they got him for.

He's going to be used outside the numbers as a boundary receiver opposite Agholor, with Jakobi Meyers remaining in the slot and Kendrick Bourne as the "move" receiver. Which seems to suit Bourne just fine:

Which not a bad WR depth chart to have to compliment Hunter Henry and a hopefully improved Jonnu Smith on a bounce-back year. Even if none of them emerge as a pure WR1, there's no one in that lineup you can ignore like there was with Harry. At the very least, it's a solid poker hand. At most, Parker is a wild card that makes everyone around him better, starting with Jones.

And in the bigger picture, this addition takes the pressure off in the draft. Instead of the receiver position being an area of immediate need, the Pats war room has the luxury of addressing other priorities like corner and linebacker with the 21st pick. Then address receivers later on, taking advantage of a draft class that has a lot of depth both outside and in the slot. And it gives them the luxury of shopping for a value pick who drops because he's coming off an injury, like Alabama's Jameson Williams or John Metchie III, just to name two. Someone who can start the season on PUP. Or even be more of a developmental prospect for 2023. Parker has a two years left on a fairly team-friendly deal, whereas Agholor and Meyers will likely hit free agency after this year.

It goes without saying that all this is predicated on Parker staying healthy. A big if, given his history of chronic hammie pulls. But even a less-than-complete season with him is a tremendous improvement over what we've had with Harry and the utter disaster that was the 2020 WR depth chart. And as long as Mac Jones is excited, we should be too.