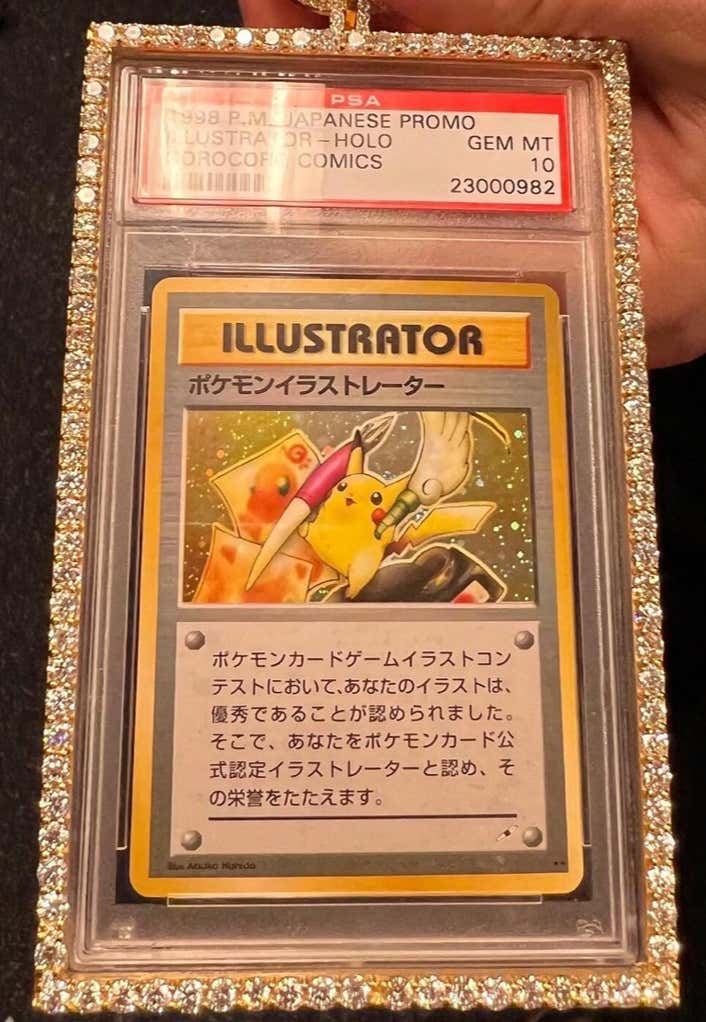 Ok, I'll admit that it's the most perfect, obnoxiously showy, unique, heel-ish (#Katiewrestlingexpert) accessory Logan Paul could have possibly worn, but how do we really know it's the most expensive Pokémon card?

Ah, because the Guinness Book of World Records was waiting for him in the locker room after the match with a certificate saying so.  (Great PR move, GBoWR, well done.)

Congratulations to @loganpaul who made his @wwe wrestling debut this weekend at WrestleMania 38 - and took the opportunity to show off his recently acquired record-breaking PSA Grade 10 Pikachu Illustrator card, worth $5,275,000.

"I love Pokémon and the fact that it’s been validated with Guinness World Records – this is crazy. Tonight’s a wild night. This does not feel real!"

Paul bought the card in Dubai back in 2021 by trading his $1.2M PSA Grade 9 Pikachu Illustrator Card and throwing an additional $4M in the ring. There's only 39 of these cards in the world & the one he wore last night is the only one with the highest rating, a "10".

For a long time I've been on the Logan Paul hater wagon, which I think is a pretty crowded wagon. I've always felt he was a corn-ball; that people who thought he was genuinely funny were dorks… but I can feel myself becoming a fan despite myself. I get it now.. People always shit on him, but he's never cared or slowed down and has been reinventing himself since 2013. His stock is only going up. And I mean, that whole vibe of people being annoyed by him plays perfectly with his entrance into WWE, which by all accounts he's nailed.

To put it eloquently from someone who generally follows neither wrestling nor Pokémon, this simply looks cool as Hell and it's enough to reel me in for more: 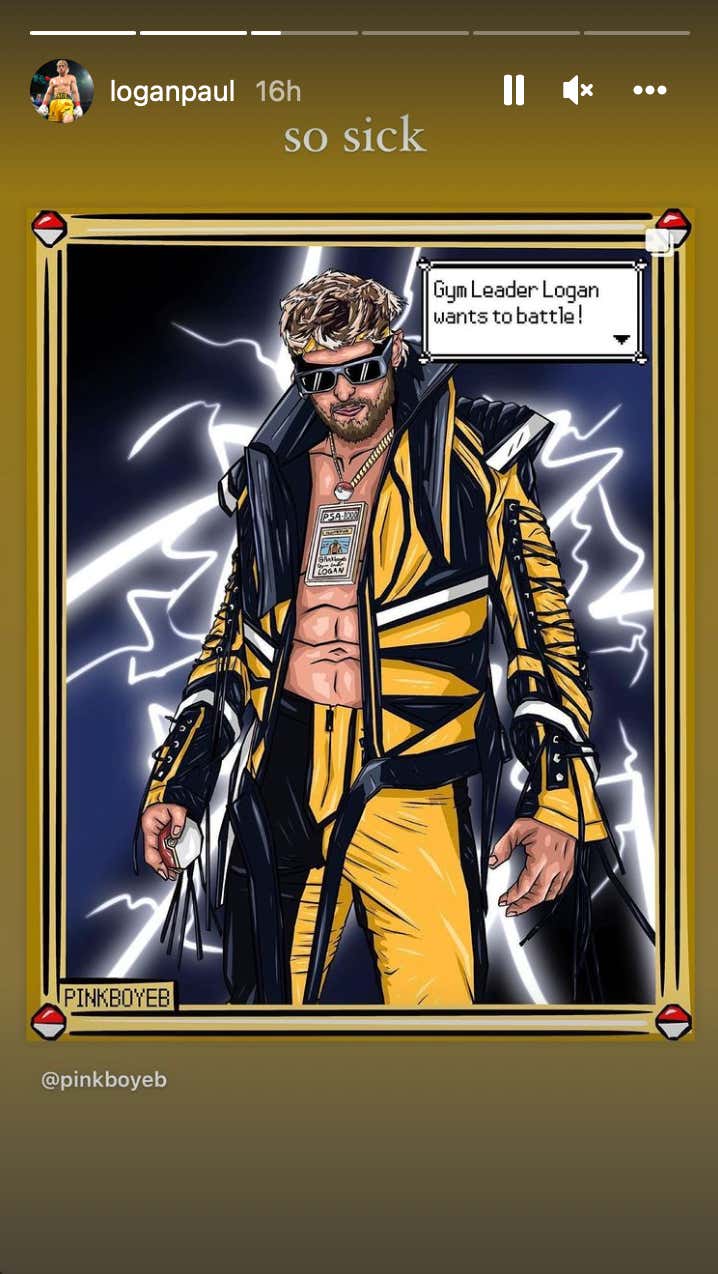 Ugh, even Brandon Walker got a sick photo.

Our ZBT producer, Nick, who also produces Rasslin' & is an expert in all things WWE, thinks Paul will be cast as a good guy at his next feud. I'd be willing to bet all my 1992 TGIF POGS that he's right.