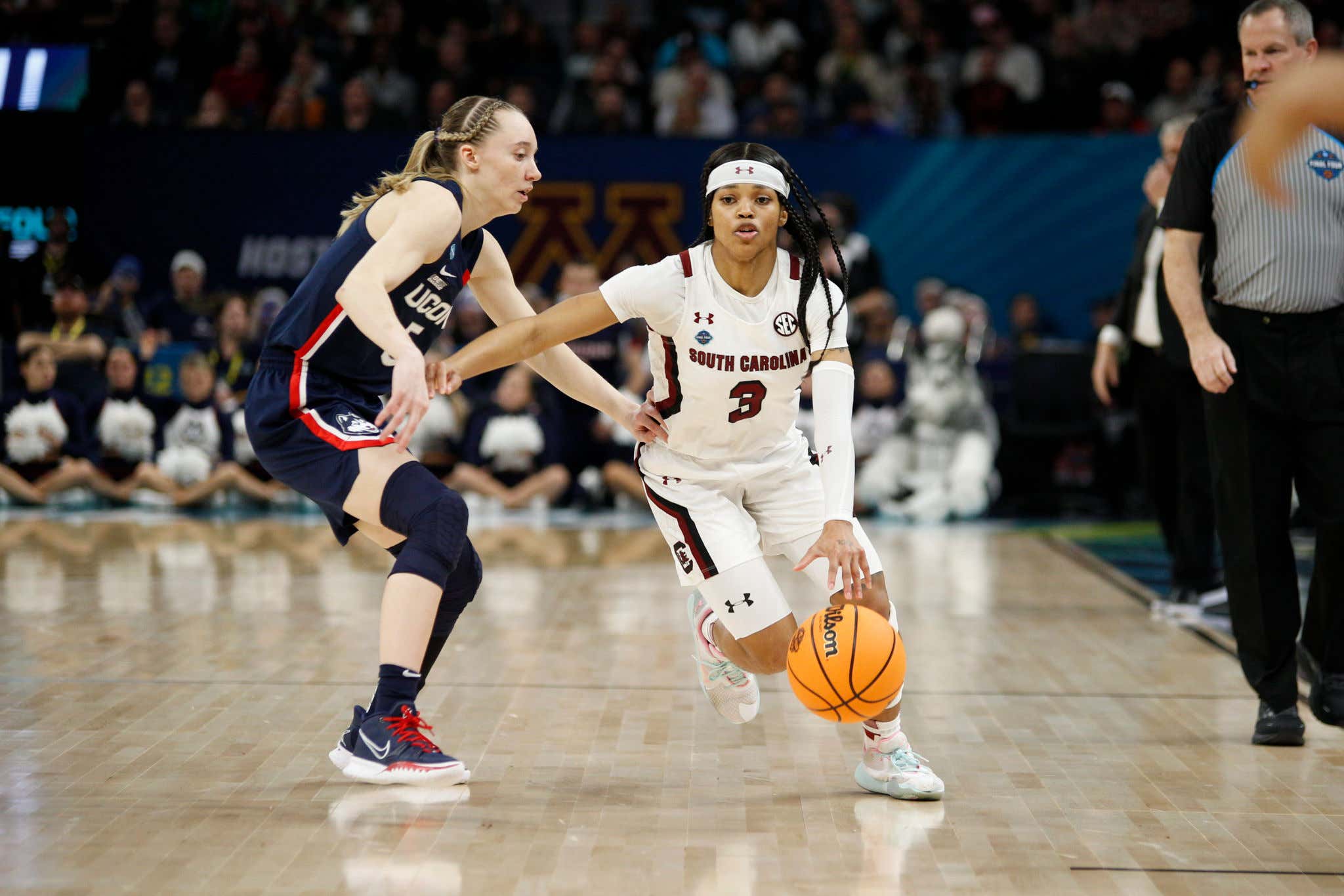 The South Carolina Lady Gamecocks are your 2022 Women's College Basketball National Champions. They only lost 2 games the entire season and took down another 1-seed Louisville in the Final Four before knocking off #2 UConn last night in the National Championship game 64-49. Part of the reason this team was so dominant all season is…well…as Diana Taurasi mentioned on Friday night in their game against Louisville, the length of the Cocks.

When the Cocks are that long, they're certainly not going to be a soft opponent to guard. They're going to drive the lane hard and jam it down your throat all night.

There's nothing Louisville could do to stop it. And Diana's UConn Huskies suffered the same fate last night. Everybody knows that basketball is a game of inches. And when it comes to the Cocks, they're just going to be giving and taking those inches any way they can.

Anyways, congrats to the Lady Cocks. We're also counting this as another championship for Philly with Dawn Staley leading the way. City of Champions continues to produce.

I know she just signed a massive extension with South Carolina but Doc Rivers' seat has to be feeling extra warm right now.