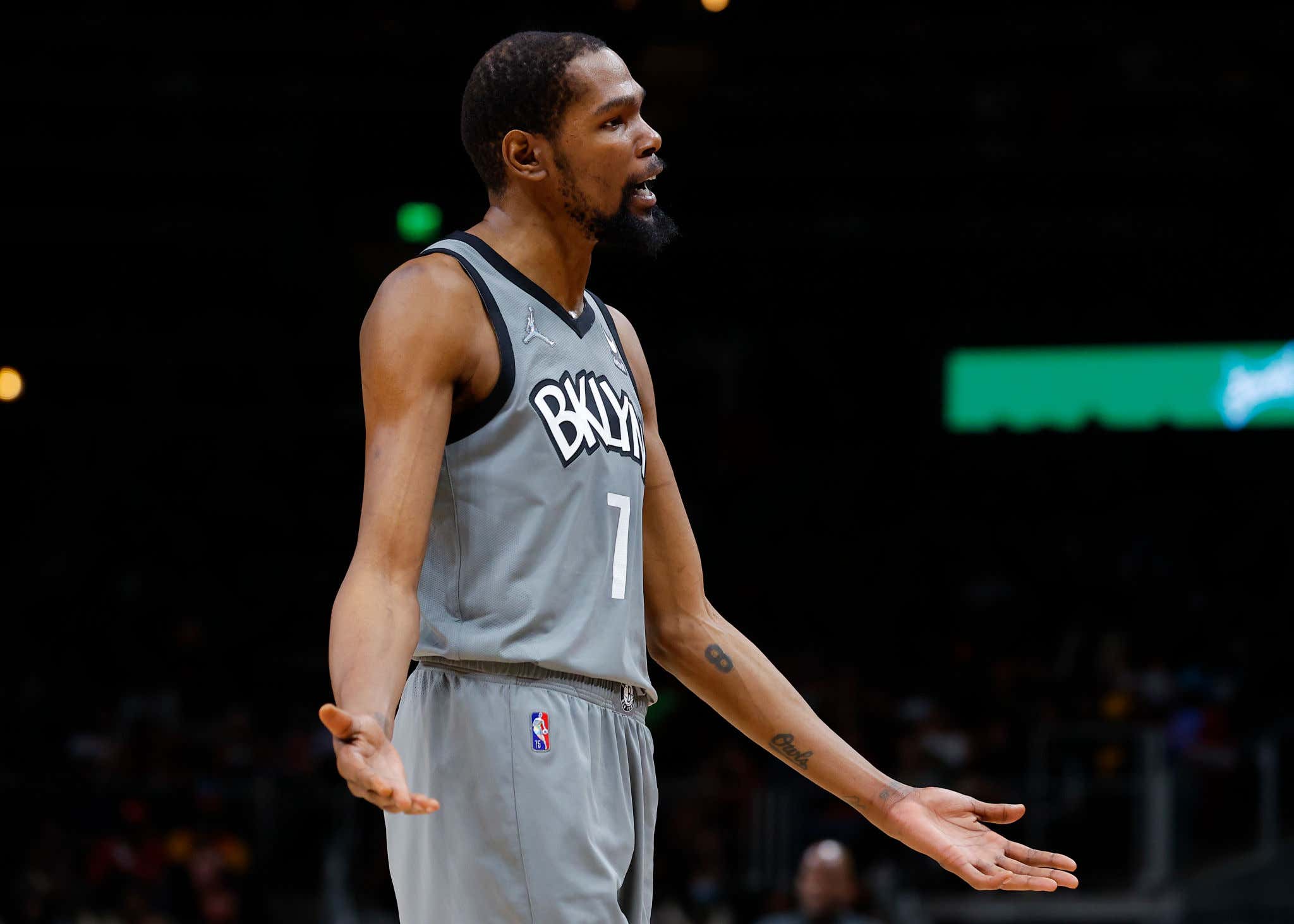 Yesterday I blogged about how awesome the month of March was because of all the 50 point performances we got to watch. In total, there were 9 which was the most in a single month since 1962. I ended that blog hoping we would see the same thing in April because who doesn't love watching the best in the world go out and get 50+. Well, it happened the very next day

It's not surprising at all that KD was the one to kick us off in April. It's his 3rd 50 point outing of the season, so we've been here before. What did surprise me was that KD's career high was only 54 points. I would have bet my life he had a 60 point effort at some point in his career but it appears he clearly has not. There's a reason he's considered one of the greatest scorers we've ever seen and tonight was just another example of that rare talent.

Here's the thing though, it all means dick if you don't win and the Nets walk out of Atlanta losers of a fairly important head to head matchup. This loss now drops them to 10th in the East with 4 games to go and they now trail the Hawks by a full game for 8th. Despite the Hornets getting their shit kicked in by the Sixers earlier today, becasue they own the H2H tiebreaker with BKN, they get the 9th spot. That means that as of today, the Nets are a hot Hornets shooting night away from being eliminated all together.

Let's say they get their shit together and win two games and qualify for the playoffs. Well if they stay in that 9/10 slot the highest they can get is 8th. That certainly changes how a bunch of contending teams might view the 1/2 seed. Certainly the race for the 2 seed would be impacted. The "good" news for the Nets is they close with HOU/NYK/CLE/IND so you would think they should find a way to go at least 3-1. Here's the thing though, how confident are you that the Nets can play any lick of defense? Because without it, winning in the NBA is pretty damn hard. This was a game where we saw KD and Kyrie combine for 86 points and it still wasn't enough. You know why? Because they gave up 122. They've lost 3 of 4 giving up 119, 123, 120, 122. All these insane Durant performances are wasted because they cannot find a way to consistently get stops.

That's what should make them nervous is they find themselves in some sort of 1 game win or go home scenario. You know KD and Kyrie are going to get theirs and probably drop 60-80 points. But if you don't show up defensively, your season can be over before you know it.

Also quickly, how about Trae Young? As usual, he's getting nowhere near the hype and publicity for what he is doing this season. In fact, he's probably going to get snubbed from All NBA despite doing shit like this

The Hawks are the type of team that can get hot in an instant and it wouldn't shock me at all if when the dust settles they've played their way into the 7 spot. They are a bit like the Nets in the sense that it all comes down to whether or not they can defend at an acceptable level.

Also, that 49-19 FTA difference in favor of the Hawks is rather outrageous. You almost never see that shit so I had to mention it. Credit to them being aggressive I guess but man that's a tough one to deal with.

We can all agree though, it's for sure panic time for the Nets. They basically need to win out in my opinion. They've lost the cushion of having a bad loss here or there, because now you have to start worrying about the Lottery and that's never where you want to be.