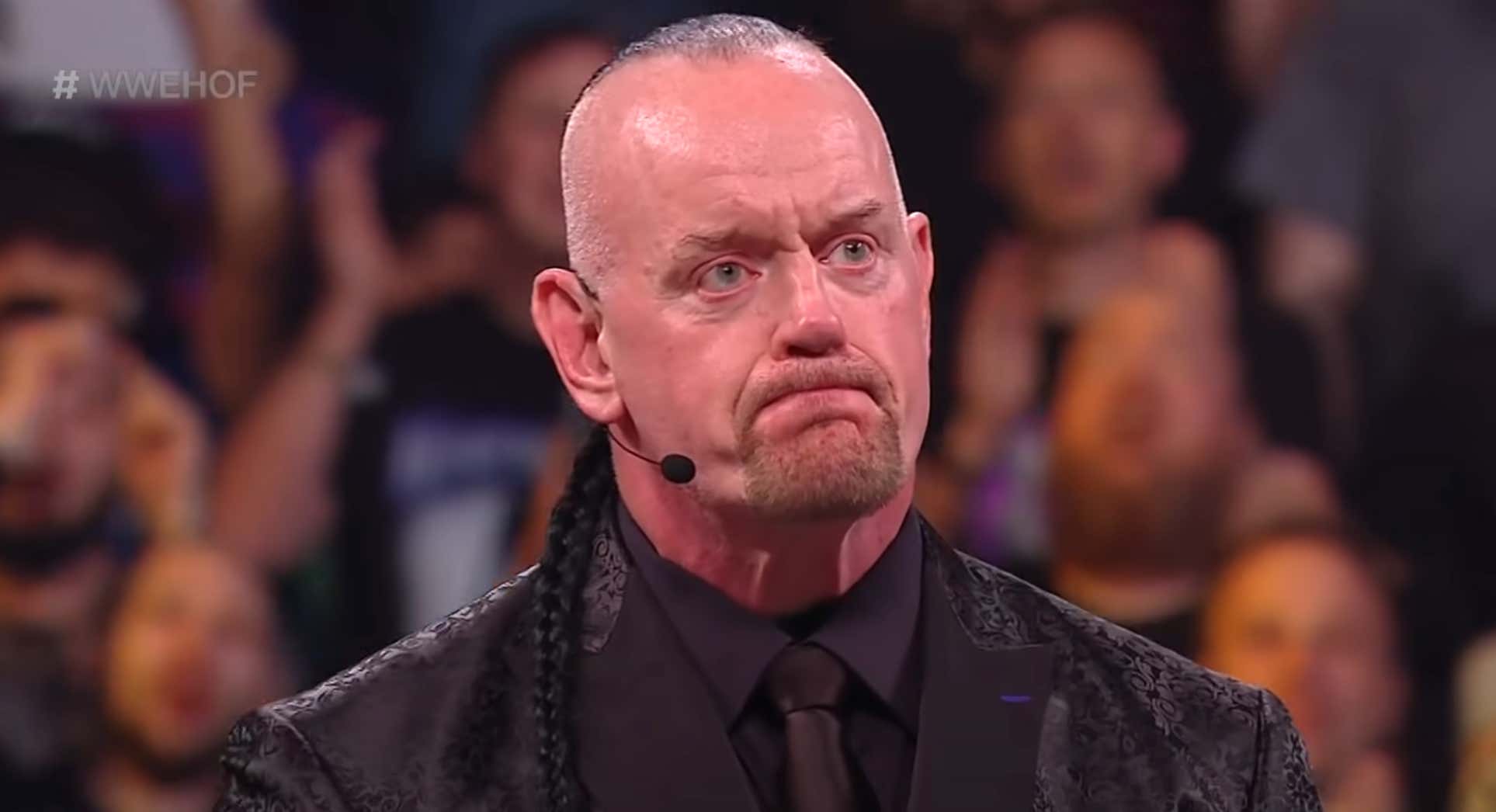 I'll admit - there may be some recency bias in that headline - but as of this very moment I truly believe The Undertaker gave the greatest WWE Hall of Fame speech of all time last night.

Seeing The Deadman finally take his rightful place in the WWE Hall of Fame was one of the most hyped aspects of the entire WrestleMania weekend down in Dallas, but the man behind the gimmick, Mark Calaway, still found a way to overdeliver and leave the fans wanting more. I think it was one of the longest speeches in HOF history, as well, but man - after watching him command that ring giving out life lessons for an hour like some kinda evil undead Tony Robbins, I'm ready for a whole damn TedTalks TakerTalks tour! He coulda went on for another hour and I'd still be on the edge of my seat!

Oh, and I'd be remiss not to mention the INCREDIBLE ovation Taker received as he stepped up to the podium, after a great induction from Vince McMahon himself….

How can that not give you chills? There's very few who have EVER been more deserving of that ovation in the WWE, if any.

Taker told some great road stories, paid tribute to the late great Paul Bearer, Yokozuna, Brian "Crush" Adams, his mother and father, and more - and also gave all the behind-the-scenes staff that have helped him out for decades their due as well! He thanked Triple H and Shawn Michaels for their phenomenal matches over the years, and The Godfather and Kane for their friendship, and then shared three "Mental Signature Moves" that he lives his life by….

Taker learned this from Vince after roughing up a jobber for messing up as a rookie - Vince told him, "Perception is reality, and the perception from everyone in the back and everyone in that crowd is now that you're an asshole."

This was a lesson from Taker's father after his won his first World Championship - he gave him the ol' "Always remember that the toes you step on today could be attached to the ass you have to kiss tomorrow", and told him to treat everyone with respect. Like Vince noted, WCW never even thought to call Taker back in the day because they knew he'd never pick up.

After making his way through those mental moves and sharing some hilarious stories along the way - one of which about his mother trying to climb the barricade at a show in the 90s to beat up Psycho Sid - he closed the night out with one more message….

The Undertaker may ride again some day - and he may not. Mark Calaway knows better than to close the door on that, however, because with Vince McMahon - you never know when that phone is going to ring. What a legend.

If you've got Peacock for The Office or Parks and Rec or something, pop on over to the WWE tab and give this speech a watch/listen. After that, check out my interview with Taker out-of-character from a few years back….