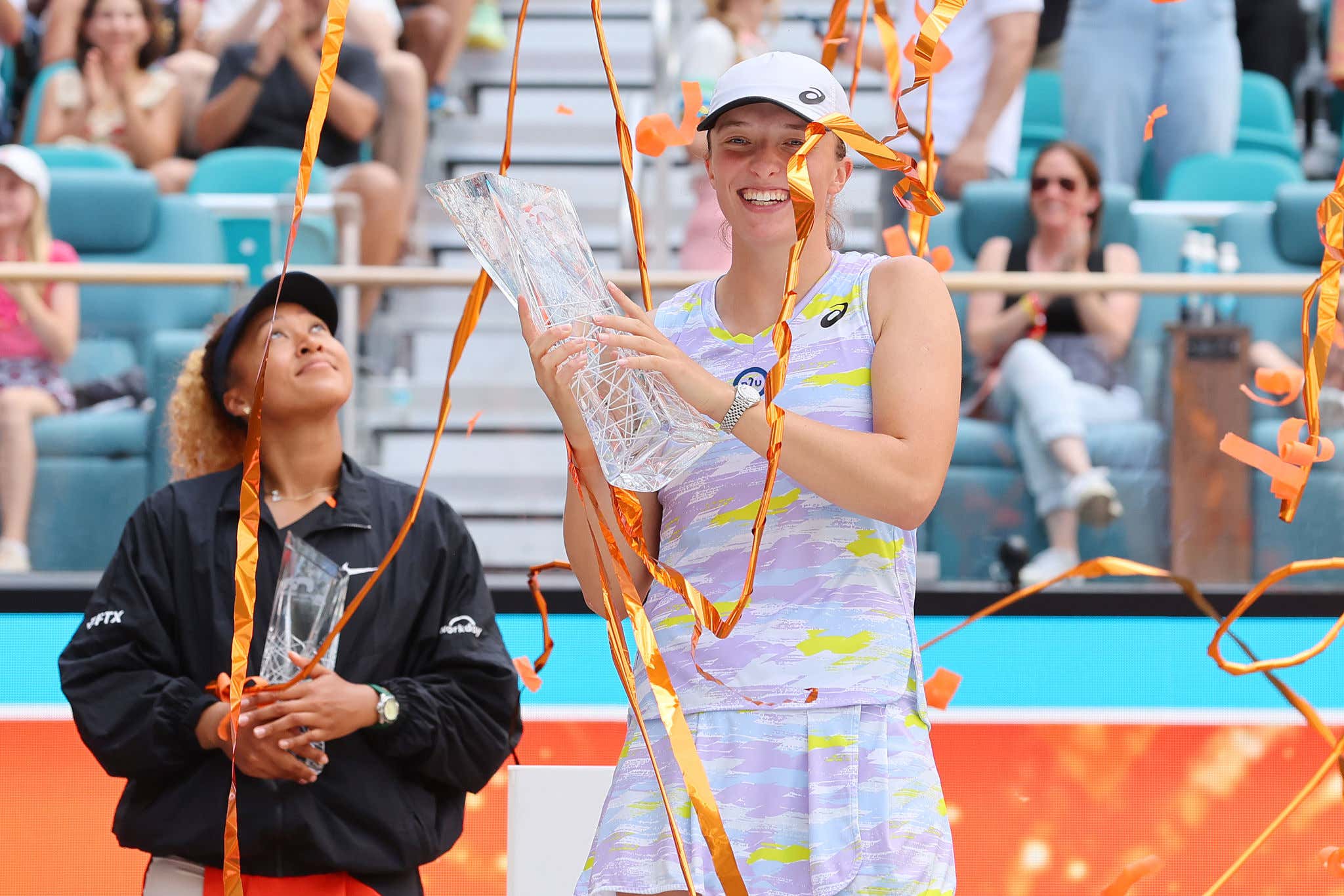 Women's tennis' new number one ranked player Iga Swiatek took on Naomi Osaka in the Miami Open final today. With Iga being a -190 favorite I expected her to do well today, but never did I envision her handing Osaka a bagel in the 2nd set. Good lord was that an ass kicking. I mean Iga just dismantled Naomi Osaka in that final like it was nothing.

Osaka had played a really good tournament up until this match and Iga basically rendered her a pedestrian. Good to see Naomi get back to a final, but Iga was on a different level today.

I've been a fan of Iga's for a while now and it's awesome to see her rise to this kind of level. She's currently on a 17 match winning streak, collecting 3 WTA titles in that span, and just became the 4th woman ever to win the sunshine double. To explain that, Indian Wells and Miami Open are held in succession over the course of 3 weeks. Both tournaments are Masters 1000s which carry high point totals and prize amounts. They are massive tournaments and essentially mini-majors. Winning one of them is a big deal, winning both is absurd and Iga just did that.

It's totally reasonable for a young player to feel the nerves in a big tournament. 20 year Iga does the opposite. I mean what she does to people in finals is borderline disrespectful.

With clay coming up she's only going to continue to dominate with Barty out of the picture. She's going to hang onto that number 1 crown for quite a well. Iga Swiatek, learn the name.