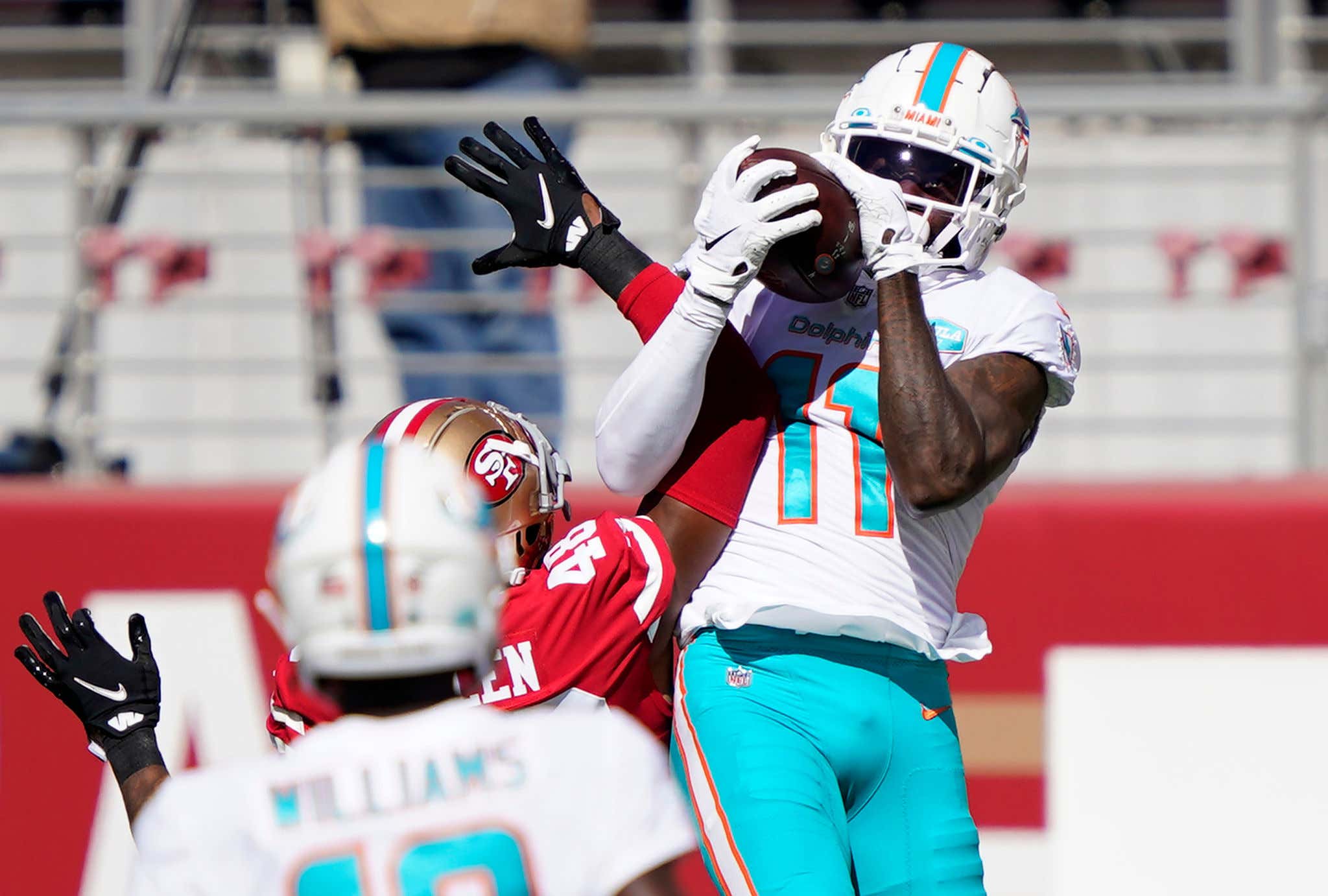 The classic Bill Belichick move. Getting a former first half of the first round draft pick for absolute chump change. DeVante Parker is a guy he’s always had an eye for. Whom he’s always gone out of his way to mention him when the Pats play the Dolphins and say how hard it is to game plan for him. So he adds a piece to Mac Jones list of targets who had over 1,200 yards and nine touchdowns three just seasons ago before injuries cut short his last couple of years.

This is the benefit of waiting until the market starts to shake out. The very thing Scott Pioli talked about last week. Miami spends a fortune in draft capital and money to land Tyreek Hill, so Belichick goes to their yard sale and scoops up the piece they no longer have space for, and it costs him pocket change.

It’s a high upside/zero downside trade in true GM Bill tradition. At the very least, Parker is an upgrade from N’Keal Harry. At most, he’s the Patriots new WR1. A big, rangy, fast, physical veteran that he’s always coveted. The 2022 off-season just got way more interesting.