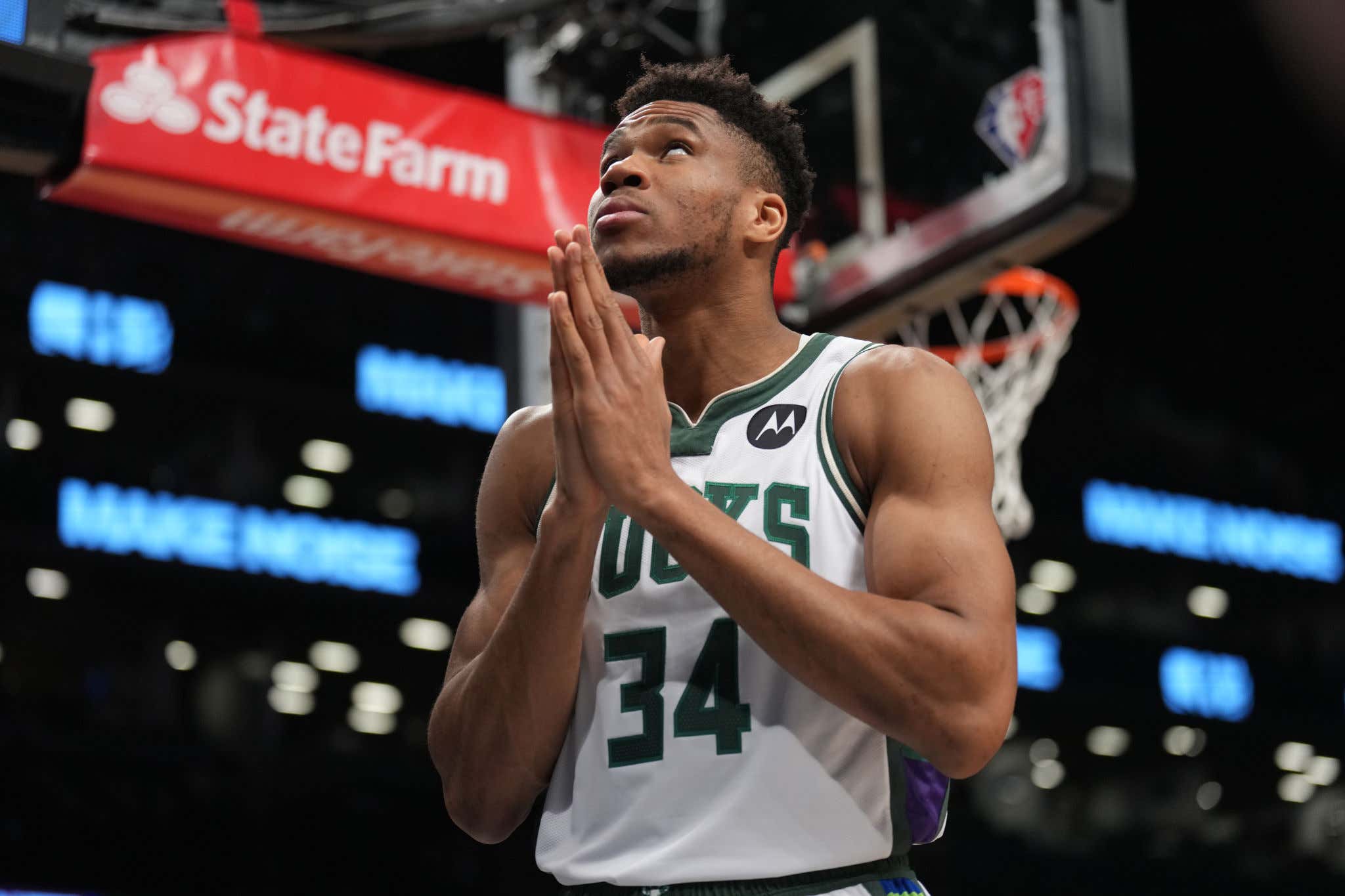 It may be becoming a little cliche to say, but I'm going to do it anyway. It is impossible to not love Giannis. This isn't exactly new or a hot take, but it's absolutely the truth. I'm not just talking about Bucks fans either, I'm talking about all of us. If you hate on Giannis, you're basically just an asshole. Take last night for example where the guy is coming off a dominant 44/14/6 performance

and you would never know it once he steps in front of the mic. You'd never know that he just passed a franchise legend and one of the best players to ever suit up in the NBA. All we ever get from Giannis is a humble attitude and approach which is rather insane when you consider everything he's accomplished already

It sounds a little corny, but couldn't you make the case that Giannis is everything you would want in an athlete? He's literally unstoppable, he's clutch, he produces consistently at a never seen before level, he's humble, he's a champion, he works on his flaws, he doesn't run from failure, and maybe most importantly, he's loyal as shit. What is the box that is left to check?

If anyone should be a little cocky or arrogant, you'd think it'd be someone with Giannis' resume, and yet here he is being the exact opposite. That's what makes it so hard to root against him which is a problem for someone like me specifically who could possibly see this team in the playoffs.

That's kind of why it sucks what's happening with Giannis in the MVP race. We talk about voter fatigue with Jokic and why that may be why he doesn't win, well the real voter fatigue is Giannis. I think it's fair to say he's moved into the 2nd spot in this race, and if the Bucks finish with the #1 seed in the East and Giannis keeps doing shit like this, could he really not win it again? I guess it depends on what the Nuggets do. If they finish top 4-5 in the West with that roster, it's OK to give it to Jokic in my opinion. But if they finish like 6th or 7th and the Sixers finish behind the Bucks? I'm not sure how you could deny him. The voters probably will, and that would be bullshit.

As we enter into the next phase of the NBA world, it's pretty clear Giannis is the face of the league. It's honestly a little scary when you think of everything he's accomplished by 27 and how much more basketball he has left. We've basically only started the Giannis prime and look at this shit. Nobody can stop this dude.

But if you hear him talk, you'd never know it. That's pretty cool.