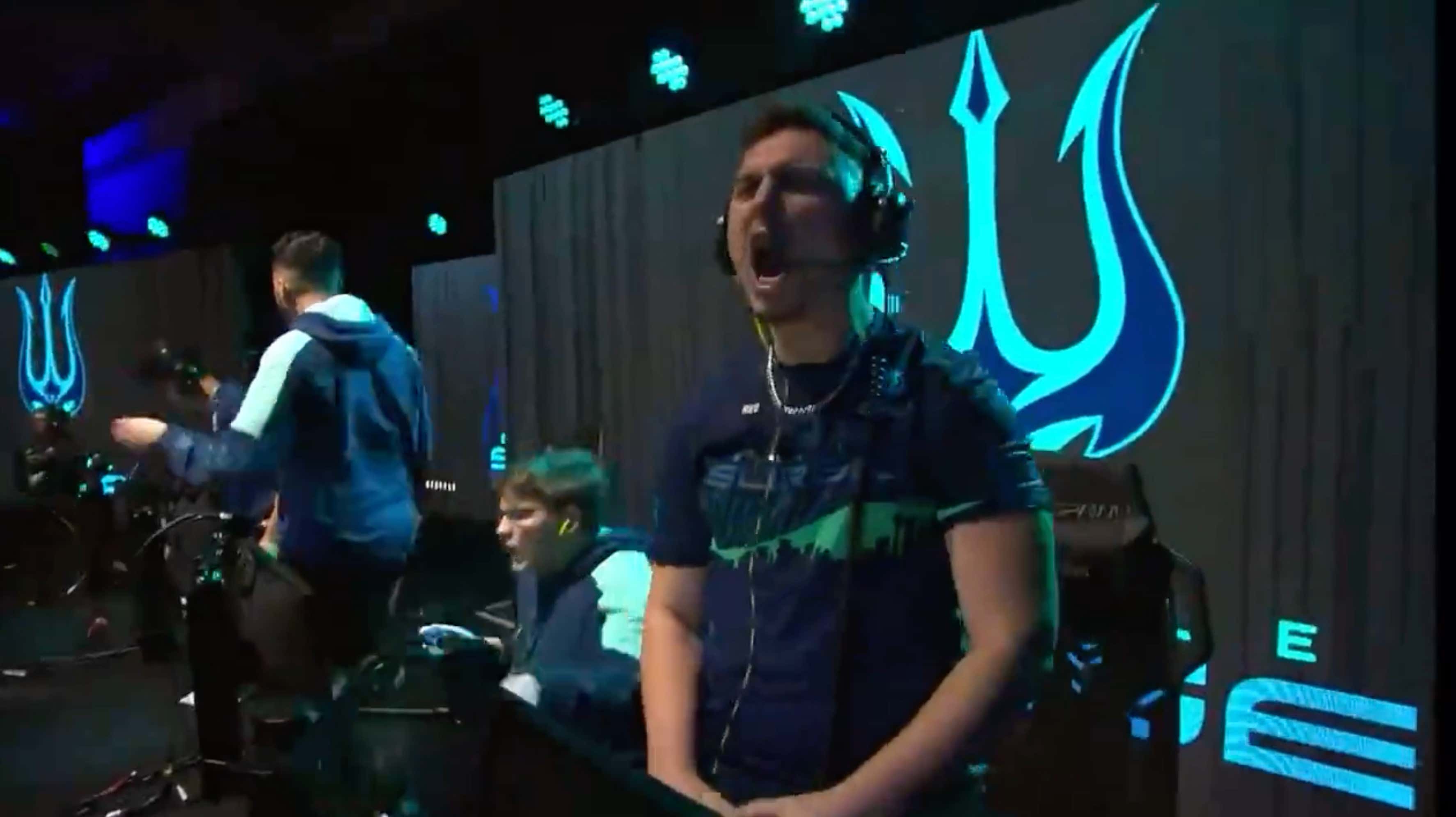 I don't even know where to start this one - today was the first day of the competitive Call of Duty Major II Tournament. As you can see from the picture above, it was a great day for Seattle Surge and a really shitty day for OpTic Texas. We'll get to there later in the blog, but lemme take you through the order of events for Day 1.

First, we got boots on the ground in Minnesota to catch and report on all the action live. We had four scheduled matches today in the Winner's bracket for Major II. The Winner's bracket (top 8 seeds) get the advantage of double elimination, while the remaining 4 teams are placed in the loser's bracket.

In theory it should've been a relatively seamless day. However, I forgot it's still March and whenever it'sMarch, there's madness to ensue.

Right off the gate, that's what we got. Florida Mutineers, who were ranked the #7 seed coming into the competition, swept the #2 seed London Royal Ravens in the first series.

Coming into the match, London Royal Ravens were unanimously seen as a Top 3 Call of Duty team. This series could've got tight, but I never thought Florida had a real chance. Boy did they prove me (and everyone) wrong.

Up next we had Boston Breach vs Los Angeles Guerrillas - Boston Breach are the CDL team that Robert Kraft owns. They were the last team entered into the league and with that, people really didn't expect much. They've hit their stride and have been playing some unbelievable Call of Duty, coming into this Major with the #3 seed.

LAG had a substitute today due to a player illness, so Breach had this series in the bag. They went on to sweep LAG 3-0.

After the match, I had the privilege to interview Capsidal, Nero and TJHaly.

Up next, Atlanta FaZe vs New York Subliners. Coming into this matchup, NYSL was having a great qualifiers and seeding going into the Major. They made a roster change and their team looked completely different started producing much better. However, even with securing the #4 seed, they were very unfortunately to be matched up with a Top 2 team in competitive Call of Duty.

Thanks to the unbelievable Search and Destroy clutches by 'Simp' - FaZe went on to SWEEP NYSL 3-0.

Because I'm so unbiased, I even interviewed aBeZy and Cellium from Atlanta FaZe.

Absolute madness - surely we wouldn't get a 4th sweep, right!?

Now, it's game time - OpTic Texas vs Seattle Surge. After winning CDL Major I, OpTic Texas were on top of the world. They went 5-0 in qualifiers, which gave them the #1 seed entering competition this Thursday. However, OpTic got off to a slow start…

Immediately they went down 0-2 and things were not looking good. Mack, Accuracy, Sib and Pred seemed to be winning every gunfight. Seattle went on to complete the sweep and take down the #1 seed.

Even though I'm a huge OpTic fan, you gotta give credit where credit is due. Seattle Surge played their absolute asses off and took the fight right to OpTic. They were playing out of their minds and took control of the series. I caught up with Sib and Pred after the game:

Tomorrow, here's how the schedule's shaping up:

Let's have another great day of Call of Duty!