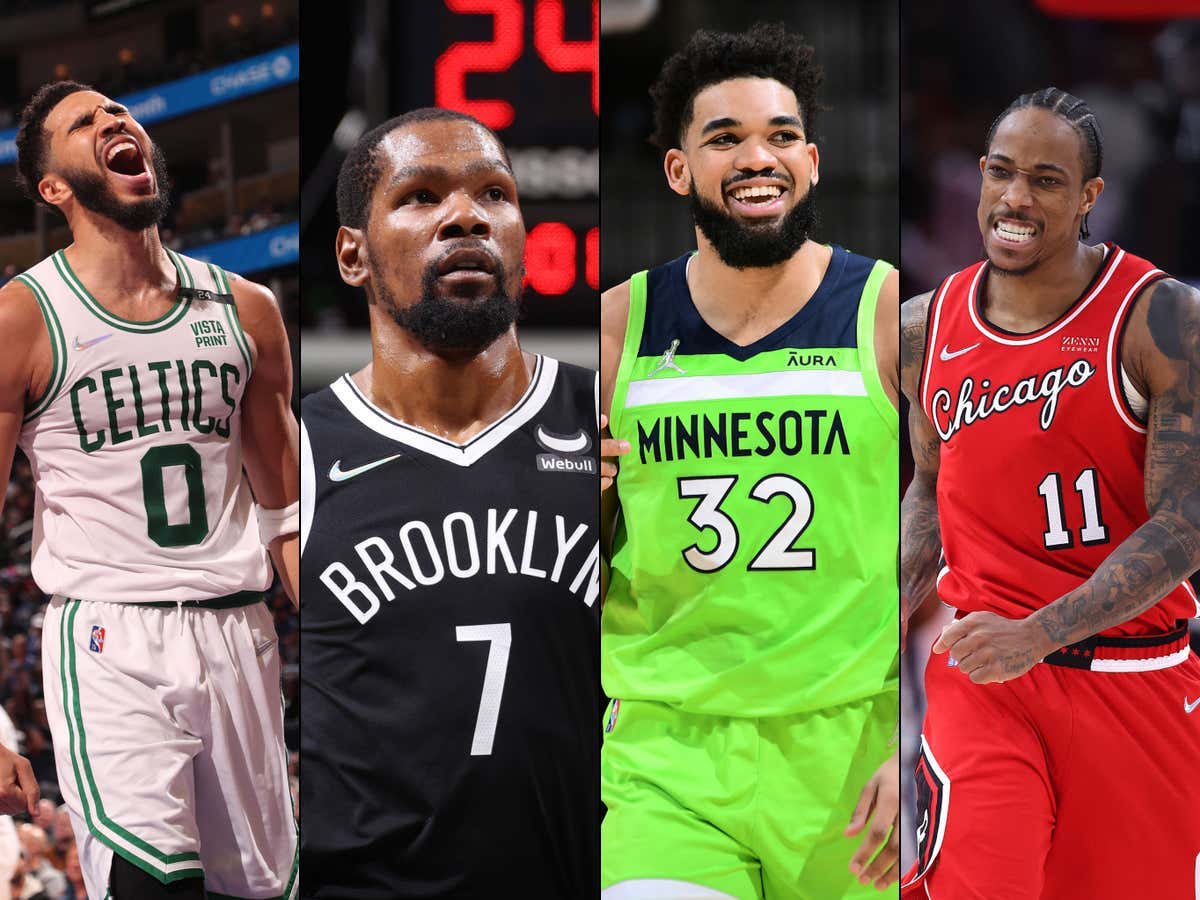 I can't think of a better way to end one of the most ridiculous months of basketball we've seen in the last 60 years. What an insane sentence that was to type. That's the beauty of the NBA though, you sit down to watch the best of the best do their thing and next thing you know you've experienced something not done since 1962. All in all, we had a total of 9 different performances of at least 50. You know what? Let's run through em all because why not.

Things started on March 5th. You may have heard of this guy, but just in case you haven't here's what happened. On that night LeBron James came out and gave the Warriors 56. To date, that's tied for the 2nd most in any game this season

I'll say it, pretty impressive for a 37 year old. That's all your getting out of me though, fuck the Lakers now and forever.

We didn't have to wait long for our next 50 either. That came the very next night by none other than Jayson Tatum. He had a nice little 54 against the fully healthy Nets

All that did was help Tatum extend some franchise records. It was his 6th career (including playoffs) 50 point game. No big deal really. The Celts have had a few decent players over the years I suppose. Some guy named Larry Bird (who Tatum has passed) for example. He was OK I guess.

We were allowed to catch our breath for a total of two (2) days until our next contributor. That would be Kyrie Irving who had himself 50 against the Hornets on 3/8.

There are few things more visually pleasing on a basketball court than when Kyrie has it cooking offensively. It's effortless destruction and there's really nothing you can do. There's always the "pray he misses" move, but when Kyrie is locked in like this that simply does not happen. At this point, it started to feel like something was up. We were 8 days into the month and already had three 50 pieces. That's not exactly normal.

Then came a lull. A whole three days before our next 50 which came via someone you've already seen. Yes, sadly I have to once again write something nice about LeBron. On 3/11 he had 50 against the Wizards

Look, two different 50s in the span of 6 days is pretty fucking nuts. Not just for a 37 year old, but for anyone. What else can I say? Can we move on? Who gives a shit about this lottery bound team and the players on it.

If you thought maybe now, in mid March, things would slow down a little bit with this stuff, boy are you mistaken. Just two days later we had our next 50. This time, from Kevin Durant against the Knicks

Yes, it's true, these type of games count even if they come against the Knicks. Maybe you think they shouldn't, but those are the rules. It was KD's second 50 of the season (51 vs DET on 12/12) and it was around here where the chatter started to heat up about how the Nets could be a problem come the postseason with Kyrie and KD so locked in offensively. That pairing is about as devastating as it gets. Little did we know what was on the horizon.

Before we get to that though, we should mention what happened the very next night on 3/14. That would be KATs insane 60 point performance against the Spurs. What an unreal thing to witness

7 made 3PM, a franchise scoring record, and for the moment the highest-scoring night of the season. By now, our pet's heads had officially fallen off. Nothing made sense anymore. In the first 14 days, we had now seen 6 of these things. You had to tune in every night because at this rate it was more of a "who" question as opposed to "when" someone would drop another 50.

The answer, was the very next night. But it wasn't 50, it was….another 60. This time, from Kyrie Irving against the Magic

Another franchise record, another highest scoring total of the season on the very next night. The second time in a week that Kyrie had at least 50. That's totally normal and something that happens all the time right? Wrong. When does that ever happen? We should have known something weird was on the horizon.

Because another two days later, we got another one. This time from maybe our most surprising contributor. Saddiq Bey, come on down! He had 50 on 3/17 against…the Magic. Woof, rough couple days for Orlando.

He was definitely hunting it at the end of that game and I say who cares. You get that close to 50, everyone should be allowed to hunt for it. In a season without a ton of high moments, it was cool to see the Pistons and their fans have a night like that.

For the last two weeks, things were quiet. While that's pretty normal, for some reason in the month of March it felt weird. Two weeks worth of games and no 50 point performance? Pathetic. At this point, I was fully addicted to these things. Can't get enough of em yet night after night I was left with nothing.

Then 3/31 arrived and we were back in action. This time from DeMar DeRozan with a dominant 50 in a fairly massive win over the Clippers. The Bulls had been sliding and sometimes a 50 spot can be just the thing to change the vibes of your entire team

Good luck trying to deny this man in a close game down the stretch. No shot. One of the best clutch time and 4th quarter players in the league and this was a great example of why.

All in all, 9 different 50s in 31 days. Outrageous. What's nuts is there were a couple that were right there either by point total or date.

You could make the case that Ja got all this started and a few of those guys make another basket or two and we have even more of this shit. When people talk about how the talent in the NBA has never been better, I'm starting to think this might be what they are referencing. We're seeing it on good teams, bad teams, old guys, young guys, MVPs, All Stars, normal guys, it hasn't mattered. I'm pretty sure this is something that nobody reading this blog has ever seen before. I find that pretty cool, but it's well documented that I am a big time sucker for watching NBA history be made. That gets me going every single time.

So what will April bring? Hopefully more 50 point performances because that means we're getting them in the playoffs. Regular season 50s are cool and all, but have you ever experienced a playoff 50? It's tremendous. I would highly recommend it

so here's to hoping there are more of these things in our future, and looking around the league right now I'm pretty confident it's going to happen.