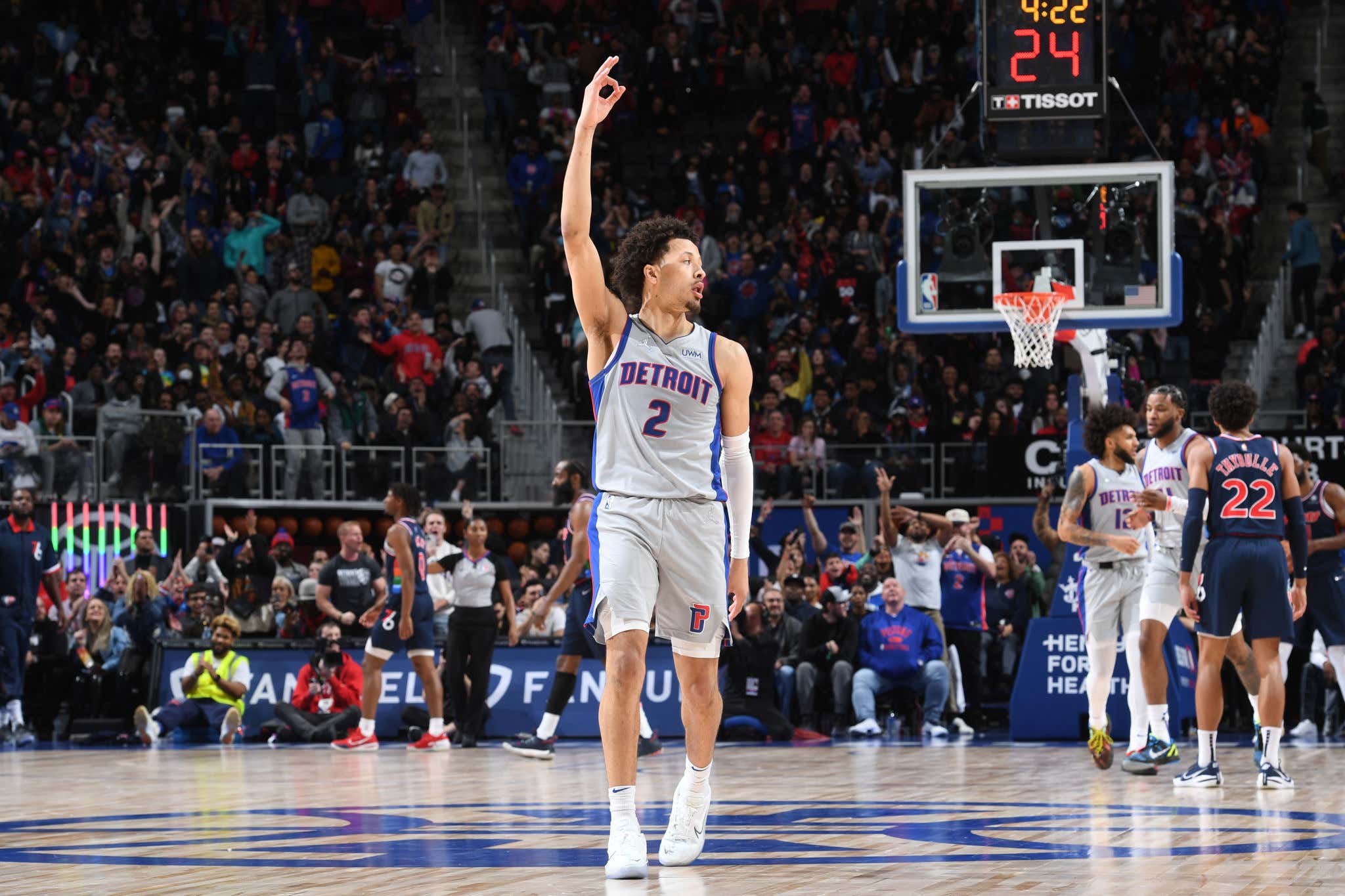 Now I'm not going to do what maybe you thought I would do when you clicked on this blog. Why? Because I understand self awareness. I'm not going to clown on the Sixers for losing to the Pistons all because they collapsed down the stretch and lost the 4th quarter 29-15 with Embiid finishing with more FTA (16) than the entire Pistons team to go along with his 7 TOs. Why would I do that when my very own favorite basketball team has also lost to the Pistons. That would be a bit hypocritical in my opinion.

This blog is about the Pistons. Here's a dose of reality for you, the Pistons are sneaky pretty good. Not in a Wins/Loss sense because they are 21-56, but this result should surprise nobody. This is who the Pistons have been since the All Star Break. They play pretty much EVERYONE tough. If you take them lightly, they'll beat your ass. Just look at their schedule since the game before the break (credit to me for starting the cutoff there as opposed to after the ASB) 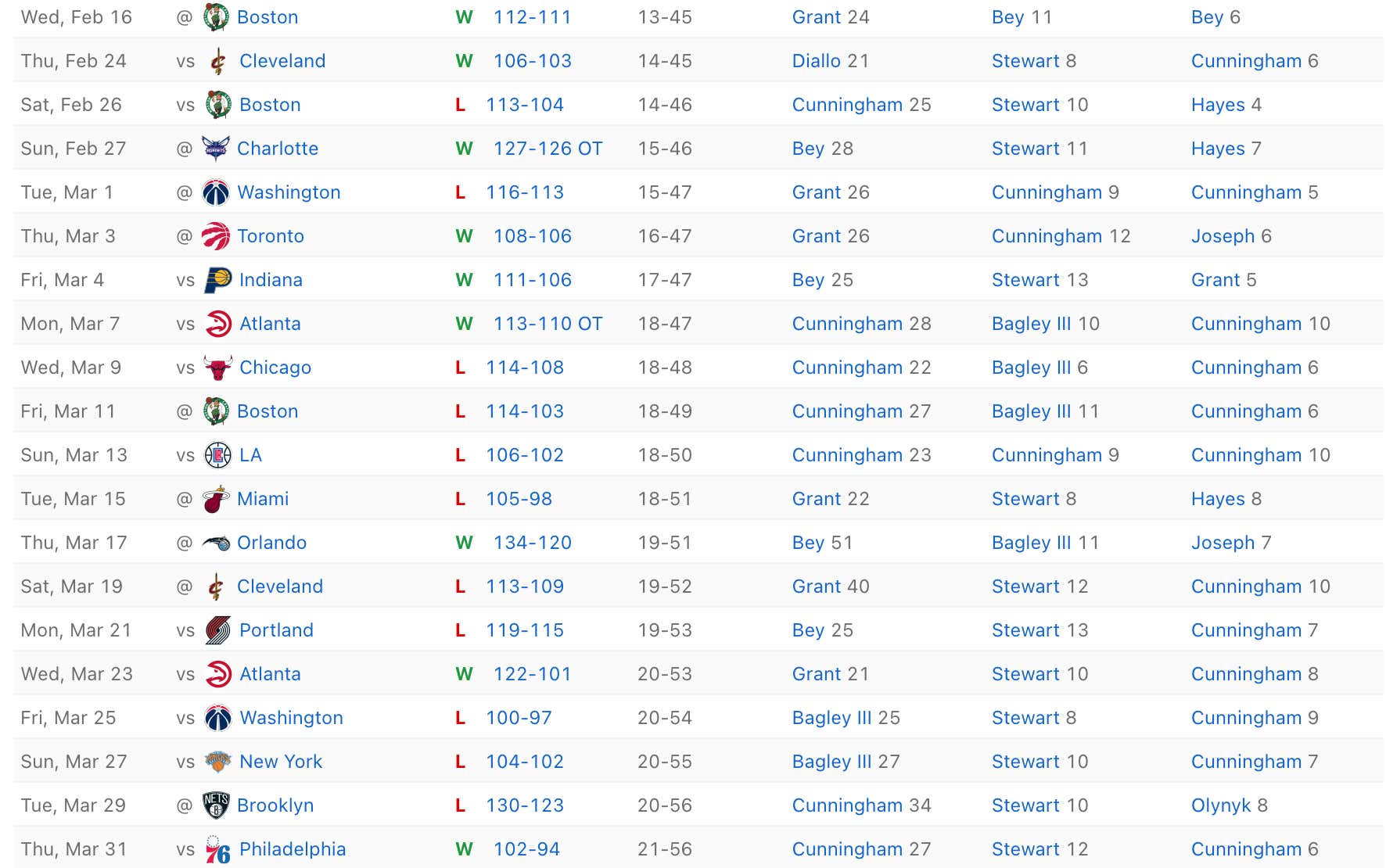 Like I said, throw out the actual record for a second. If you're curious, it's 9-11 which is bad but for them? Pretty damn good! This is more about how close all of these games are. A total of 11 of those games were decided by 4 points or less. They were basically competitive every single night regardless of the opponent. For a young rebuilding team, that's all you could really ask for. The best part about all of this is the fact that their lottery odds aren't being destroyed. They still sit 3rd! That gives them either a great piece to add to this really good young core, or maybe package it with stuff for an impact player now. Either way, not a bad place to be.

You look up and down this roster and all the credit in the world should go to this front office. They have absolutely nailed their recent drafts. Guys like Saddiq Bey, Isaiah Stewart, Killian Hayes (meh, but it's early) look solid as hell. Then there's Cade. This man is special. He has that "it" factor where you know it when you see it. The pace in which he plays, his size and skillset, the dude is making quite the push for ROY

Of all their picks that look like hits, this is by far the most important. You nail your franchise building block pick, it can rapidly speed up your rebuild. Just look at what happened this year with the Cavs. They came out of nowhere right? Well that's because they nailed their drafts during the initial stages of their rebuild. Sexton, Okoro, G arland, andMobley were all slam dunks and they took off.

That is what I truly think can happen with these Pistons no matter what happens this summer. They are tough as hell, they defend, and they have "the guy" in Cade. That can get you into the play in conversation in just one season. It should not surprise anyone if next year we see them flirting with the 7/8 seed. I know that might seem hard to visualize for a team that might not win 25 games but you can see it if you watch their games since mid February. They are most certainly not afraid to play anyone and these type of wins/games to end a season can really build momentum.

It's not as if any big time free agent is foaming at the mouth to join the Pistons, so they had to go a different route. They had to build organically, and the early returns sure do look pretty damn impressive. Good for them and good for any Pistons stoolies out there. Lord knows these last few years haven't been pretty but brighter days certainly look to be in your future.