Though I'm not sure how many coaches will actually take him up on it, I'm certain this truly will lead to something good in one way or another.

Matter-a-fact, as a big time #sports person myself, this reminds me of my close personal friend, Coach Buzz. Back in the '90s he wrote over 400 letters to the coaches he encountered early in his career, and he spent his time at the '94 Final Four handing out his resume in the lobby where the National Association of Basketball Coaches were staying. Now he's the head coach at Texas A&M after four years at Marquette and five at Virginia Tech, and he gets to network with all sorts of top tier #basketball experts: 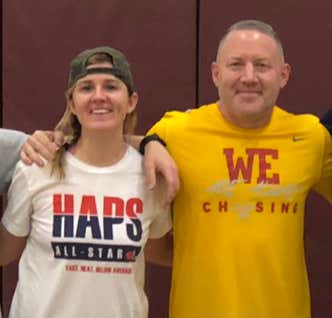 Back to Andrew's post, I was expecting at least a few haters simply because it's the internet… but the comments have been overwhelmingly positive. In fact, I couldn't find a single negative one. And people are already starting to hit him up with encouragement & offers for guidance.

And if I'm wrong and some coaches do hit him up for a ride, I hope he takes his mom's advice.

And lastly, Andrew, either way I know some other guys who could use a lift down there if you need any mentoring on piss jugs, boner dogs, and/or drinking paint.

UPDATE: Assistant coach at Sacramento State is the first taker.