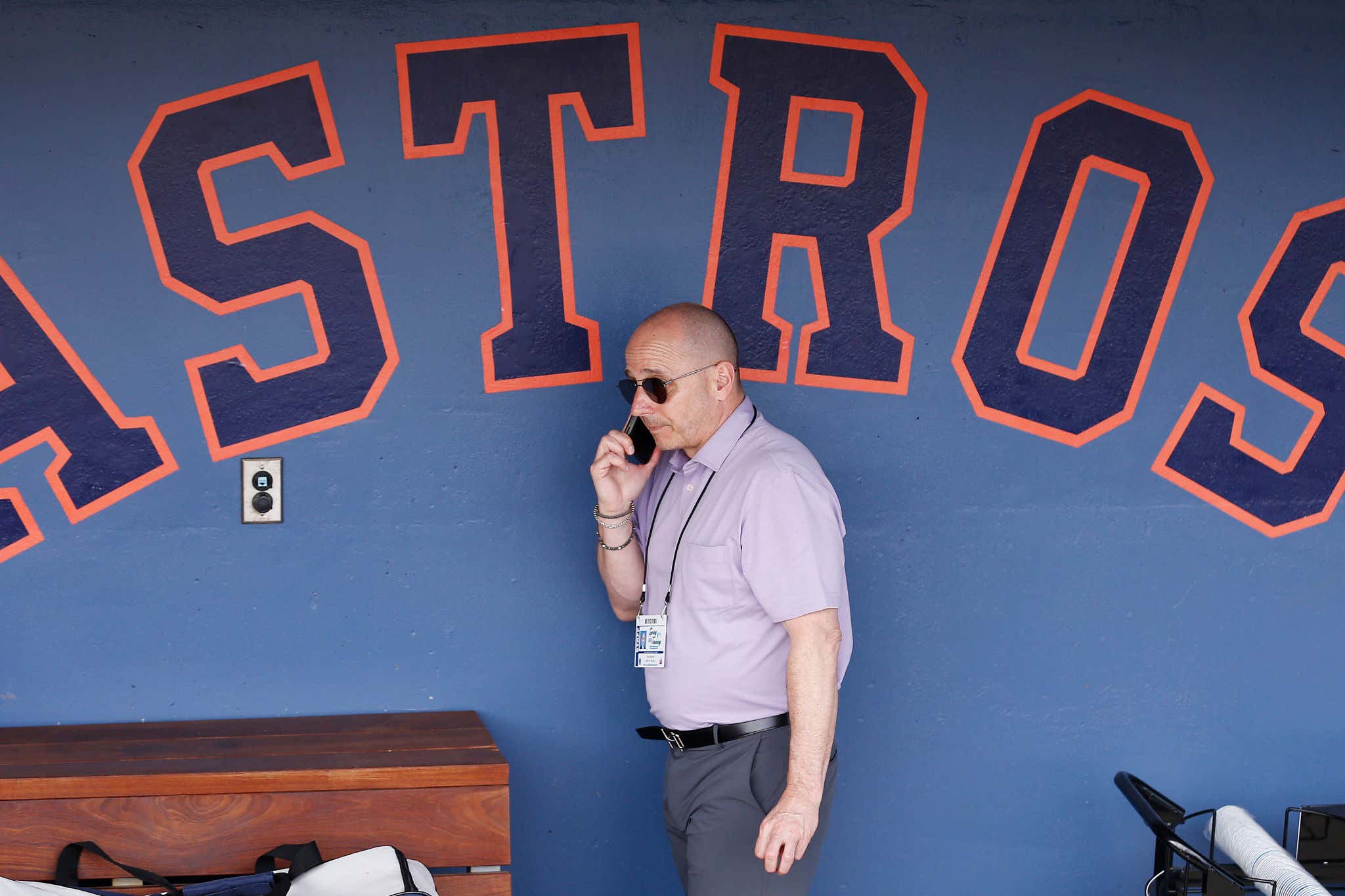 Brian Cashman came out today in the year 2022 and decided to hide behind the 2017 Houston Astros as his excuse to why his Yankees haven't been back to the World Series since '09. That's a thing that actually happened.

"The only thing that stopped (us) was something that was so illegal and horrific," Cashman told The Athletic. "So I get offended when I start hearing we haven't been to the World Series since '09. Because I’m like, 'Well, I think we actually did it the right way.' Pulled it down, brought it back up. Drafted well, traded well, developed well, signed well. The only thing that derailed us was a cheating circumstance that threw us off."

It's one fucking year dude, two if we're being generous. Let's not forget the Yankees scored three total runs in the four games played in Houston during the 2017 ALCS. Yes, the first two games were one-run differences and I hate to think back what could have been, but still come on man this is pathetic to say out loud five years later.

So what happened between 2009 and 2017? What about the seasons where teams like the Rays and Red Sox lapped you? How about the Astros going back to the Fall Classic again this past year? Hiding behind a decade's worth of failure because of one series is such a horrible excuse for your own issues. It's a microcosm of what this organization has turned into.

Maybe try constructing a roster that isn't as flawed as the one you've been putting out? Maybe learn to cut ties with prospects instead of holding onto them until they are utterly worthless? Maybe go out there and be aggressive with building a starting rotation instead of banking on injury-riddled vets like Paxton and Kluber all of a sudden turning back the clock? You should be offended when you hear the Yankees haven't been back to the World Series in 13 years, but the main problem is the guy looking back at you in the mirror….and Hal.

P.S. With the spring he's had, Marwin Gonzalez will likely be the team's utility bat off the bench. That's the very same Marwin Gonzalez who benefited from the cheating scandal more than anyone. Dude had a .907 OPS that year and since hasn't been able to crack .750. If you were still so mad about 2017 why'd you go and sign that guy?