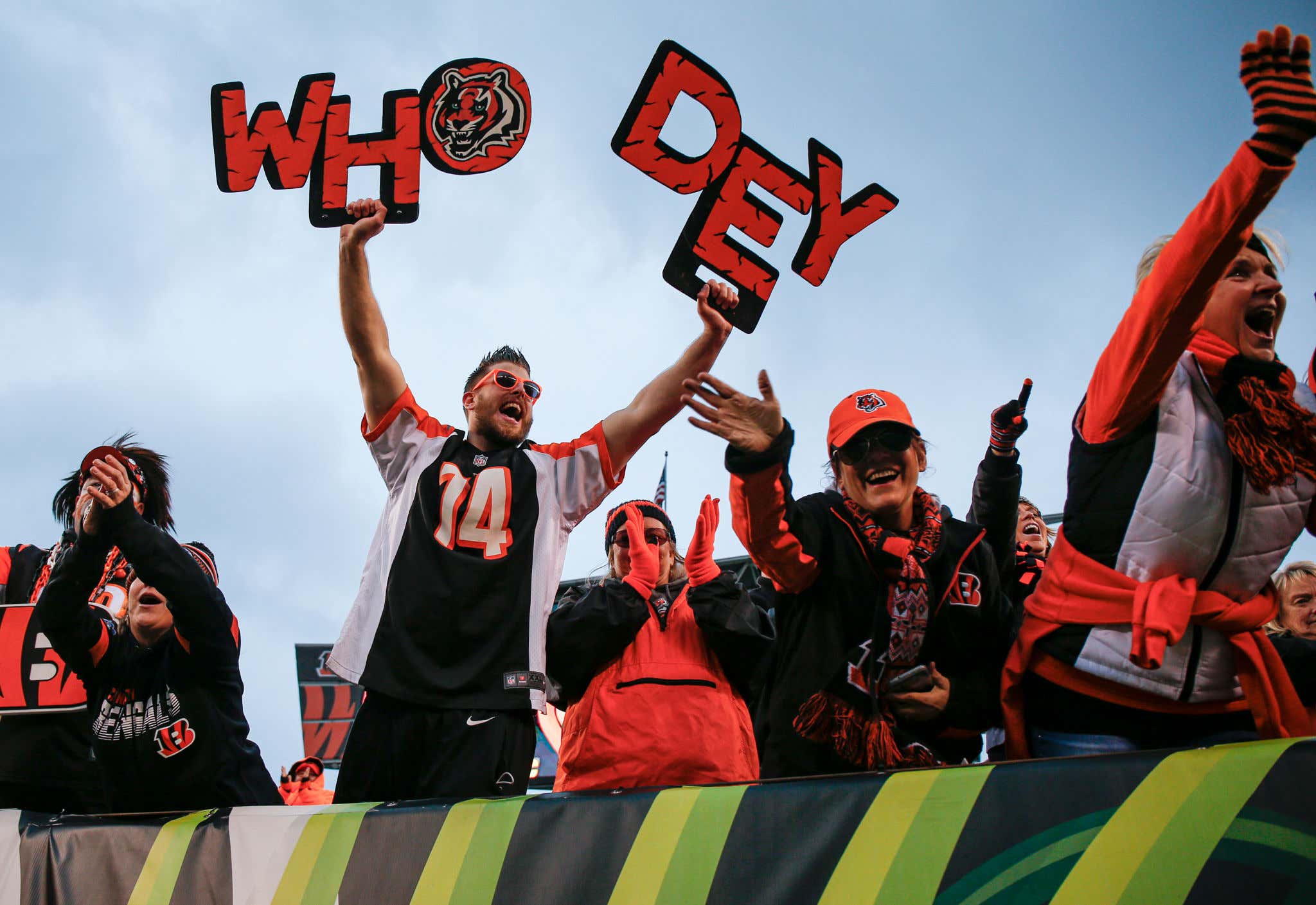 Imagine if the Bengals actually crush the draft and add more firepower to their roster. It seems like Duke Tobin and Co. don’t really need anyone’s help or input these days, because damn, what a difference a couple years makes. Nevertheless, it’s Mock Draft SZN, and we’re less than a month out from the big day.

I realize it’s ridiculous to forecast seventh-round picks who might not ever make it in the NFL. And I know you’ll be outraged at some of these picks. I know that. It’s gonna be OK, guys. It’s OK. It’s OK. It’s OK.

Also, don’t kill the messenger on who’s available and who isn’t at certain stages of the draft, by the way. I ran through multiple simulations on The Draft Network, and even cross-referenced alternative options for the first three rounds via Pro Football Focus sims. Alright. Just fair warning on all that jazz. HERE WE GO…

I think with the spending spree in free agency on the offensive line, adding competition for Eli Apple at the CB2 spot must be the top priority in the draft. There are potentially “safer” options in later rounds, but someone with Tariq Woolen’s athletic profile, raw-ish skill set be damned, seems unlikely to last until Cincinnati picks again at 63rd overall. Bengals defensive coordinator Lou Anarumo has a full background in coaching DBs. There won’t be pressure on Woolen to step in and start right away. He boasts a 4.26-second 40-yard dash to go with a 42-inch vertical leap, which, this just in: Is utterly ridiculous. Woolen is rather advanced from a technique standpoint given that he’s only played cornerback for two years. The upside here is enormous, and ultimately too tantalizing to pass up.

There’s a world in which Chenal could be the 31st pick, and Woolen does fall to 63. In any event, this is how it played out when I ran the sims. Logan Wilson is already an ascending star in Cincinnati’s linebacker corps, with excellent chops in coverage, Chenal is the downhill, run-stopping force of nature the Bengals could use as a perfect complement. Although Chenal can be a liability against the pass, he’d likely be deployed more often in Year 1 as a pass-rusher outside, or as an inside blitzer in Fire Zone-type looks. That means Chenal won’t automatically have to leave the field on third down.

You’ll notice a trend here of high-caliber athletes, and even though he hails from a small school, Strange is no exception. The type of movement skills he has and the sheer explosiveness pop out even more so when you watch him, because he’s facing inferior competition. That said, he fared well enough at the Senior Bowl to endorse a selection here, and has the versatility to play center or guard, just as newly acquired Bengal Ted Karras does.

Overshadowed to a large degree by deserving first-round lock Ahmad Gardner, it’d be a perfect scenario for both Bryant and the Bengals if he were still available at this juncture on Day 3. Bryant was a four-year starter, and in that span, recorded 10 INTs and 35 PBUs. He’s excellent at tracking the ball, and would thrive in zone-heavy, off coverages that the Bengals ran with great success in the postseason. On 75 targets last season, Bryant yielded only 33 receptions (44%).

The tight end position is thin in this draft, and since the Bengals signed Hayden Hurst to a one-year deal, the two-deep depth chart of Hurst and Drew Sample seems fine for now. In fact, I’m optimistic Hurst will parlay his prove-it contract into a lengthy stay in Cincinnati. ANYWAY, Kolar has strung together three productive pass-catching seasons at Iowa State, and ranked first in the country at his position with 18 contested catches in 2021. That makes the 6-foot-6, 260-pounder an appealing red-zone target, and with that size, he can at least be passable as a run-blocker. I’d be surprised if Kolar winds up lasting this long into Day 3.

Something of a ‘tweener front seven defender, Barno is the perfect project to tackle at this stage of Day 3. Cincinnati is already counting on the similarly versatile Joseph Ossai and another second-year player in Cam Sample to take steps forward in the defensive end rotation. Barno ran a record-setting 4.36 40 at the Combine — can you tell I'm into fast guys with freakish athleticism? — so he obviously has upside in terms of physical tools. When he gets that speed rush going downhill with the proper leverage, look out.

I know it’s wishful thinking to suggest a seventh-rounder could do much of anything, but Monday did play in the SEC, and has spent two full seasons lining up at either safety spot while also taking significant snaps in the slot. Having a guy with that type of versatility on the back end at least provides some hope that Cincinnati can have depth while the futures of Jessie Bates III and Vonn Bell are sorted. Monday is also in the seventh round for a reason, namely being ejected for three targeting calls in 2021. If the Bengals could rein him in, opponents may not want any of this Smoke.

At 6-foot-9, Tenuta has room to pack on some weight, which he needs to do to last in the NFL, as requires more functional strength. He shadowed eventual first-round pick Christian Darrisaw while at Virginia Tech, and plays with fine technique, so it stands to reason he can develop into a solid swing tackle at the next level.