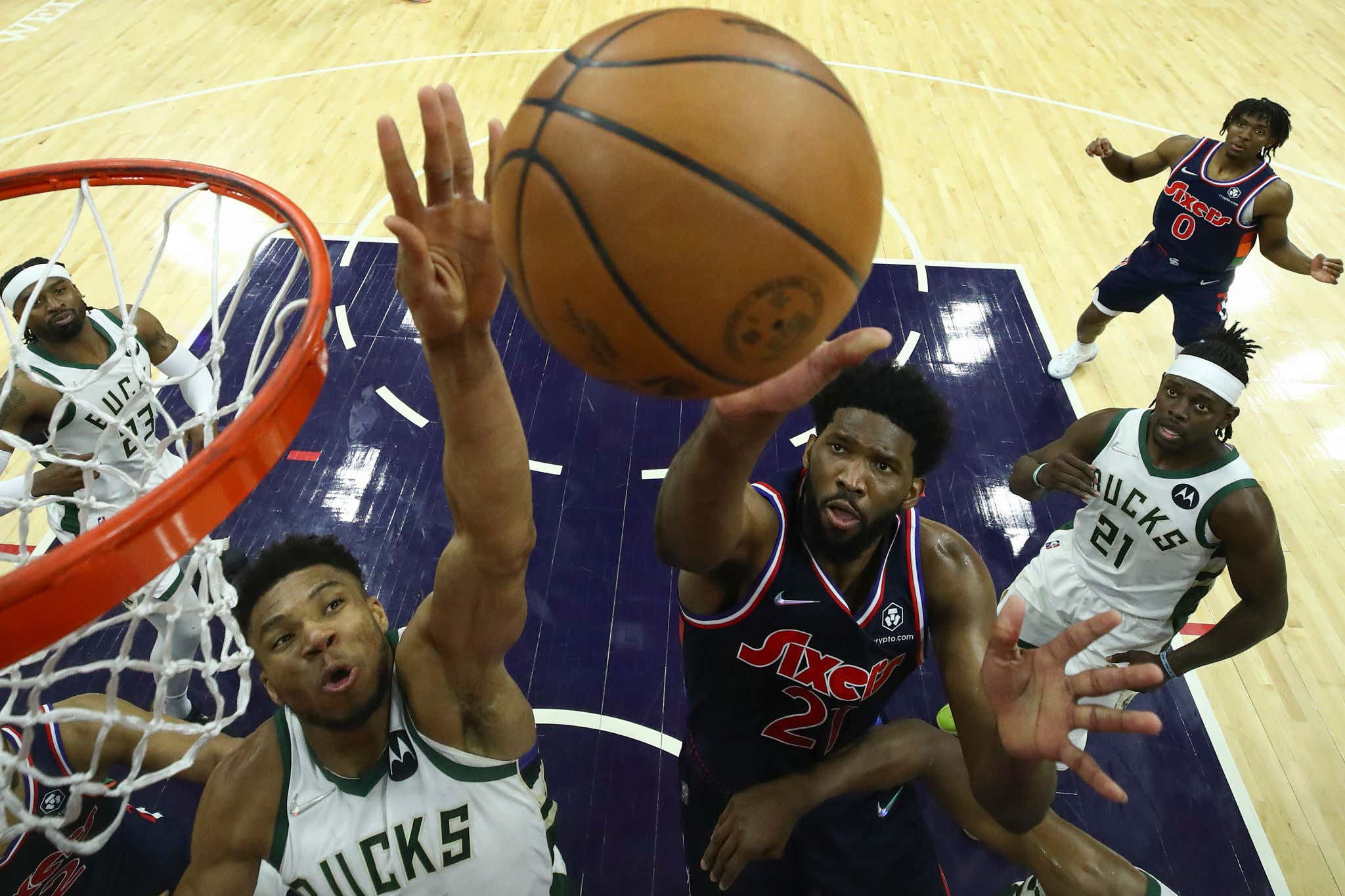 Would the Sixers be a better team right now if Ben Simmons were still playing? It hard to say.

What is easy to say, however, is that if Ben Simmons were in the same position as Joel Embiid at the end of the game last night then he undoubtedly would have ended up passing this ball to Tobias Harris instead of going for the game-tying bucket himself.

Had he passed up the layup to Tobias, then it doesn't get blocked straight to hell by Giannis and then the Sixers end up tying that game and winning in overtime (realistically they probably would have gotten their dicks stomped in overtime because that's just the way things work around here. But this is my fantasy world we're living in right now and I say they win).

The lesson to be learned here is sometimes it actually pays off to be a coward. Sometimes the cowardly decision is the right one. Sure, Joel Embiid had to go up 1-on-1 against Giannis in this situation if he wanted to get a signature MVP moment. But at the end of the day, Giannis made Joel his son and then went on to tell some dad jokes in the post game presser.

P.S. - I hope you all find something in life that you love as much as Doc Rivers love blowing double-digit leads.