A pragmatic U.S. Marine observes the dehumanizing effects the U.S.-Vietnam War has on his fellow recruits from their brutal boot camp training to the bloody street fighting in Hue.

We interviewed Vincent D'Onfrio a while back and his stories only made me love and appreciate this movie more. It's one of the greatest anti-war movies ever made and is a must-watch for fans of good movies.

Deep in the heart of Jakarta's slums lies an impenetrable safe house for the world's most dangerous killers and gangsters. Until now, the run-down apartment block has been considered untouchable to even the bravest of police. Cloaked under the cover of pre-dawn darkness and silence, an elite swat team is tasked with raiding the safe house in order to take down the notorious drug lord that runs it. But when a chance encounter with a spotter blows their cover and news of their assault reaches the drug lord, the building's lights are cut and all the exits blocked. Stranded on the sixth floor with no way out, the unit must fight their way through the city's worst to survive their mission. Starring Indonesian martial arts sensation Iko Uwais.

The Raid and The Raid 2 are two of the greatest action movies ever made PERIOD. It is a simple story that lets you focus on what is important: incredible action scenes. There are multiple martial artists in this movie and basically all of them have gone on to do even bigger things including John Wick, Star Wars, Mortal Kombat, Warrior and more. If you like action movies, it is absolutely must watch.

Barry follows Barry Berkman, a discharged Marine from Cleveland, who works as a hitman. Lonely and dissatisfied with life, he travels to Los Angeles to kill a target and ends up "finding an accepting community in a group of eager hopefuls within the L.A. theater scene

Barry is one of the best shows running right now without a doubt. In fact, I would say that S2E5 is one of the top-to-bottom best episodes of television I have ever watched. It's got humor, tension, action and more.

Following a childhood tragedy, Dewey Cox follows a long and winding road to music stardom. Dewey perseveres through changing musical styles, an addiction to nearly every drug known and bouts of uncontrollable rage.

Without a doubt, Walk Hard is one of the most under-appreciated comedy movies in recent memory. It has held up really well and this scene in-particular always gets a huge laugh out of me.

Thirty years ago, aliens arrive on Earth. Not to conquer or give aid, but to find refuge from their dying planet. Separated from humans in a South African area called District 9, the aliens are managed by Multi-National United, which is unconcerned with the aliens' welfare but will do anything to master their advanced technology. When a company field agent contracts a mysterious virus that begins to alter his DNA, there is only one place he can hide: District 9.

Like Dewey Cox, I believe this movie is under-appreciated. There haven't been many original sci-fi movies that I can remember standing out as much as this one did. It's over a decade old but the SFX look better than a lot of movies that have come out in the last year. The action rocks and Sharlto Copley CRUSHES it. By the way, watching this makes me pissed off that the Neill Blomkamp Halo movie never happened. Bloody shame. 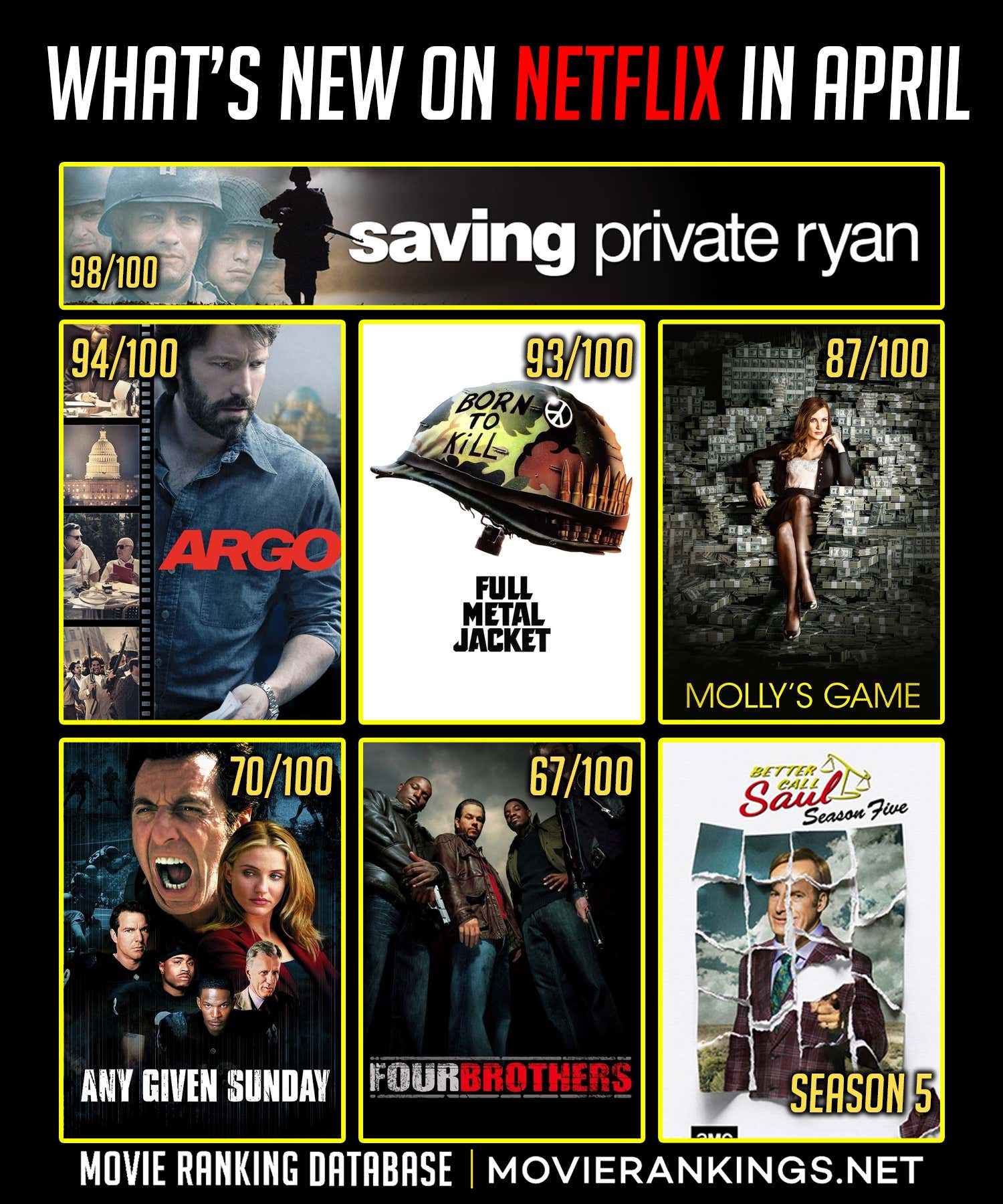 April 15th: Anatomy of a Scandal

April 1st: 300, A River Runs Through It, Ali, As Good As It Gets, Bad Teacher, Bee Movie, Blood Diamond, Braveheart, Caddyshack, Despicable Me, Eight Legged Freaks, Good Burger, Gremlins, Hook, I Love You Man, Interview With A Vampire, Jumanji(original), Kung Fu Panda, Malibu's Most Wanted, Nacho Libre, Paranormal Activity, Stargate, That's My Boy, The Hangover, The Longest Yard, The Sum of All Fears, There Will Be Blood, Troy, Unthinkable, Watchmen, Wild Wild West, Charlie and the Chocolate Factory

April 5th: The Killing of a Sacred Deer 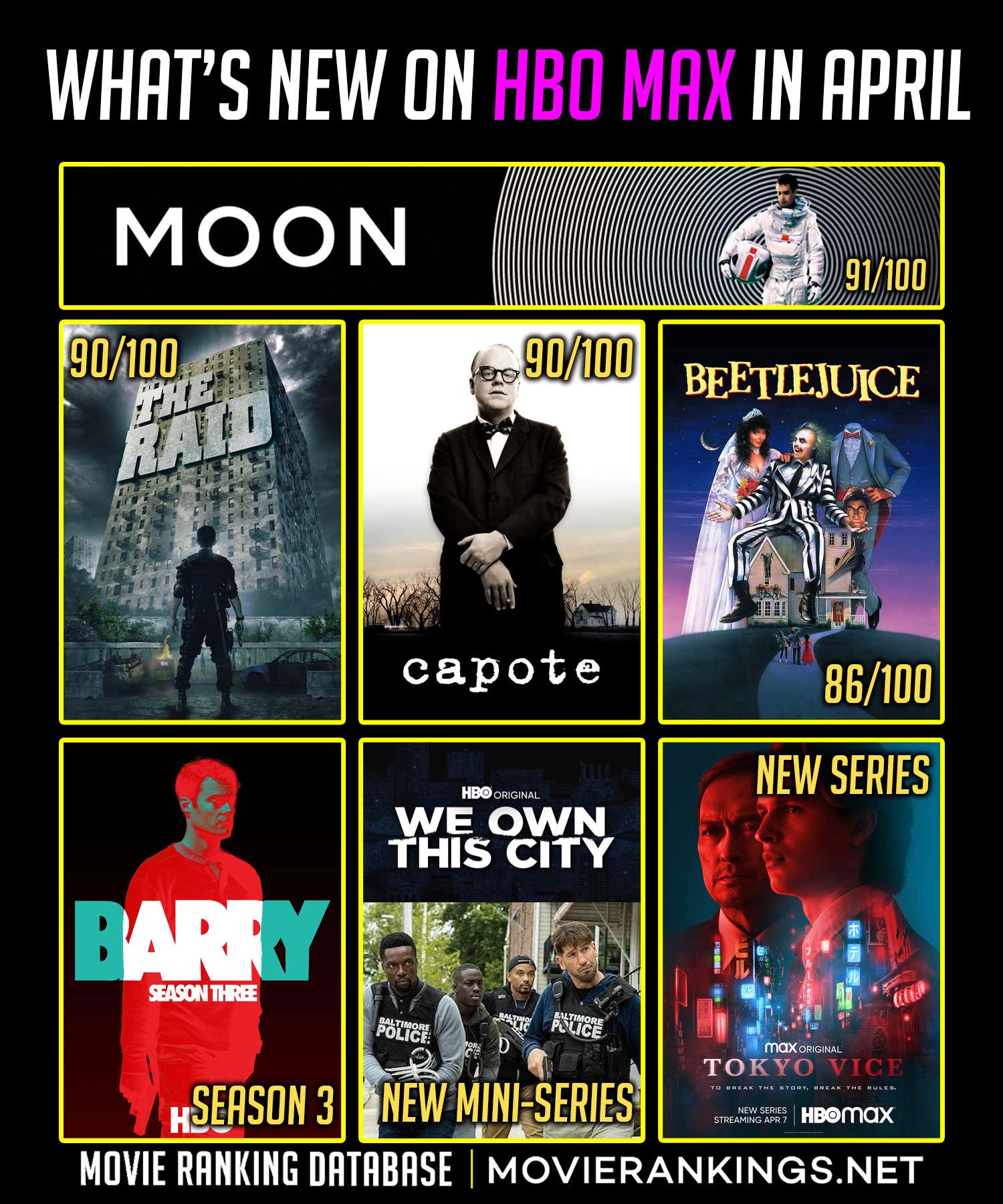 April 25th: We Own This City(new limited series from the producer of The Wire) 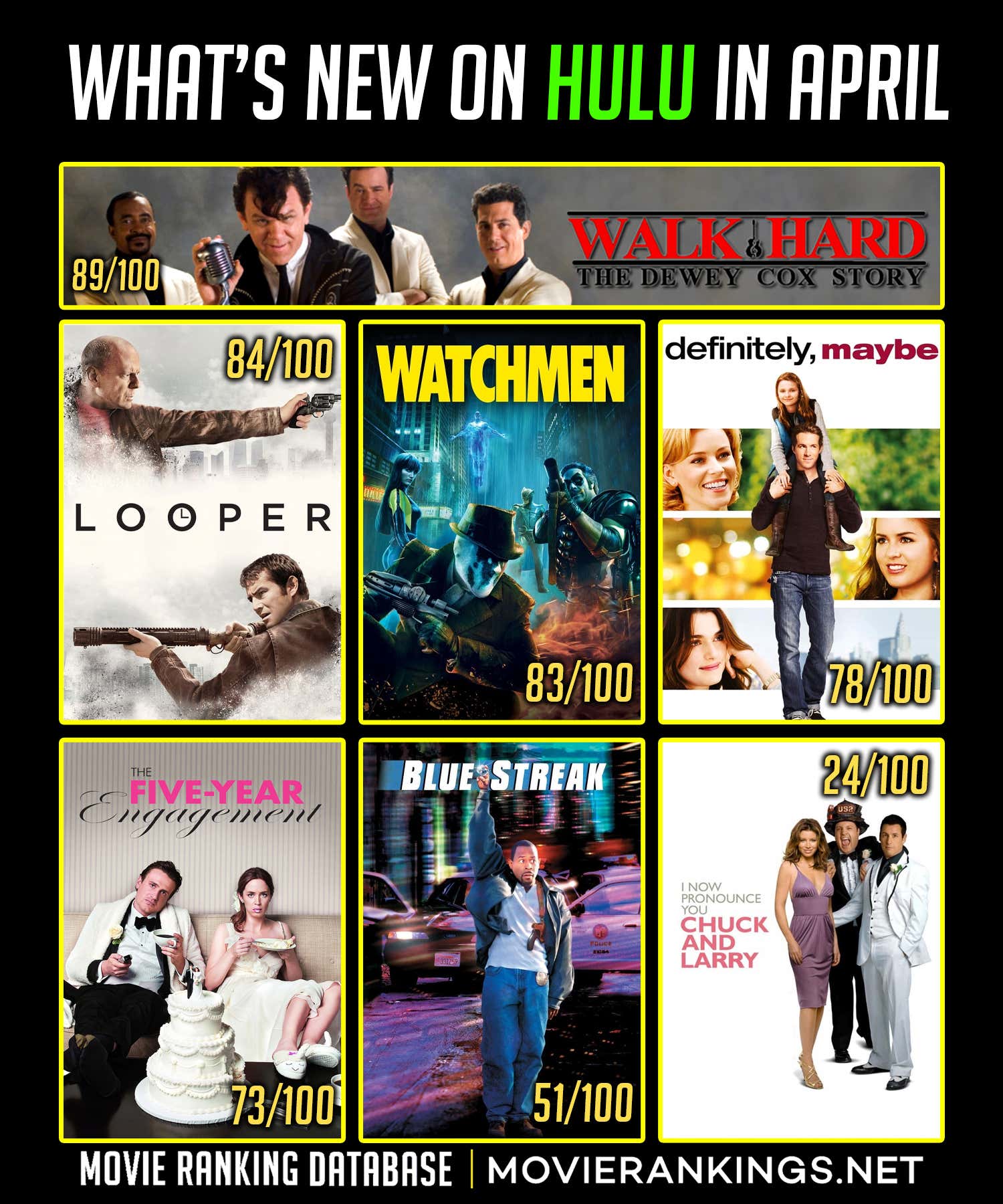 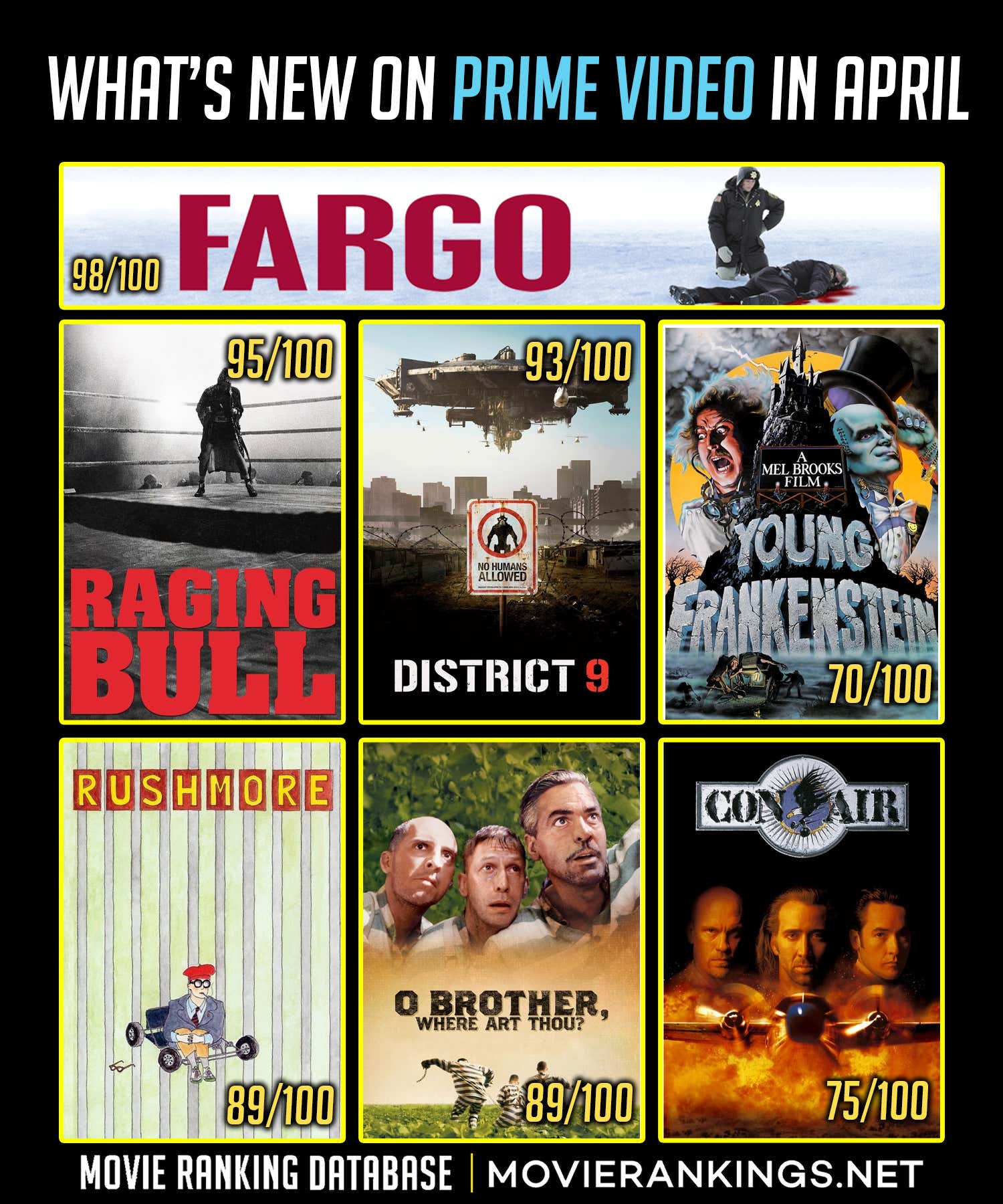