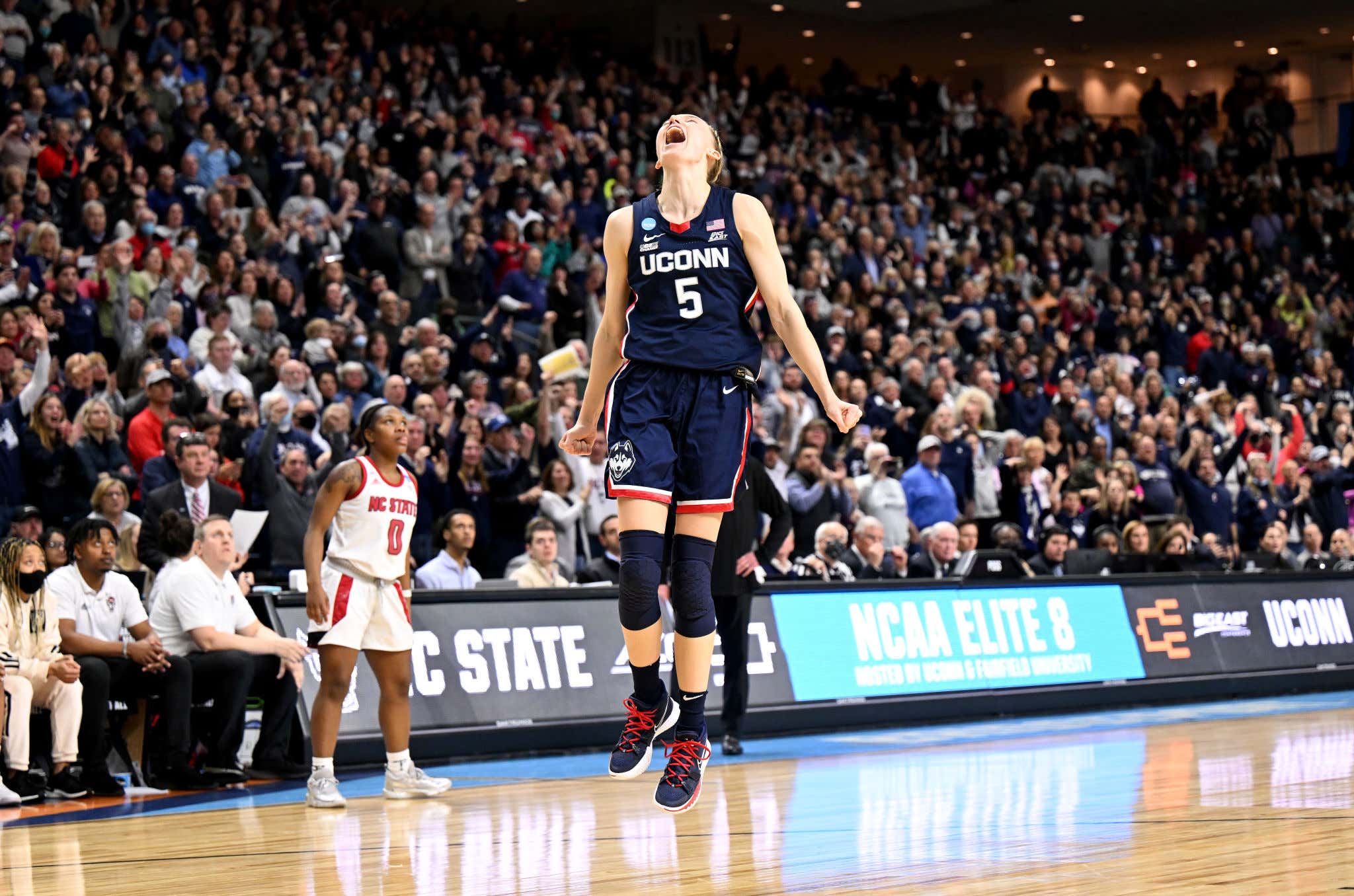 Saint Peters Doug was electrifying for a few days. Gonzaga getting exposed was great for the soul. The Coach K last dance and meeting up with UNC in the Final Four is an awesome story. But the biggest star of March Madness so far?

It was always Buckets.

I'm not the biggest college hoops guy on the planet. I'll admit I'm not out here watching every game. But I find it hard to believe there were many games in college men's or women's basketball this year that kicked more ass than UConn vs NC State last night in the Elite 8. Back and forth in the final minutes of regulation. Jakia Brown-Turner hit this shot to send it to double OT.

But at the end of the day, UConn had Paige Bueckers on their roster and NC State does not. That's typically going to be a pretty effective formula to winning basketball games.

It took a little time for her to get warmed up last night. That'll happen when you miss 19 games during the regular season with a knee injury and you've only been back from surgery for just about a month now. But after she took the 1st half to get the body going, she went off for 23 points in the 2nd half and 15 of those points came in overtime. I'm pretty sure she only missed one shot she took in OT. Assassin. Azzi Fudd, also a problem.