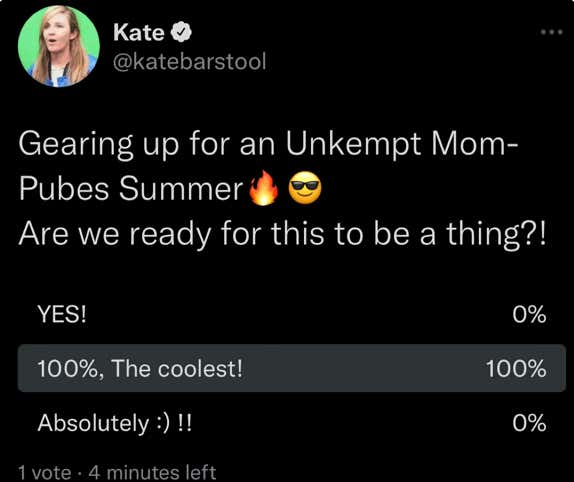 Welp, there you have it. And the survey is from a verified account so that's pretty much facts. And thank God, because recently I went through the wringer..

It happened because this past weekend was Captain Con's wedding down in Naples, Florida, and in the cold, dreary, dragging NorthEast months leading up to it I decided to bring the whole family for some pre-summer sun. Just wanted to get the baby a nice base roasting, golden brown or real tan. Just to get a base. 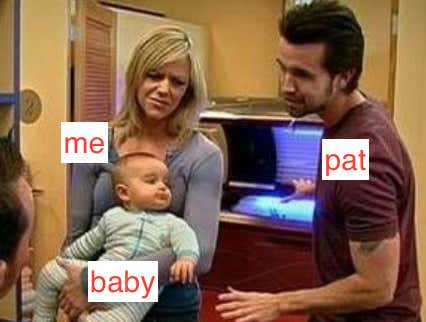 Besides Con's wedding & base tans, the other key reason for this trip was to get some primo Instagram photos of myself & the baby on the beach. Heartwarming caption, pretty background, handsome, advanced baby… That's automatic 'likes' my friends, and what is the point of having a baby if you're not reeling those in?

There was only one thing stopping me. I don't care so much that my body is different now, so my shape in a swimsuit was whatever… but my God… things got away from me this past year & I had a wild, out of control amount of "whatever" ("pubes") goin' on and I was afraid they ("heinous amount of pubes") would make an accidental appearance in some of those Insta photos & ruin everything. I wanted to strut confidently in my unflattering, one-piece bathing suit.

So a couple days before the flight I booked an appointment down the block. It was the place I usually go but my regular lady called out (she probably sensed that I'd been absent for so long it would be ah-rough) so I had someone new. This woman mentioned being fresh out of beauty school, had chipped black nail polish, & her raggedy Avenged Sevenfold jacket was hanging on the door. Right away the hairs on the back of my "neck" ("vagina") stood up.

I was right. Nightmare fuel. It's the only time I've ever stopped someone and walked out. And yet I kept apologizing to HER (Oh sorry, I'm just too sensitive I guess ha ha) and left her a great tip so as not to hurt her feelings… ::sigh::

Back at the apartment I almost called Pat over to see how insane my vagina looked but didn't want to ruin the possibility of us ever having sex again. Just know it had this vibe before I had to spend time & energy I don't have fixing it: 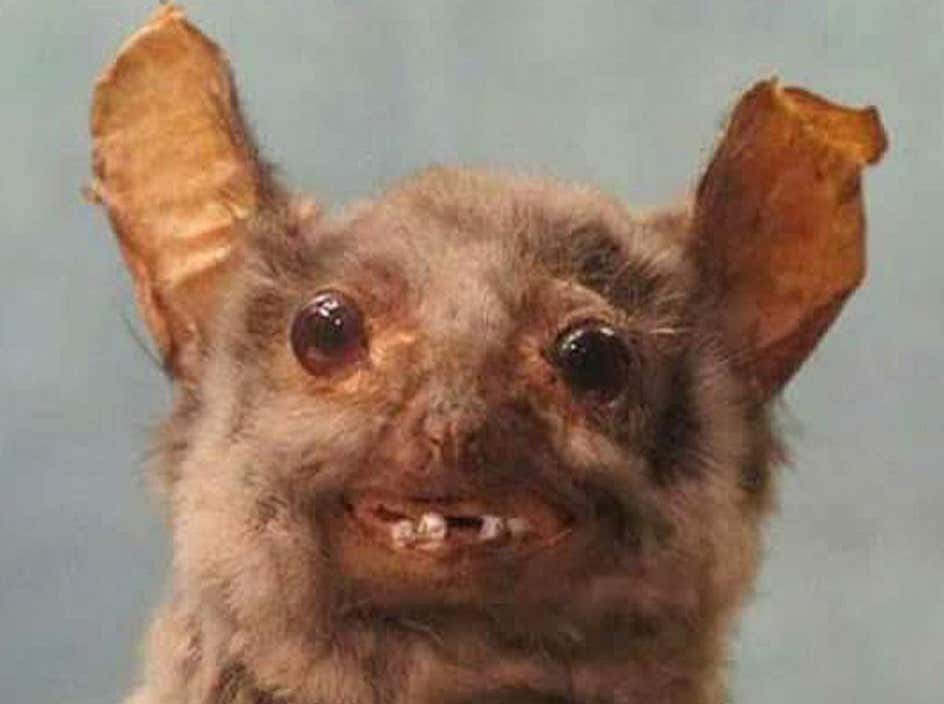 Had I powered through it despite the agony, or had I the guts to tell her she was really, really bad at her job, I would have felt braver than the U.S. Marines, which is how we kick off today's episode of ZeroBlogThirty - "5 Things Braver Than The US Marines". (Some are saying this was the worst blog transition to a podcast promotion ever and they are correct. I am so sorry. But hey, since you're here…):

On today's show we also cover the following:

-US veterans are heading to Ukraine, but some are already returning home