I love Eddie Lampkin. He became a household name late Sunday night with TCU pushing Arizona to the buzzer, quite literally. But Lampkin is a monster. He's a 2nd year player who barely played last year. What happened? He goes and keeps losing weight, dropping 70 pounds total in two years. Turns into a starter for TCU and gets 10 offensive rebounds against Arizona.

He's also a hell of a personality. You may remember him as the big guy who became a Storm Chaser. 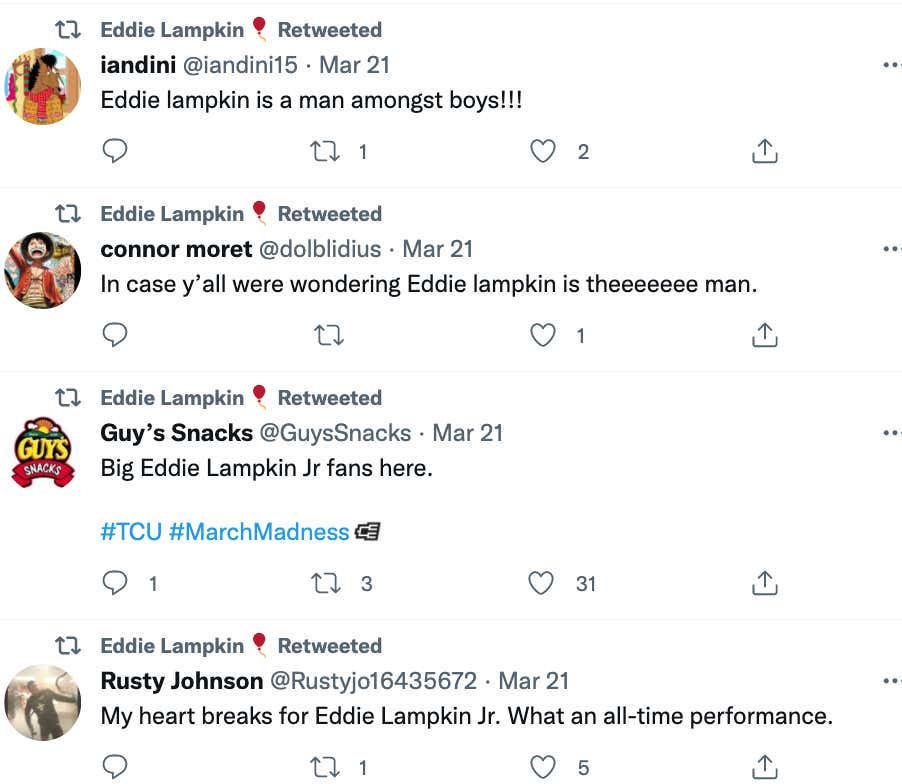 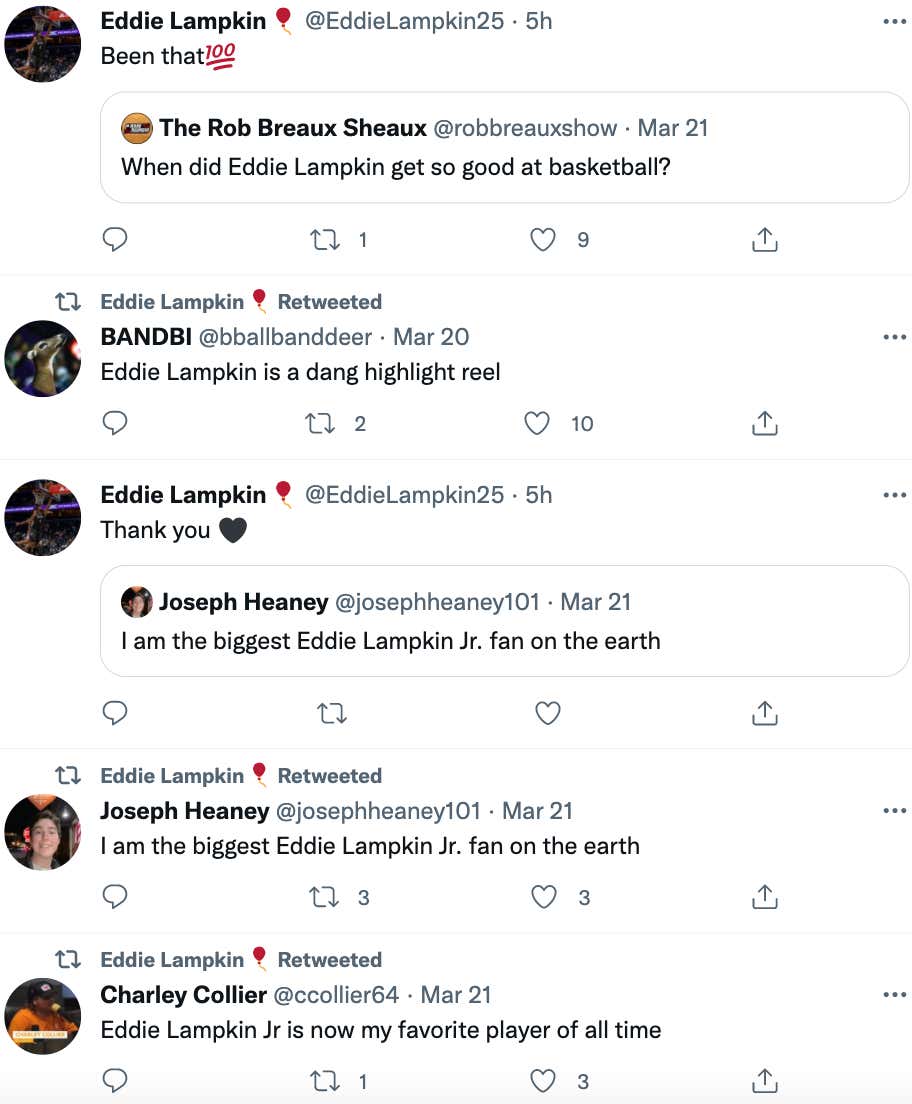 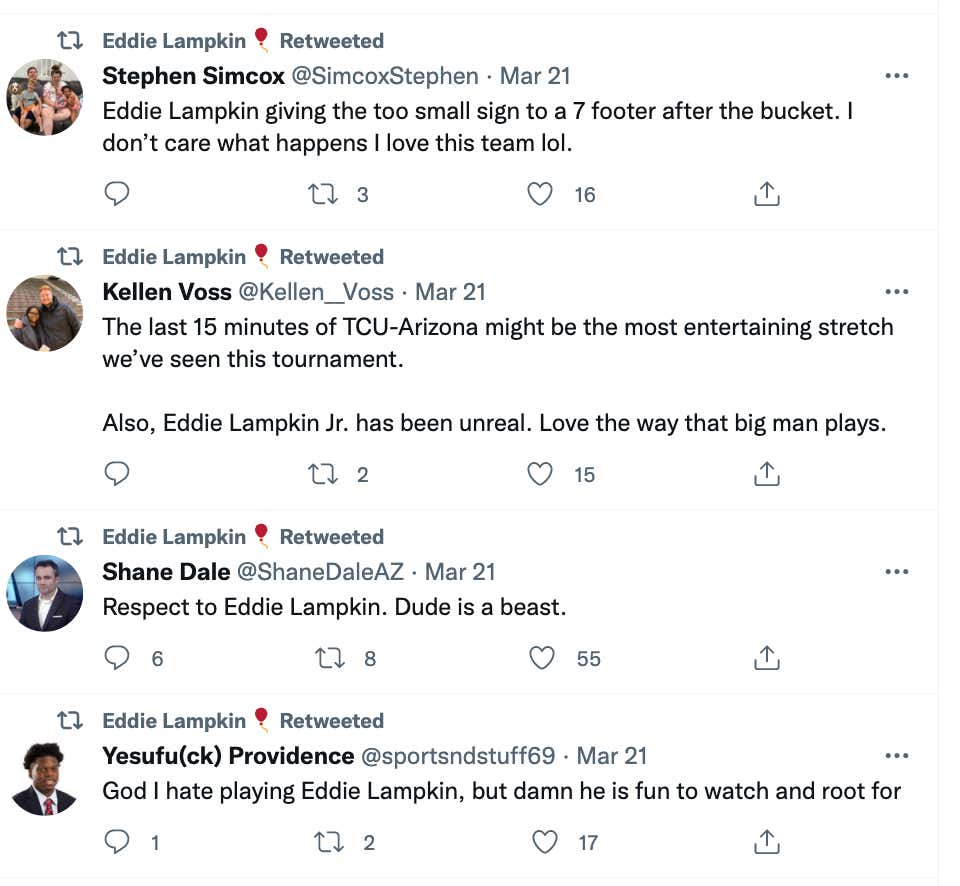 And on and on we go. There is legit like 100 of them. I love it. College basketball needs personalities like Lampkin. I know that we tend to think of coaches, but give me a dude like Lampkin every day of the week. I want someone not afraid to talk shit. I want someone with some confidence and won't just give boring ass answers. The guy works his ass off and that's why he's going to be a name that more people know next year.

I still can't believe the ending to that TCU/Arizona game by the way.

It's hard to give Terry shit for dunking it because the goal is to make the bucket and let the chips fall from there. It also would have been one of the coolest ways to end a Tournament game if it counted. We rarely see the dunk at the buzzer to walk it off. But this is a TCU blog. This is credit to Eddie Lampkin. Also credit to Jamie Dixon, wonder if Pitt wants him back yet or not.