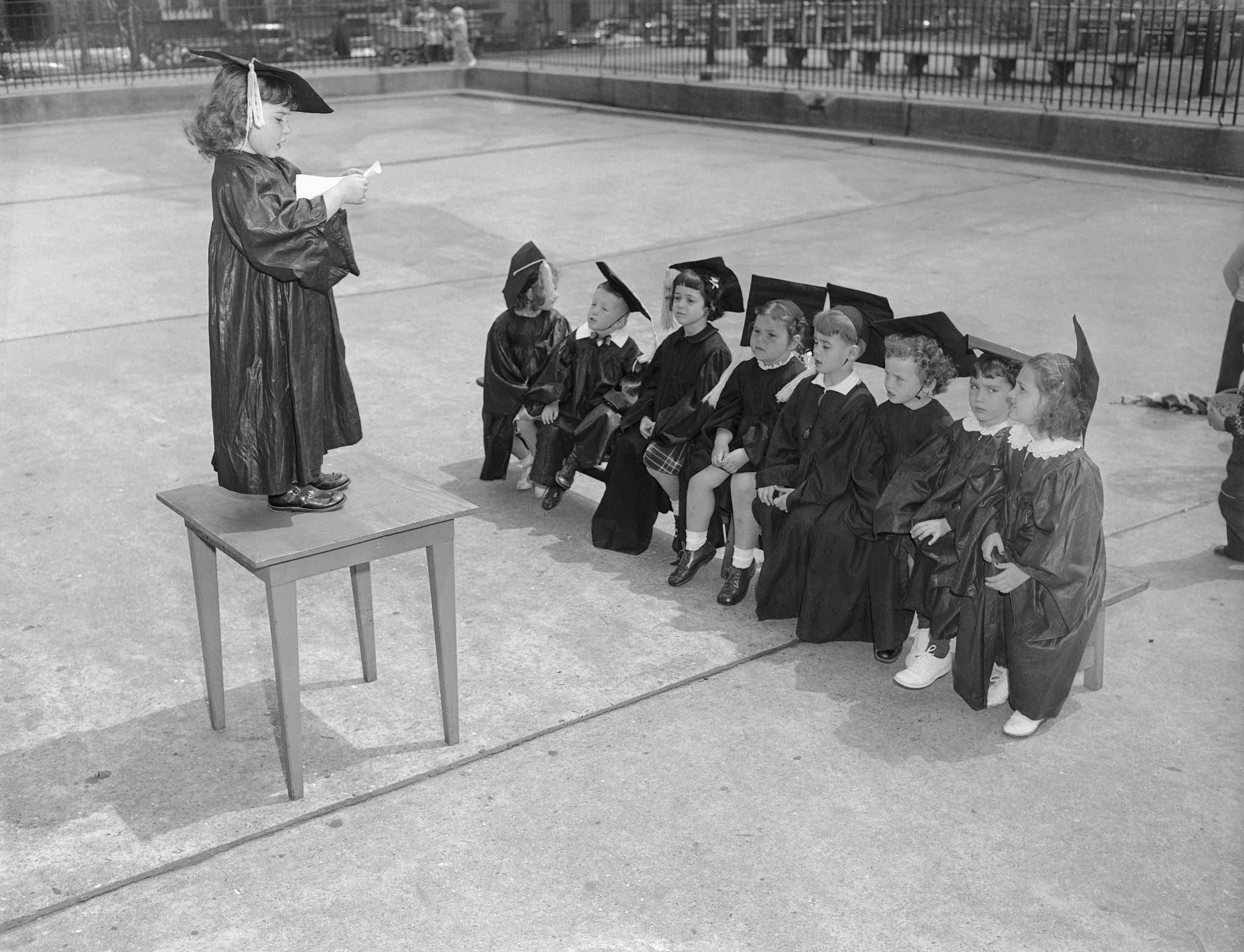 You can talk all you want about the multitude of way the adults who've put themselves into positions of power have tried to ruin a generation of American kids, and I'll agree with you. Declaring war on contact sports. Forcing them into remote learning while other countries kept their schools open. Discouraging them from outdoor activities (Remember when they filled in skate parks with sand and put locked lids on basketball courts?) in favor of staying indoors and in front of screens. Not to mention parents overfeeding them, over-medicating them, over-babying them by letting them grow into useless adulthood while living at home in numbers the world has not seen before.

But of all the dirty being done to this generation, nothing is more pervasive and damaging than encouraging kids not to be smart. Whether it's elevating the grades of lousy students to spare their feelings, eliminating advanced classes, or this insidious trend toward not singling out the academic achievers:

And it most definitely is a trend:

Source - Starting with the class of 2026, the Cherry Creek School District in western Arapahoe County, Colorado, will not give special recognition to students who have earned the highest grade-point average in their class at graduations, according to FOX 31 Denver KDVR.

The school district notified parents about the ceremonial change in a recent newsletter, the local news station reported. …

"The practices of class rank and valedictorian status are outdated and inconsistent with what we know and believe of our students," said the letter, which is dated March 9, 2022.

"We believe all students can learn at high levels, and learning is not a competition."

"Learning is Not a Competition" should be the epitaph chiseled into the headstone of the once proud American education system. (Note that I don't remember when it was all that proud. It certainly wasn't when I was halfassing my way through the Weymouth (MA) Public Schools and finishing like 60th in my class. But to hear my mom talk it sounds like it had its glory days.)

"Learning is not a competition"? Tell that to the Nobel Prize committee. The Pulitzers. The Newbery Medal. All those "Jeopardy!" contestants. The National Spelling Bee champions. Debate teams. Science fairs. Robotic competitions. My bar trivia team. Hell, tell it to the students in virtually every other nation that is kicking out kids' brains in the dirt academically. I don't know for a fact that they honor valedictorians in places like India, Finland, South Korea, Germany, Japan, Singapore, Israel or wherever. But I'd be damned shocked if they don't. And if they don't. it's got to be just because they never got around to it. And for sure not because they're worried about too much "competition." On the contrary. They're encouraging it because it makes human beings work harder, strive for success and measure themselves against others in order to reach their full potential. Which is sort of the point of school

So we have this straight, the Mason School District in Cincinnati and the Cherry Creek School district in Arapahoe County, CO still have competitions, just not for who can get the best grades, correct? I mean, they didn't do away with football, basketball, field hockey, soccer, wrestling. You can still give a prize to the fastest kids in track and no one worries about how the front runners pushed themselves too hard right? The regional swim meets still get decided by a stopwatch, correct? Or is that now "outdated and inconsistent with what we know" about the students?

If, for example, your daughter is by far the brightest and most accomplished student who put the time in to keep her grades up (unlike the two boys who inherited half their DNA from me), she gets nothing, because it would be too hard on the other 499 kids who couldn't do better. If she wanted recognition, well then she should've been born a great lacrosse player. Because we've got our priorities. And rewarding great intellect is not one of them. But worrying about hurt feelings is.

The Pussification of America takes on a whole new dynamic. I weep for my country.