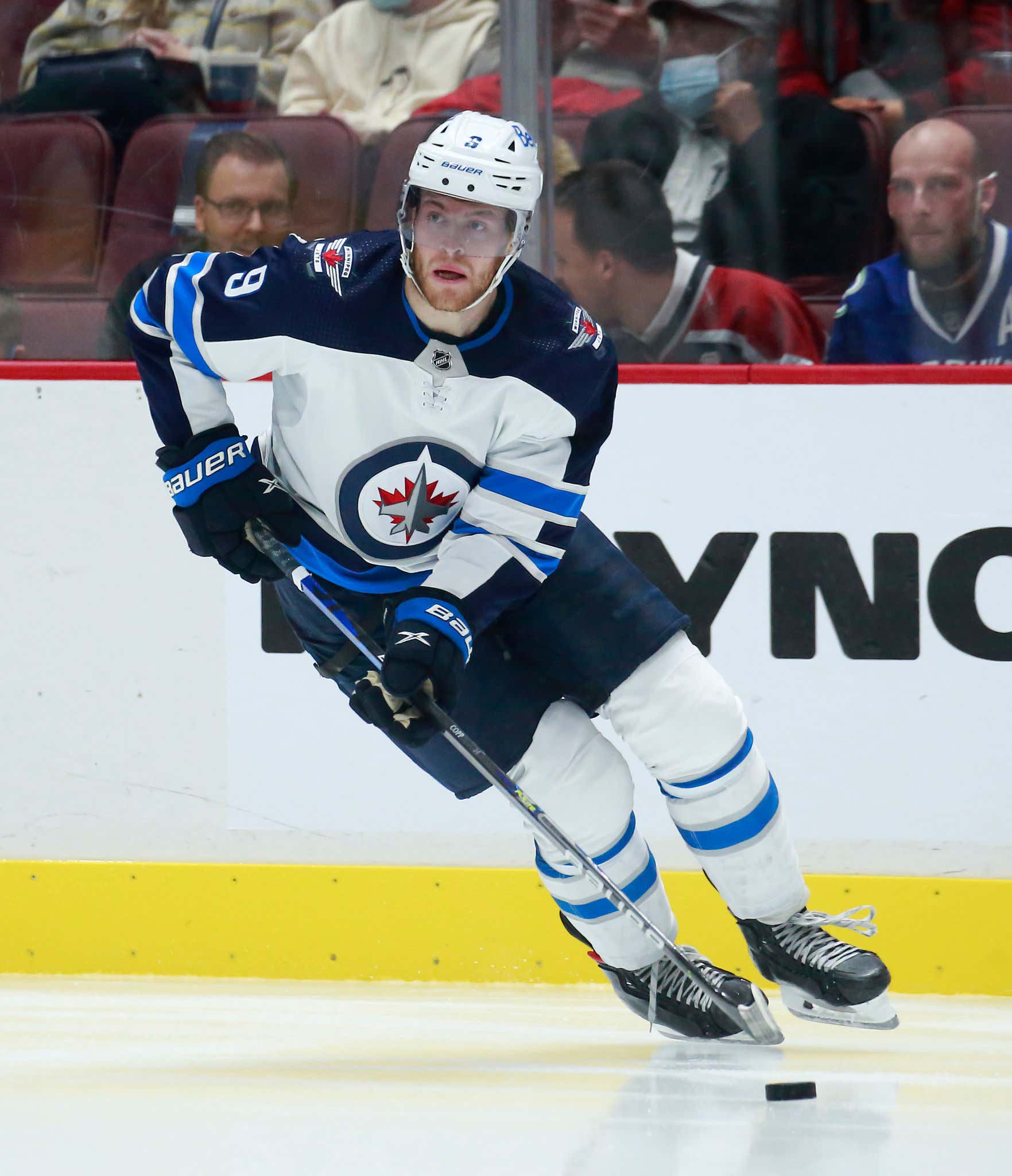 The Rangers waltzed into Deadline day reeling off wins in 4 of their last 5 tilts, including a back-to-back road sweep of powerhouse teams in TB & Carolina. With just 19 games to go they're only 3 points behind the Canes for the top spot in the Metro & a tiebreaker ahead of Pittsburgh. The Penguins are the only Eastern playoff squad to have a winning record against the Blueshirts (1-0 by virtue of a 1-0 squeaker last month). Overall, NY is 11-5 vs the best in the conference and have won 8 of their last 10 playoff-preview matchups. Despite maintaining a consistent level of success all season it was never a question - they needed to improve in order to truly be a postseason noise-maker.

All the big rental fish were never really a possibility. Pavelski was a guy I wanted all along but Dallas kept themselves in the playoff mix long enough for the veteran to re-sign. Hertl was a prime candidate to bolster the Rangers up the middle but San Jose was able to lock him up for 8 more years. Giroux had control of where he was gonna land by virtue of his NMC and him choosing NY was always unlikely. JT Miller (not a rental) erased any hopes of a reunion with a white hot two-month scoring binge only outdone by Marner and Matthews while vaulting the Canucks to wild card contention. So Drury was either going to have to pull off something from the clouds or build his team up with smart, calculated moves that left his treasure trove of prime trade assets untouched…for now. He successfully did the latter.

Last Wednesday, Drury brought in Frank Vatrano at the bargain price of a 2022 4th round pick. Vatrano was buried under an overflowing depth chart in Florida but has gotten top-six run so far in New York. He finally got on the scoresheet last night with an empty netter to seal the Georgiev goose egg but should probably have a couple more assists after setting up Panarin from point blank range in each of his first two games. Vatrano is certainly the type of player the Rangers needed. A shoot-first guy who does most of his damage at 5x5 & slides into 4th-best on his new squad at 5x5 points per-60. He's played all over the Panthers lineup during his time there and, regardless of where he's slotted, you know what you're gonna get over the course of a full season. 20+ goals, 40ish points, 200 shots and a spark on your PP2. The 28 year-old will be a UFA this summer after earning $2.533M per and could be a candidate to re-ink in NY.

With a little more than two hours left until the 3pm EST deadline, Justin Braun was plucked from Philly for a 2023 3rd round pick to provide some defensive depth. The 35 year-old impending UFA was usually paired with Provorov raking up 20 minutes a night and, despite an awful season for the Flyers as a whole, managed to have a solid individual campaign. He's never gonna light up the scoreboard but, especially in a third-pair role, he'll excel defensively and pitch in on the PK. Will he push Braden Schneider out of the lineup? It's possible and it does make some sense. If he can gobble up Fox's PK minutes on the right side and keep the reigning Norris winner fresh down the stretch then it's a move worth making regardless of how attached we've all become to Schneider. Plus Braun's got 100 games of playoff experience including a Cup Final in 2016. That's a big addition to a young squad regardless of the on-ice role he ends up with - but make no mistake, he's gonna play somewhere while providing solid insurance for a top-4 injury.

Braun is excellent at preventing opportunities against his goaltenders. He should provide lots of utility in New York. https://t.co/3cPkiZOy1g pic.twitter.com/EDgb4H7Gqp

Then with less than 15 minutes to go, Drury got a guy that was high on a lot of lists for a middle-six boost in summer UFA Andrew Copp without giving up a first rounder (two conditional twos - one that can become a first if the Rangers win two playoff rounds & Copp plays 50% of the games - along with Morgan Barron). The versatile forward can push 50 points from any position & was skating a career-high 20 minutes a night in Winnipeg while being leaned on heavily whether they were up or down a man. Copp (along with Vatrano) should help the PP2 contribute every now & then while unloading some PK time from Mika or Kreider. I'd have to guess he'll bump Chytil to the wing on the third line and solidify the Blueshirts down the middle for the interim. It gets interesting though if/when Kakko returns. Will Vatrano cede his top-six spot to Kakko or stay put? Either way, someone's gotta get bumped from the third line to make room and it won't be Copp. Does Chytil have the press box in his future? I can't imagine Gallant dropping Goodrow to the 4th line for less playoff minutes & Chytil obviously isn't a 4th line type…but we'll cross that bridge when we get there. Regardless of how the lineup shakes out, Copp is a top-notch rental addition at a relatively cheap price tag.

Andrew Copp is a strong fit for the #NYR middle-six. He can play center and wing + bring the puck into the offensive zone with control and generate scoring chances. Given their cap situation next season, a rental clicks. pic.twitter.com/uubcwJugZh

Shortly after Copp was announced, the Rangers bolstered their forward depth with Tyler Motte from Vancouver in exchange for a 2023 4th-rounder. Motte is another guy awaiting his freedom this summer but provides solid bottom-six speed to a team that needed it as well as another solid PKer. Not the biggest guy on the rink but strong on the puck. Just a disruptive pest who plays what old school hockey pundits would call "an honest game".

If/when the Rangers are fully healthy, you can make up a lineup all sorts of ways. Swap Kakko and Vatrano below depending on how much more time Kakko misses and how well Vatrano continues to blend with Strome & Panarin. The big question is where Chytil fits. The only top nine spot up for debate is Chytil vs Goodrow and I can't help but think Gallant is gonna ride Goody there. You can easily argue that you want to keep your best players in the lineup and that makes perfect sense - in that scenario, Chytil stays and Goodrow drops to the 4th line while taking Chytil's shifts in certain situations. Absolutely could be the case as well but I wouldn't call it a lock unless Fil can keep up his compete level to where it's been the last handful of contests.

These may not be the flashiest of acquisitions but I've been saying it for months now. Yes, the Rangers are surpassing everyone's expectations but they still have young pieces in their lineup (when healthy) who have barely scratched the surface of their potential. That's exactly why it made sense to avoid mixing it up in bidding wars for rentals. Their window has just now opened. There's room for improvement without even going outside their system. That's not to say they shouldn't but there was no reason to force the issue at this deadline. Save the heavy artillery and make something long-term happen over the summer to get this squad geared up for their true contention window as opposed to a one-and-done run. This team isn't one big splash away from a Cup and I'm happy the front office didn't pretend they were. For now though the Blueshirts made subtle but quality improvements to their top-heavy team. They're poised to garner valuable experience while going as deep as possible through the gauntlet that is the Eastern Conference & have a puncher's chance against anyone - especially with Shesterkin in the crease. That's all anyone could've rationally asked for going into this season.