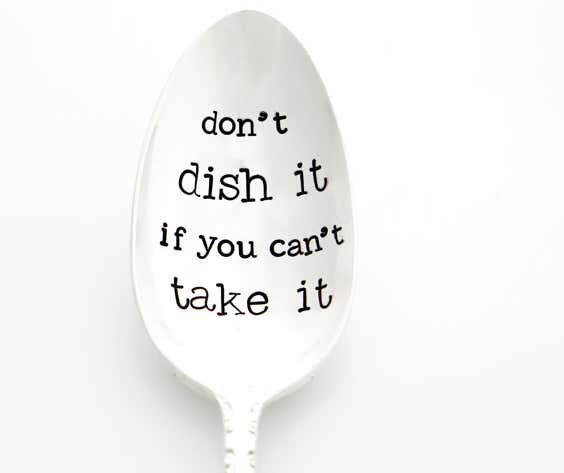 Hey guys, it's me, Ohio's Tate. As the readers of this website know, I've been blogging remotely about Cleveland and Ohio State sports since mid-August of 2018 when I left Barstool Idol midweek because I was unable to fully participate in some of the challenges, seeing as my entire school of 7th grade students, teachers, and principals were watching me.

After me not being able to do the 9 beer challenge, daily video, or the stand-up comedy skit, Dave and I struck a deal that I would bow out of the competition early and head home to do what I do best, blog. Drove through the night from New York City to Columbus, and I was at school by 1st period the next day. KMarko hooked me up with a password that afternoon, and I've simply kept my head down and grinded ever since.

I'm not going to act like the world would stop without me. It would not. Like the high majority of this company, the show would go on should Dave and Erika decide tomorrow that my services were no longer needed. But for someone who worked his butt off for 12 months unpaid to now making less than my rent per month (and never once asking for a penny more), I don't think you could say I've done anything but hold up my end of the bargain.

Exhibit A: Here's 3 weeks of Blogger Rankings from the last time I received the company emails (for some reason I've been left off the chain since the Francis incident?).

Oh and I was unpaid at this time…. 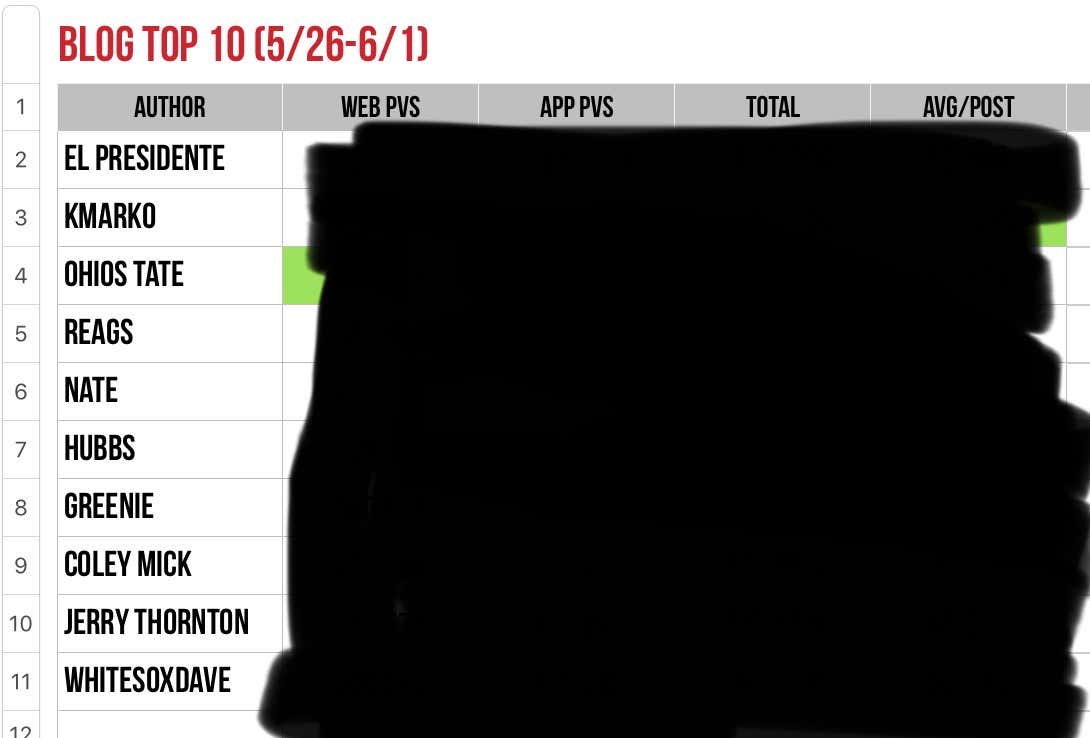 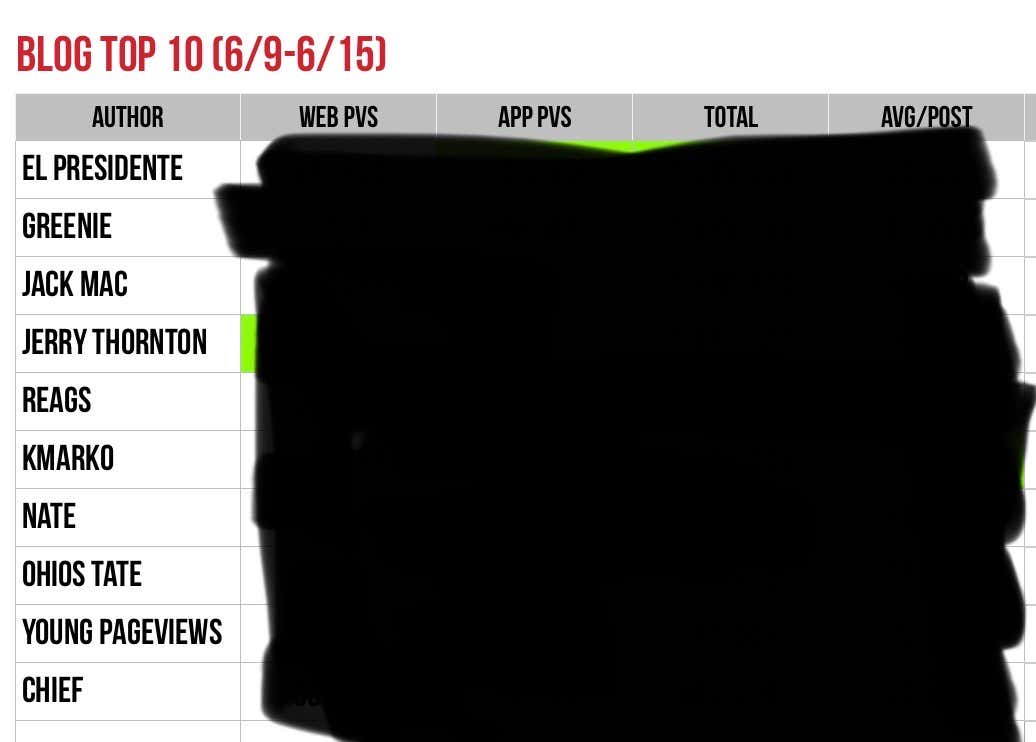 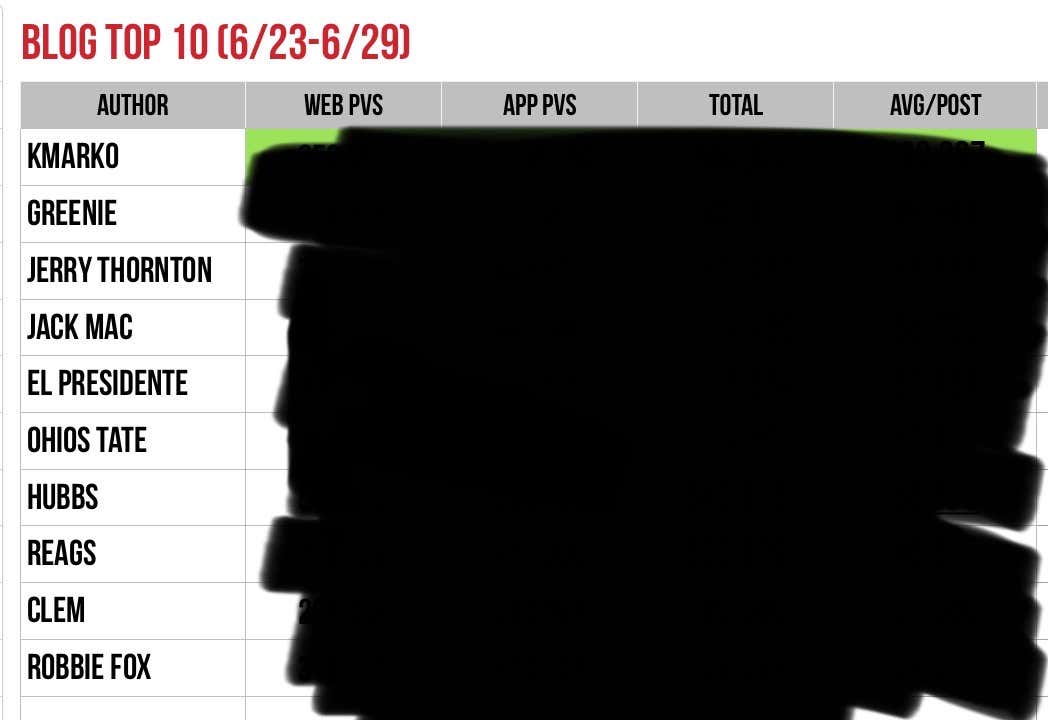 Point being, say what you want about my fame or status in this company, one thing you cannot say is that I am costing Barstool money. Unlike some people we will reference later in this blog…

So I literally don't interact with anyone else at Barstool except the editing crew of Hubbs, Coley, and Nate when a Cleveland sports story breaks. Well, until this week….

Huh? Got this notification on Wednesday and thought it was pretty weird. Watched Pick Em and The Dave Portnoy Show to see if something happened I didn't know about, but still was in the dark. Never met the guy in my life. So I DM'd him (he doesn't even follow me) and asked him if he was big on the Buckeyes in March Madness or what? His response, "Nah, just trying to get all the heavy hitters aligned".

No big deal. Went back to work the next day.

Flash forward to Saturday night when I get home from chaperoning the Spring Fling Dance, and I see that Rico mentioned me during a live stream?

Well now it was obvious. Rico has decided that I, a part-time employee that makes less per year than he does per month, is too high up on "the hierarchy." Insinuating that I sit around on my butt getting compensated to do nothing while he labors his overworked, underpaid tail off for the company.

Thought about responding, but didn't see the benefit of it. I certainly had my thoughts though. Like how he talks so much about his mental health, yet he's unprovokingly attacking a high school student and a middle school teacher that he's never met.  Additionally, for someone who gets so upset that someone used his government name, I also find it unfortunate and hypocritical that he constantly brings me up when I'm clearly trying to just blog and stay out of the limelight. Rico is the ultimate can dish it but can't take it guy.

But I let it go. Decided I would just continue to blog, like Dave hired me to do.

Until yesterday, when just a couple minutes into the stream I see that Rico…..who I have never said one thing in my life about and in fact DM'd him the previous night (which he read and did not respond to) that I was disappointed to see an unprovoked shot on the stream when I don't know him……had mentioned me as a worthless employee once again.

No-show paychecks? Rico throws cheap shots like he throws High Noons. Unprovoked and completely off the mark. And I had to let him know that…

Now I know that Rico had a court-ordered month off and all, but those numbers are staggering. Which one of us asked for and received a raise again?

Again I'm not saying I deserve a Pulitzer or even a pat on the back, but I would like to open up the finance books over the last 3.5 years (wait make that 2.5 because I worked unpaid for the first 12 months) and see what I've made compared to what Rico has expensed. Why is he calling me out….? Especially when I DM'd him the previous night asking why he was calling me out? I told him to leave me out of it and he knowingly came at me again and again.

So now I guess it's my turn to take my shots? I tweeted that I was a Ryder on Wednesday to play along, but now I've been provoked enough to finally respond. Btw -- I think it's really funny he calls his followers the Ryders, when he's the biggest Ryder of them all. 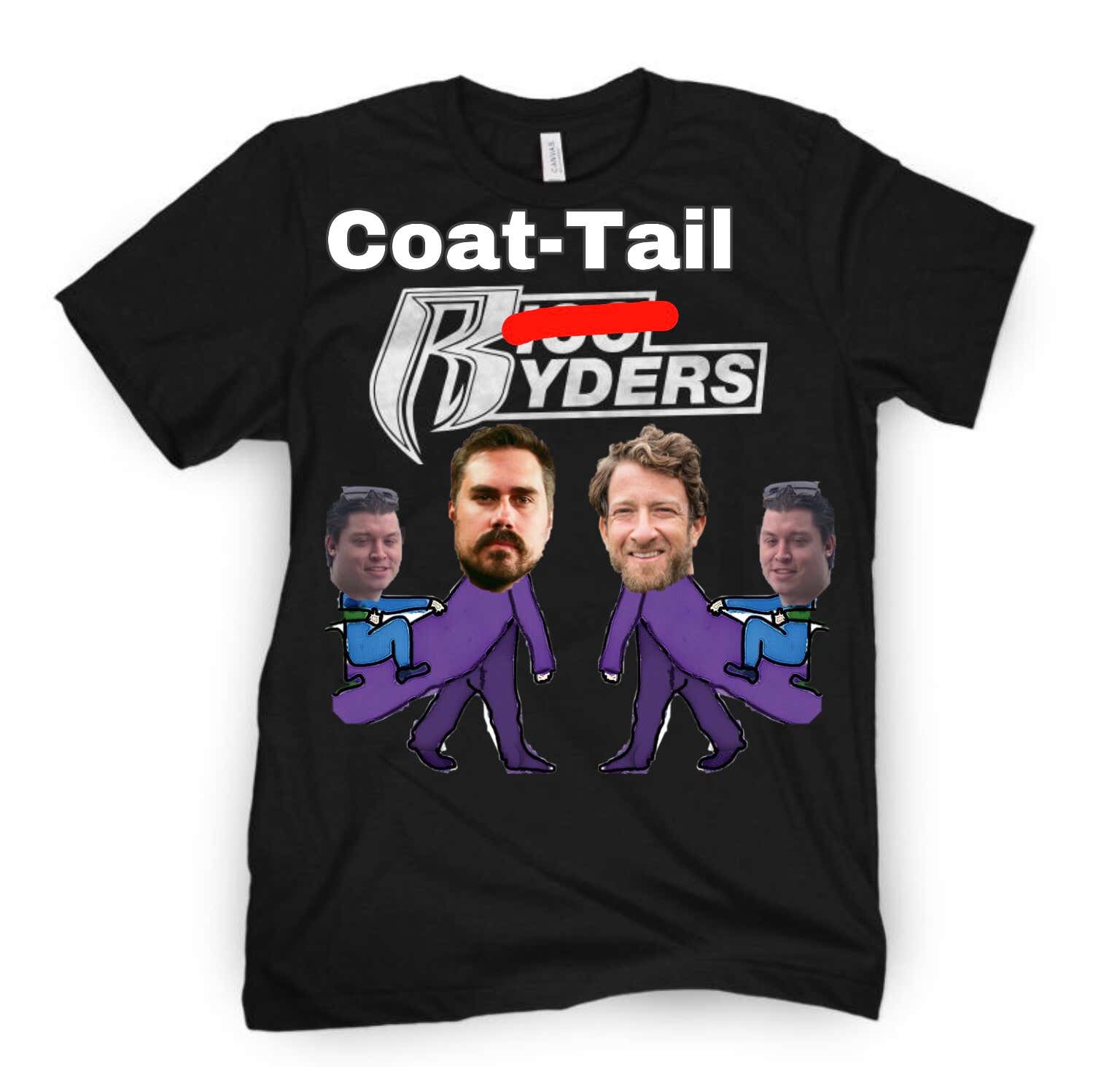 Had to make that design on my own because I don't have any of the t-shirt guys' contact info. But I made it myself, because you know, I do my own work. I don't sit on a podcast with the two most talented, needle-moving members of not only this company, but sports media as a whole, and act like they couldn't do it without me. Guess what Rico? Any of the people you listed as beneath you over the last two days could join Pick Em tomorrow and it would still be the best show we put out there. Because Dave and Big Cat are on it, not because of you. We've all seen what happens when you are the focal point of a show. Your college basketball podcast is tied with mine in listeners, which would be great for you, except I don't have a podcast…

Some people are born on 3rd base and think they hit a triple. But the fact of the matter is, there is nothing that Rico Bosco can do that I cannot do. Except apparently attempt to murder a co-worker and keep his job…

Oh, and that fake gambler "Marty Mush" can go kick rocks as well. I remember when he was pretending to bet during Idol Week and I asked what he had the game handicapped at. Kid acts like he's Brandon Lang (Google it, Marty) and I had to explain the term handicapping to him? But yes Marty, I noticed that you were the person who brought me up in the first video, not Rico. And then you were the person who talked the most about me in the next day clip as well. What's your deal?

Sorry they didn't teach the term "part-time remote blogger" in the remedial reading classes you took in school, but that's why you haven't seen my in 4 years you moron. And let's get one thing straight: if I wanted to win Barstool Idol four years ago, you would still be taking tickets at a movie theatre, filling up popcorn tubs for a living instead of portraying a Duke fan from the Northeast on a charity case podcast and latching onto any new talent that comes to Barstool because you know you cannot do anything by yourself. I've heard you exclaim "Thank You Dave Portnoy" from time to time because you know your fake gambler schtick would not get you a job at literally any other company on Earth. He has taken you from a life of minimum wage to fame, but I personally feel you should be more grateful for what I have done for you. Me dropping out of the competition was the greatest career boost you could've ever gotten.

Okay I'm done for the day. Add another blog to my stats. Maybe Rico will respond and finally hit the half century blog mark over the last 42 months.