Folks, we made it. It's March. It's the NCAA Tournament. We have the Barstool Sportsbook live in a handful of states and there's no better time to download it than this month. What I plan on doing on the blog each day is this preview. Everything you need to know. Schedule, storylines, picks, if you want something different let me know and I'll adjust. It's March. It's all about adjustments in order to survive and advance. Let's get into it. 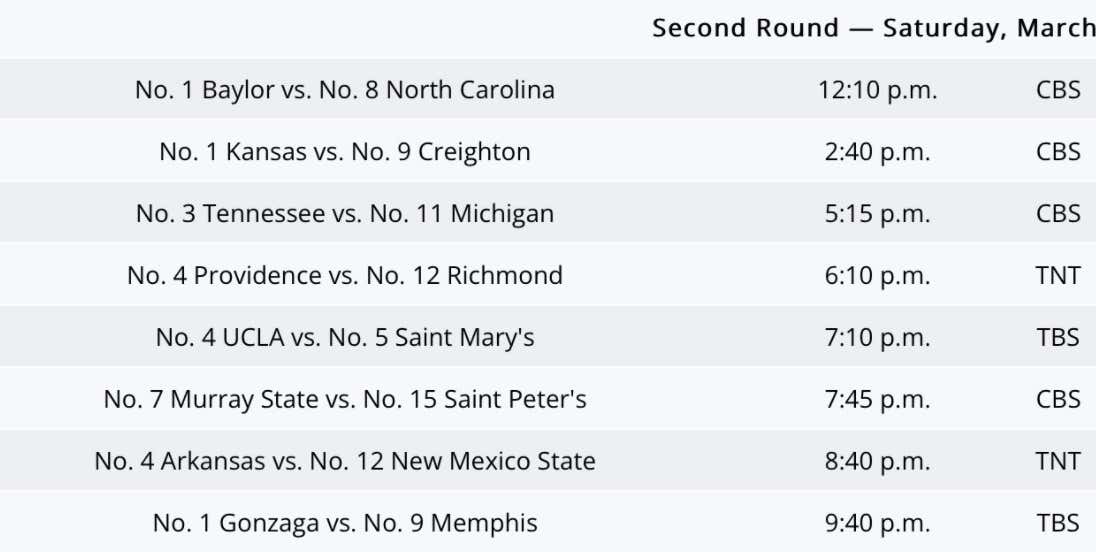 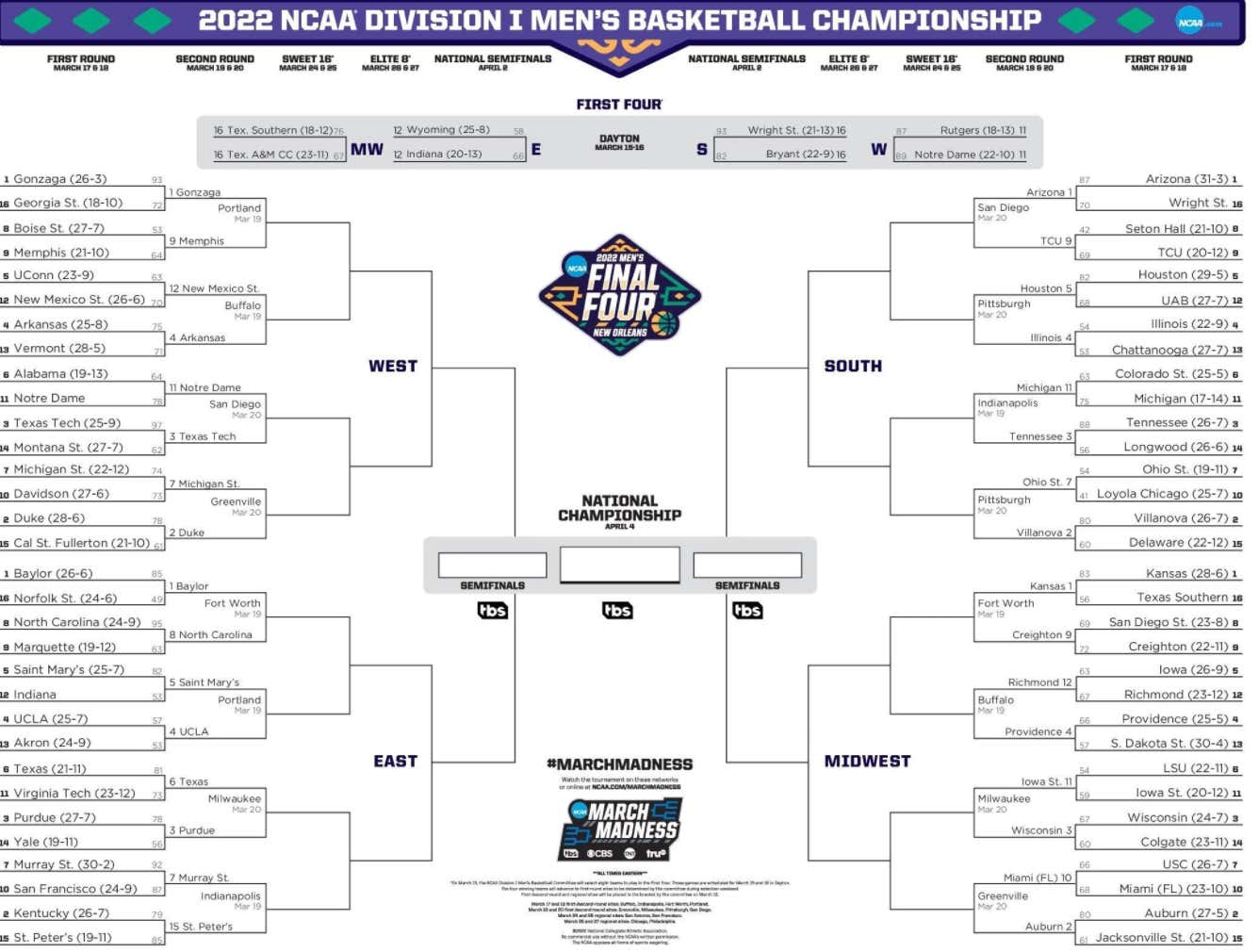 Relatively calm day yesterday, especially early on. The nightcaps seem to be the ones delivering.

1. What UNC team shows up? - This is the story of UNC really the entire year. Some games they look like they can beat anyone - like the first round game when they beat the shit out of Marquette. Some games they look like they belong in the NIT. They get a Baylor team without LJ Cryer and JTT. The key is going to be Brady Manek. When he's going that team looks completely different. If they want to get the upset, Manek is the key for me.

2. Emoni Bates Saga - Emoni Bates left the team to deal with a back problem and that's when Memphis really got going and played themselves back into the NCAA Tournament. He came back in round 1 and was on a minutes restriction. Penny said he didn't want to play him in the second half when the game got close because of that. If he accepts his role, Memphis is dangerous. You have a top-5 recruit as like your 9th man.

3. Michigan in Indy vs Tennessee's offense - Yeah out of nowhere Tennessee apparently became the best shooting team in the country. It's mostly due to their guards and now they get Michigan in Indy. That's gonna be a PRO Michigan crowd. Will it matter? We'll see. Tennessee during the regular season wasn't great away from home. They've been unreal on neutral courts in March.

4. What mid-major is in the Sweet 16 - The bracket broke down low left for mayhem. St. Peter's (are you fucking kidding me still) vs Murray State. I said from the get go I thought Murray was a top-20 team. They almost blew the game against San Francisco before icing it in OT late. Can they take advantage of the mismatch and force St. Peter's to play fast and uptempo.

5. Johnny Juzang - Juzang was the star during last year's Final Four run. This year though? Something is off. He missed three games with injury but since February 12 he's only scored over 15 twice. That's an 8 game stretch. We know Saint Mary's runs some unreal offense. That's Randy Bennett, who might be the best in-game coach in the country. If the Gaels blitz them early, can Juzang answer?