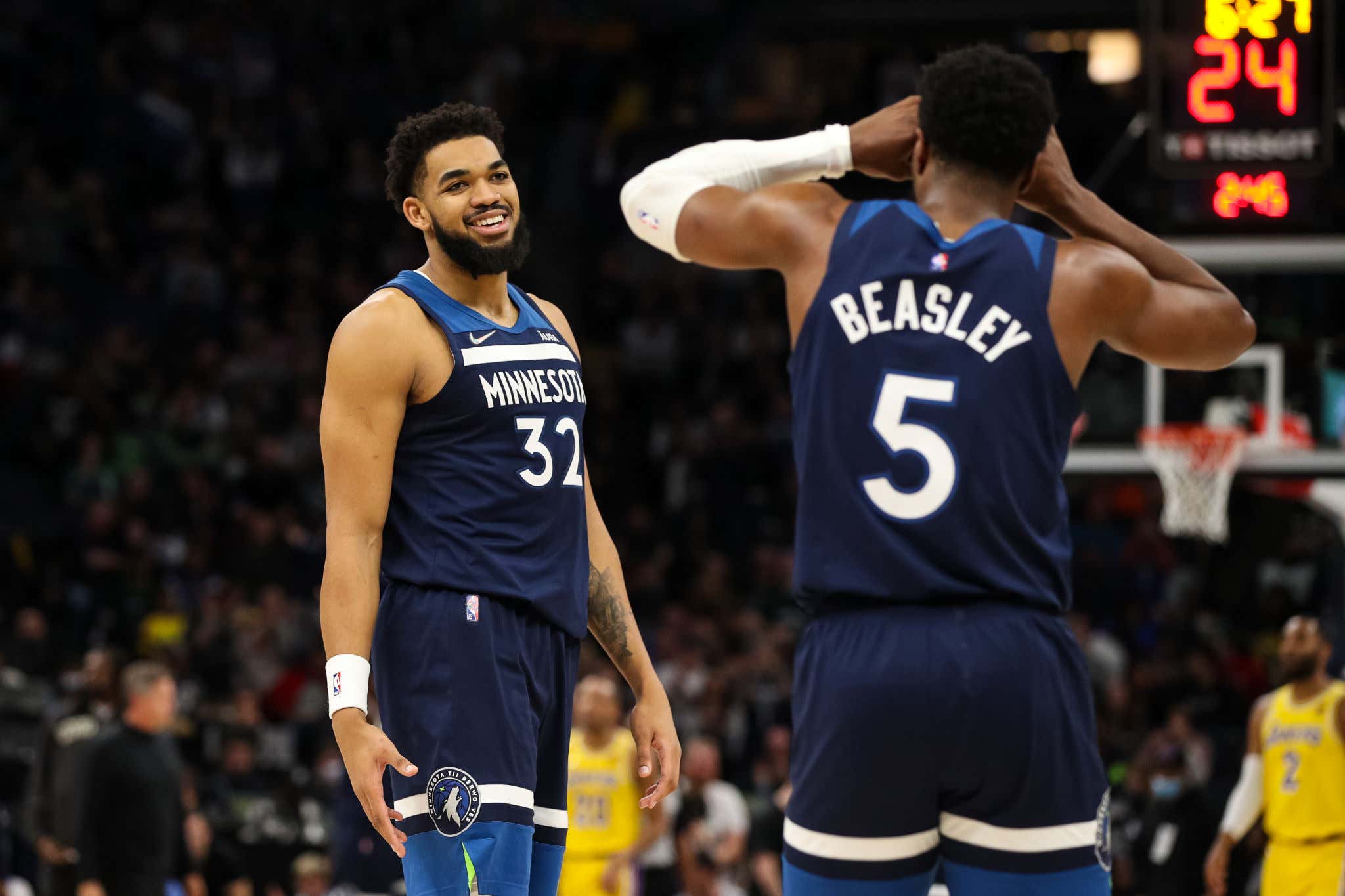 Remember a few days ago when the Wolves blew out the Lakers and clowned them in front of the world to see? Pretty much everyone outside of the Lakers and their fans I'm pretty sure loved it. Russell Westbrook, not so much

But what I wanted to know was KAT's perspective on all this. From his reactions in the game to straight up talking shit to LeBron, it was a version of KAT we basically have never seen. This was Alpha KAT. Well, now we have his side as well

Hard to argue a single point here. This is the Lakers/LeBron playbook. They can talk all the shit in the world, but the second you decide to do the same? It's a problem. How could we forget these interactions from earlier in the season

Meanwhile, when it's LeBron shitting on a team, well then it's all fair and good to talk some shit. Not a whole lot of staying humble in this video below

It's the same thing with Russ. When he overpowers someone, he does the Baby Rock or the Too Small celebration pretty much every single time. But like LeBron, the minute a player gives it back all of the sudden there's an issue. Now it's classless or disrespectful.

That's why KAT is speaking nothing but the truth in those clips. Everyone took their shots at KAT these last few years, especially during the Jimmy Butler saga. Everyone calling him soft, a bitch, things of that nature. Nobody really complained. People instead decided that was just going to become his narrative. But now that the shoe is on the other foot, you don't get to change it up. When KAT dominates if he wants to talk shit, he can talk shit. If you don't like it, stop him. Beat the Wolves. It's honestly as simple as that.

What's that old saying? Don't dish it if you can't take it? That should be the 2021-22 Lakers slogan. They love to dish it, but in no way shape or form can take it. When you're blowing them out, you have to show class. You have to respect LeBron and Russ. But if they have a huge play? Well, they can talk all the shit they want. That's legitimately how they act. Fuck outta here with that.

I dunno what clicked in KAT, maybe it's the winning, maybe it's how he's been playing, maybe it's Anthony Edwards brining this out of him, but I love this version. I am all for guys who talk shit and then go back it up. You never really heard KAT complain about all the shit he got over the years, and now that he's entering his prime while playing on a team on the rise, he can talk all the shit he wants as far as I'm concerned.