June 24, 2006. The Philadelphia Flyers had the 22nd pick in the draft and when Bobby Clarke went up to the podium to make the selection, he had no idea who he was taking. Literally. He just forgot who the Flyers were drafting for a moment until someone off to the side reminded him of the stud who just put up 39 goals and 103 points with the Gatineau Olympiques in the QMJHL. A kid by the name of Claude Giroux. 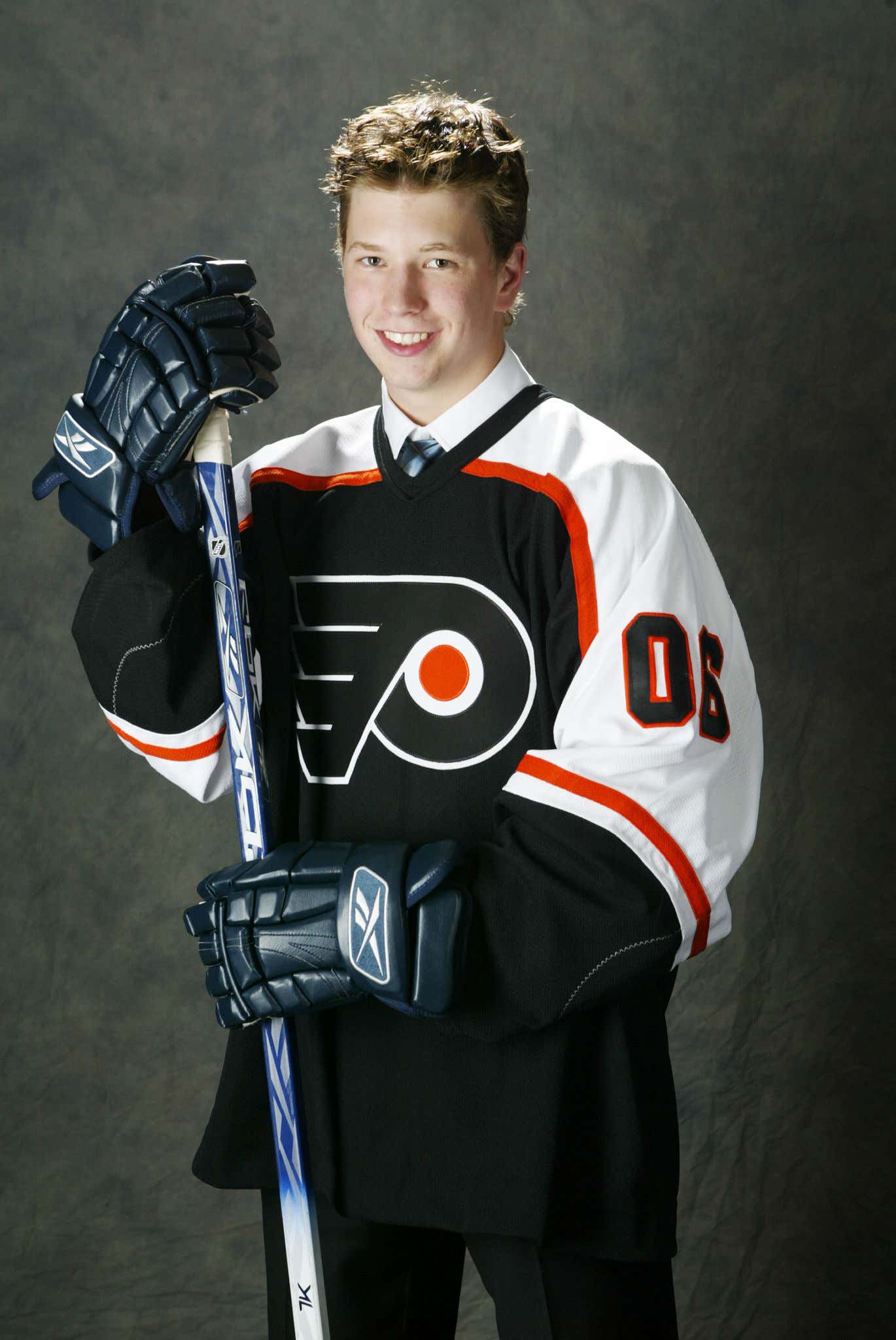 That was 5,745 days ago. Over the course of those 5,745 days Claude Giroux would go on to help lead the Flyers to a Stanley Cup Final appearance in 2010, become the longest tenured captain in Flyers history, be 2nd all-time in Flyers career assists (609), points (900) and games played (999). And he is 1st all-time in Flyers career powerplay points. A 7x All Star, a Hart Trophy Finalist in 2014, and tonight he'll play in his 1000th career game.

Holy shit where does the time go?

It's tough because the past couple of seasons have been so ungodly brutal for the Flyers. They've been an absolute disaster of an organization dating back to last March. Claude Giroux never got the amount of appreciation he deserved in Philly, but seeing the way his career in Philly may come to an end while most of the city has begun to just pretend the team doesn't even exist is the worst. A disaster that Comcast should never be forgiven for. He's one of the all-time great athletes this city has had the pleasure of watching now for 15 years, and I'm sure the organization will somehow make this night more about Gritty. But that's besides the point.

Because if tonight really is the last time we get a chance to watch Claude Giroux in a Flyers uniform, then let's remember some of the great times he's brought out way. Like the moment when we knew we had a superstar on our hands when he scored the overtime game winner in Game 3 of the 2010 Stanley Cup Final to keep the Flyers from going down 3-0 in the series.

That was his first signature playoff moment, but I think we all know which one he'll forever be remembered for in Philly. The Shift 2.0.

Puts Crosby on his ass off the opening faceoff and then murders the back of the net 20 seconds later in game 6 in the 2012 Playoffs. Yes, I'm well aware of all the success the Penguins have had since that series and it's not like the Flyers did anything after that. Doesn't matter. That moment kicked so much ass and we'll never forget it.

As great as both of those goals were, they didn't properly showcase the insane amount of skill that Claude Giroux possesses in those silky paws of his. So perhaps these will do the trick.

Just constantly one of the most underrated talents in the NHL and in the city of Philadelphia. I know he doesn't have a ton of playoff success since his early years in Philly, but my god this man is filthy and we can only hope that some team comes along in the next couple of days here and gives him a chance to play deep into May and June again. I said this before and I know the freaks from Boston were disgusted with the comparison, but Claude Giroux deserves the full Ray Bourque treatment. Get this man on a contending roster right away, let him be the greatest 2nd line center their team could ever ask for, score a few big time goals in big time moments, and get his name engraved on the Stanley Cup for the rest of time. The Captain has earned every bit of it.