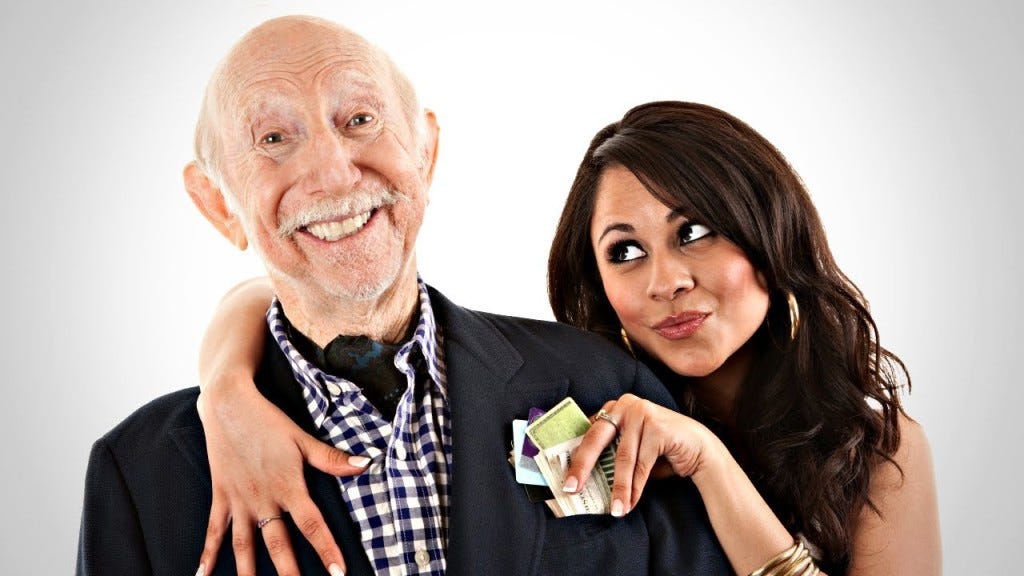 source – A teenager who with her twin sister robbed an octogenarian they met on an Internet dating site was sentenced on Thursday to five years in prison. The woman, Shaina Foster, 18, had pleaded guilty to one count of robbery in exchange for the five-year sentence in a deal with the Manhattan district attorney’s office. She and her sister, Shalaine Foster, admitted that they tied up Paul Aronson, 84, in his house and took his cash and credit cards after he had taken them both on a dinner date. Citing the seriousness of the crime, Justice Michael Obus of State Supreme Court in Manhattan said he would not grant Ms. Foster youthful offender status, which would have made her eligible for a lesser sentence. Mr. Aronson lay helpless on his living room floor, bound with zip ties, unable to eat or drink, from 8:15 p.m. on Oct. 1 until the next morning, when a neighbor discovered him. “This is a case in which far worse results could have happened if the victim had not been rescued,” Justice Obus said.

Shaina Foster said nothing before she was sentenced. Outside court, her lawyer, Theodore Herlich, said, “I hope she makes better choices in the future and leads a law-abiding life.” In April, Shalaine Foster also pleaded guilty to robbery in exchange for a prison term of one and a third years to four years. In that case, Justice Obus and prosecutors agreed to grant her youthful offender status, because she had not planned the kidnapping, but had followed her sister’s lead. The twins came from a troubled family and had lived for some time in separate foster homes, their lawyers said. They were 17 when they were arrested last October.

Mr. Aronson contacted Shaina Foster on SeekingArrangement.com, which advertises itself as a service connecting well-to-do men with young women, an online forum “where beautiful, successful people fuel mutually beneficial relationships.” On their second date, Ms. Foster brought her sister along. The three dined at an expensive restaurant in Midtown, and Mr. Aronson invited the teenagers to have a drink with him at his townhouse on East 38th Street.

I’ve got 0 sympathy for this dude or his old wrinkly balls and you shouldn’t either. I know that there’s a crowd of people out there that will tell you that you should never blame the victim. They’ll tell you that everybody who gets taken advantage of deserves nothing but compassion and understanding. Well I think that’s bullshit. Because when you know the dangers and ignore them or fail to recognize them, that makes you complicit in fostering an environment that encourages crime. Let me go Herm Edwards for a second here and lay out some pretty common sense shit that people seem to either be unaware of or indifferent to:

The fappening was preposterous. Want to take a picture and only have 1 guaranteed copy? Head to a thrift shop and find a Polaroid camera. Because if you upload a jillion pictures to the cloud of Justin Verlander painting a Jackson Pollock on your back, you shouldn’t puff your cheeks and stomp your feet when everyone finds them because it 1) is not surprising that things you put on the internet are there forever and somewhat easily accessible and 2) makes you look like the Ms. Plus Size Stay Puft Marshmallow Woman.

You can’t get mad when somebody “hacks” your email or twitter when you’ve been rocking laxgoalie89 as your password for every account you own for the last 15 years. Just because some websites make you capitalize the L and say “STRONG” next to your password doesn’t make it true. Three or four random words strung together are infinitely better than the same common ass thing you’ve been using since you had a hotmail account. But don’t worry. That’s just the combination to your credit cards, bank account, and email. Probably something you should gloss over so you can look astounded when a middle schooler steals your identity.

Finally, if you’re 84 years old and people don’t address you as “Mr. Hefner”, you better damn well assume that the two teenage girls who you’re trying to have sex with want to rob you in some form or fashion. This shit is common sense. Grow up Count Chocula. But don’t grow up too much because you might straight up die before you can get that traveler’s check to that Nigerian prince who keeps peppering your AOL inbox.