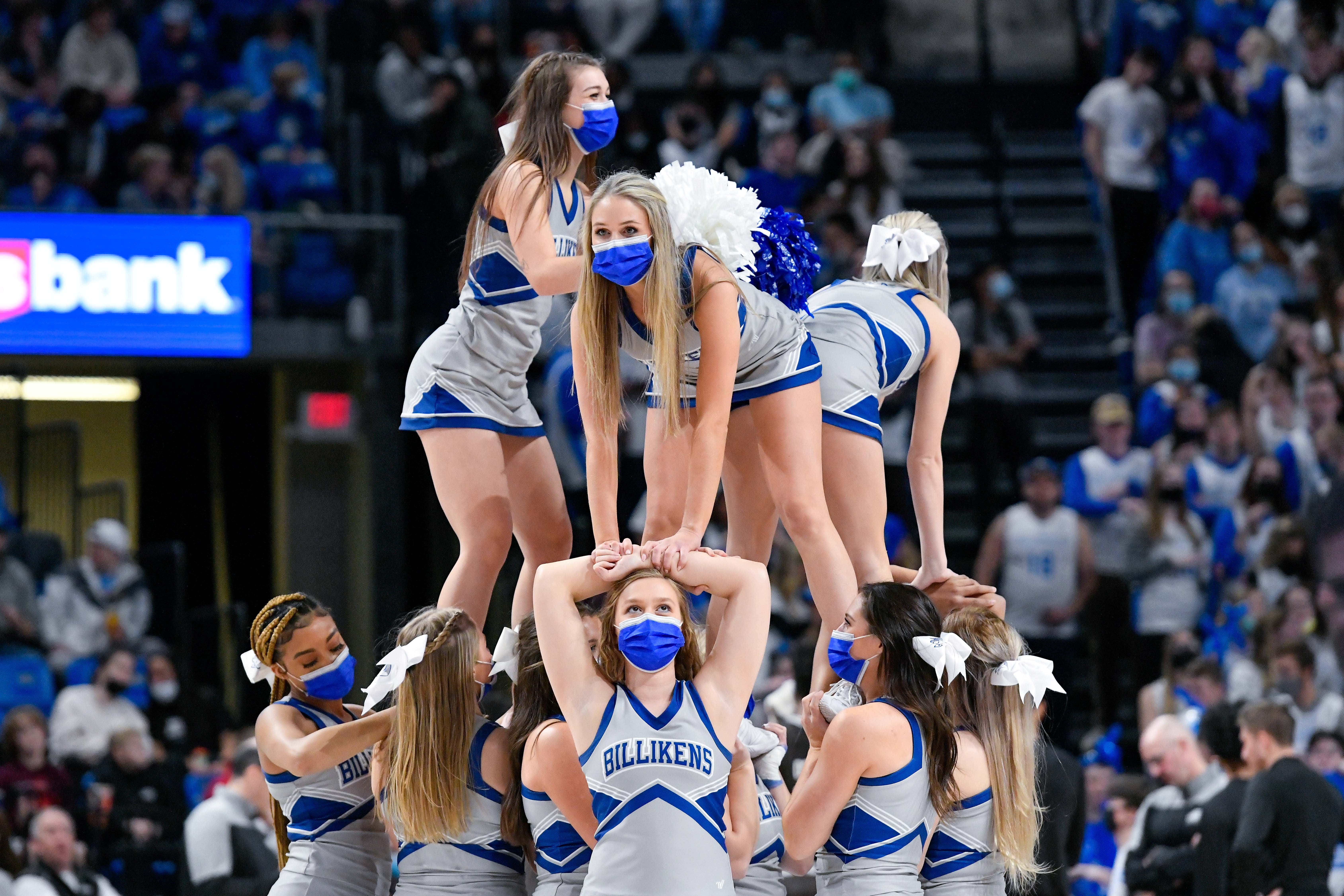 The NCAA tournament hasn't officially even tipped off. And yet it looks like we've got 2022's biggest college basketball controversy already raging:

Koning claimed in a tweet that Nesbitt "looked me dead in the eyes" and "told me to 'shut the f* up b**.'"

… Koning can be seen furiously walking away from the court while a woman, who appears to be Koning's coach, looked angry on the hardwood as well.

In the caption on the footage, the outlet claimed the cheerleader had thrown her middle fingers up to the Billikens bench just before the camera started rolling.

[Mid Major Madness] added, "Nesbitt had been chirping the Bonaventure cheerleaders all games, calling them disgusting names … He came up at the end and said some more." …

Nesbitt scored zero points in the contest, but logged five rebounds and one steal.

Look, far be it for any of us to take sides in this. The alleged incident wasn't captured on video. Yet. Neither St. Louis basketball nor Jordan Nesbitt have given their side of the story. And frankly I see no need to come riding in, White Knighting Hannah Koenig, who can probably hold her own. You don't sign up for the bloodsport that is Atlantic 10 Conference Cheerleading without being able to fight your own battles. That world is like the gladiator arena from "Thor: Ragnarok." Only the strong and stout of heart survive.

But if any of this is true the way it's being reported, it's bad for America. Cheering is one of our sacred institutions. A thing that was invented here, perfected here, and is ingrained in our culture. And we can't have this noble tradition smeared by A) Cheerleaders (allegedly) flipping the State Bird of Massachusetts at opponents or B) Players (reportedly) cussing out their fellow student athletes with their F-bombs and B-words. We simply cannot abide it.

However this began, it's a stain upon this proud part of our culture. It's our birthright. None of us has any right to do it harm. We don't own cheerleading, we are merely its temporary caretakers, preserving it for future generations. Cheering is part of who we are. Of all that once was good about us. And can be again. Middle fingers don't promote cheer, they prevent it. How can a cheerleader lead cheers if she's being told to shut up? It seems to me that making noise is essential to spreading pep. (Though I won't argue that you can cheer American Sign Language; I've just never witnessed it.) So telling someone to STFU seems to me to be the very antithesis of promoting school spirit and putting smiles on the faces of all those paying customers. Never mind what message it sends to all those youngsters aspiring to lead cheers themselves someday.

So again, if there's any accuracy to what we're hearing, this is a regrettable incident. And above all else, if you're going to get into a verbal beef with an opposing cheerleader, you at least have to back it up on the court. Scoring zero points after making Hannah Koenig storm off the court in tears is shameful. Anything less than dropping 25 on the Bonnies is a disgrace. Clean it up, Billikens.