Just set low expectations for yourself and you'll never be disappointed.

If you're the poor sacks of shit who end up drawing the Avs in the first round of the playoffs this year, feel free to book that vacation for a week later because Uncle Darry already has you penciled in for a sweep. That might be the reason why the Vegas Golden Knights are currently getting their dicks kicked in lately. Why bother trying anymore if you're just going to get steamrolled by the 'Lanche in the first round? Might as well foist that honor off to a team like Dallas or Vancouver. 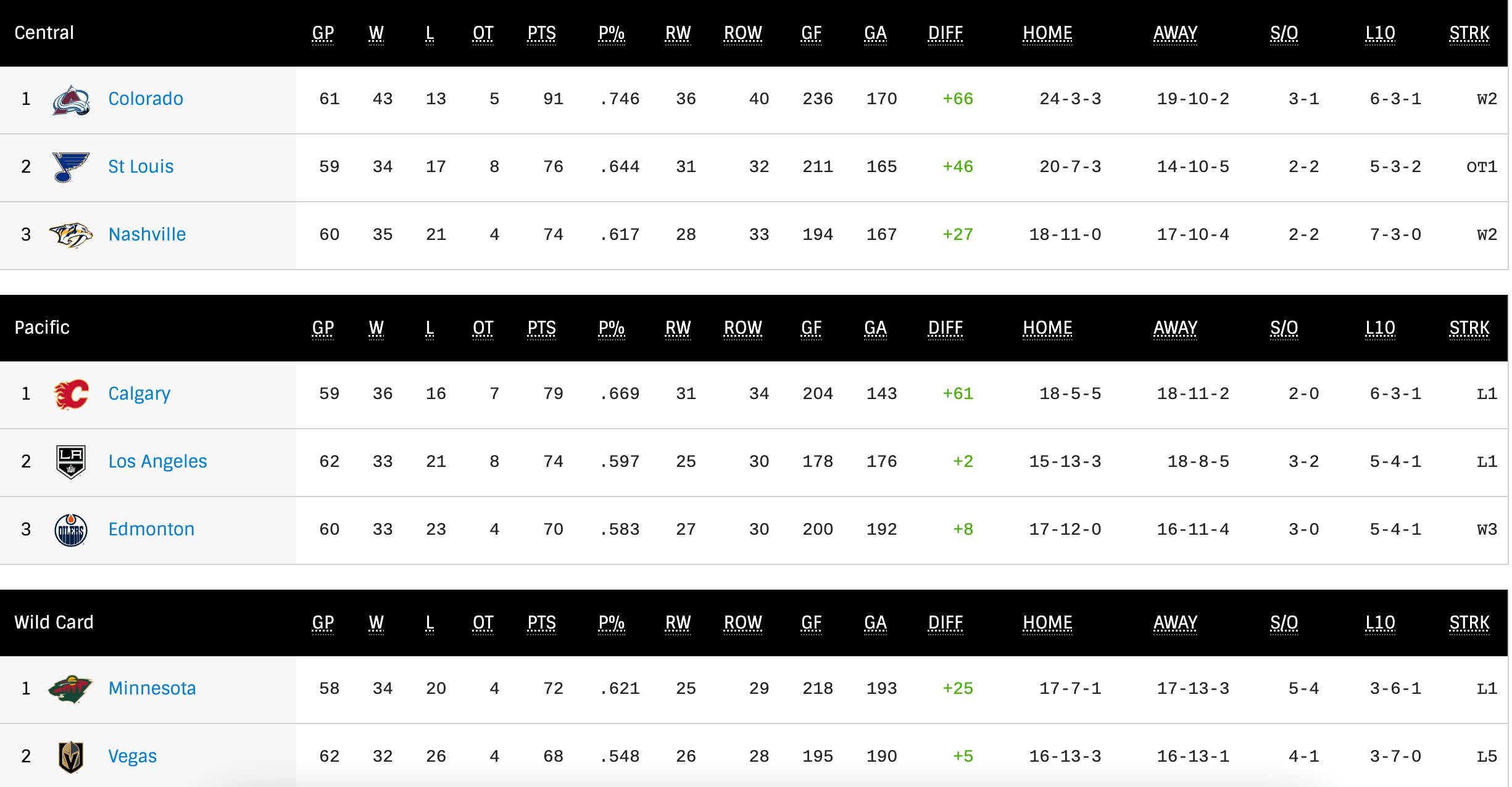 And yes. It's the Stanley Cup Playoffs. The best playoffs in all of sports. One of the only playoffs in which there's a very real possibility almost every year that an 8-seed can take down a top seed. Darryl Sutter is more aware of that than anybody consider the Kings were the 8-seed in the West when they won their first Cup in 2012. They went on to beat Vancouver in 5 games, then swept the Blues, then took down the 'Yotes in 5 games in the WCF, and won the Cup against the Devils in 6. The only issue for whoever the last team to get into the playoffs out of the West this year?

Well the 2012 Presidents' Trophy winning Vancouver Canucks ain't walking through that door. Instead, it's these maniacs.

Granted, this could also just be expert gamesmanship from Darryl Sutter. Everybody knows you never want to give your opponent any bulletin board material. But what if you go so far in the opposite direction that it totally throws them off their game? Just admit in the middle of March that nobody is going to beat the Avs, get them feeling great about themselves way too early, get complacent and end up being one of the biggest disappointments the league has ever seen? Seems like some top tier tactical thinking from Darryl Sutter here. The only thing is I don't see him being the type of guy to pull any funny business like that. Darryl Sutter is a good ol' hard working farm boy from Alberta. He just tells it like it is and says whatever he knows to be true. Which is the fact that a wild card team facing Colorado in the first round means they have a grand total of 4 games left on their schedule. What a quote.