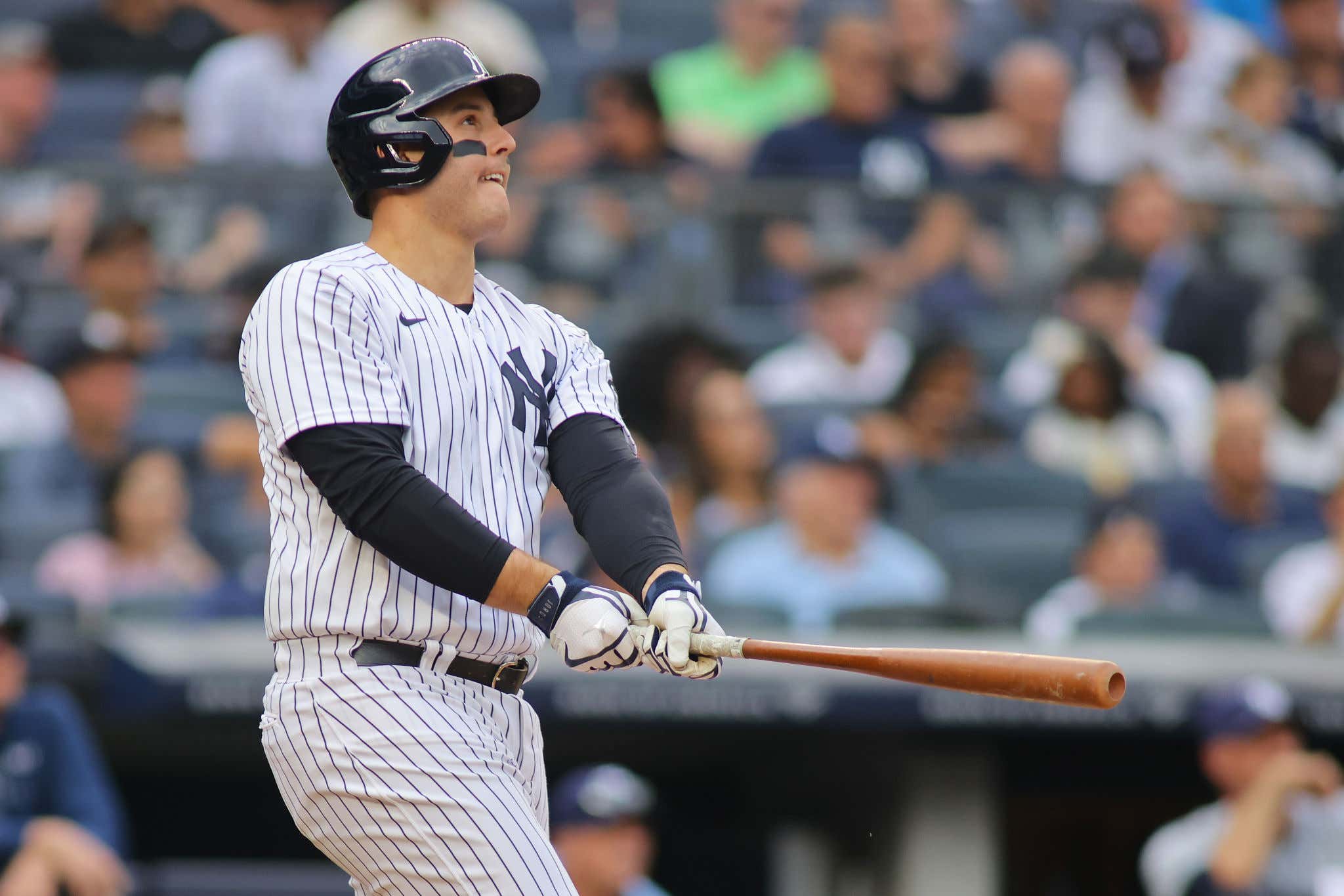 Yes, I broke the Anthony Rizzo news sorry to disappoint every reporter out there who could not fathom such an occurrence. Listen if guys like Passan and Heyman are asleep at the wheel someone has to step up. Shout out Ken Rosenthal for having integrity.

Enough about me, let's get to the story. The Yankees went cheap at first base after Matt Olson was gobbled up by the Braves and while Freddie Freeman remains out there in the open market. Weird sight to see with the Yankees bowing out of the competition early as the big fish stays without a home, but that's Hal Steinbrenner's Yankees for you. If he goes to Boston my brain will shutdown forever.

Now this is absolutely not to say I am upset at all with Anthony Rizzo as my first baseman going into next year. With Rizzo you get a high contact, home run hitting, gold glove first baseman with an incredible presence in the clubhouse. When the Yankees traded for him at the deadline last year I was over the moon, along with plenty of fans. When you have a Matt Olson or Freddie Freeman out there and you don't get him, there's disappointment allowed to be had. That being said Rizzo is a very nice piece to have in your lineup and scooping balls at first. There are injury concerns with the back and his offensive production hasn't exactly been there since 2019 so it's not all sunshine and rainbows, but at 32 years old for 2 years $32 million it's good value no question.

So where do the Yankees go from here. Your guess is as good as mine, but you would have to think there will be some shuffling around. If Donaldson is at 3rd, IKF at SS, Rizzo at first, then what are we doing with DJ and Gleyber at 2nd? Stanton is very much still here and will occupy DH, but you will see him play the field more than usual with how successful that went in the 2nd half. Nuts it took them that long to try considering he won the MVP doing that the year before coming over here.

Your outfield alignment is currently Gallo, Hicks, and Judge. Luke Voit is also still on the team, although I'd be shocked if he was by Opening Day. Realistically you have 10 starters for 9 positions. Obviously injuries are an issue always with this bunch, but is that really the move here? Extreme depth? I'd personally look to move Gleyber in a deal with prospects for Luis Castillo. That would be a move I get rock hard for. The Reds are burning down the house, go get their ace.

Here's the reality unfortunately. The Yankees are at best even with the Red Sox as they head into 2022. They're at the moment banking on resurgent seasons from Gleyber, Gallo, and DJ to put them over the top . They're relying on Luis Severino being healthy for a full season and throwing 150+ innings. I'm not worried about Cole or Monty, but how about the 4 and 5 spots? Jamo showed flashes of brilliance last season, but he's also recovering from ankle surgery. The reports of his rehab are great and he could make it back for Opening Day, but we'll see how far they push him. Then you have Domingo, Schmidt, Nestor, and Gil battling for the final spot. It's a solid rotation, but does it put you over the hump? Is there enough there to make you feel that much better than 2021? I've got Tampa and Toronto ahead of them in the division. If the players who had down years, bounce back then sure that's a different story. Ideally if you're an organization who hasn't been back to the World Series since '09 and has been passed by numerous teams they used to dominate you would go out into the market and make drastic changes.

Is the team better? Yes, but is it enough? Is the lineup that produced the 19th most runs in baseball that much improved? Can't say I love that strategy, Hal.

By the way, there is no excuse whatsoever now to not giving Aaron Judge his extension before Opening Day. Rizzo back on a cheap deal and a stopgap shortstop? 99 best have himself a new deal before April 7th.

P.S. They have to know for certain the covid vaccine rule is getting lifted if they're gonna sign Rizzo like this, right? Right???