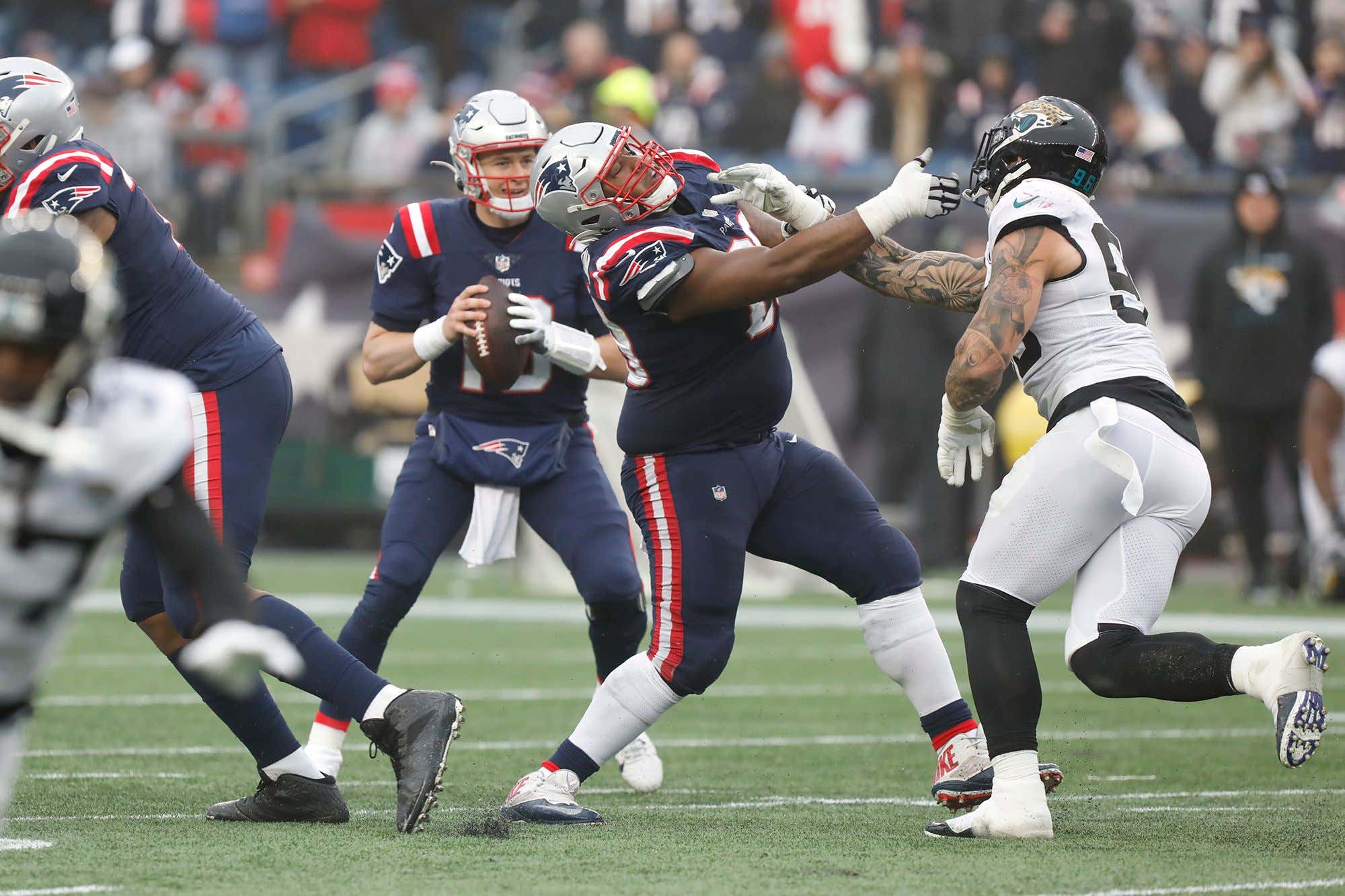 In a Legal Tampering Season where the Pats are very much back into selling mode after last year's shopping spree, I should've known better than to assume anything:

I've seen differing estimates about how much space this actually frees up under the cap. Everybody's go-to guy for such things clarifies the math a little by subtracting what a replacement player will cost, and puts the total space available now at just over $13 million:

What we can confirm is that in return they're getting Tampa's 27th pick in the next-to-last round of the draft, No. 170 overall. For a 28-year-old coming off a season where Pro Football Focus graded him as the No. 3 guard in all of football. A durable, dependable, run/pass blocking threat who can pull with any OG in the league, had the fourth best pass protection efficiency, and who only drew four penalty flags in 1,107 snaps.

Regardless of how high the pick is though, there is the little matter of the fact they've lost both their guards and the depth chart currently has only two names on it. At the moment Michael Onwenu and James Ferentz are metaphorically the only things between the defensive fronts of the world and Mac Jones' extremities. While acknowledging that it's only March 15 and no one will be trying to do harm to anyone until mid-August, that leaves a lot of roster building to do at a position where they've had both talent and depth going back a decade or more.

If there's any position group in the game you can trust the Patriots to find and develop guys, it's offensive line. Even after Dante Scarnecchia retired. But that ability is going to be tested severely in the next few weeks and months. And with Trent Brown's status still TBD and no one all that attached to Isaiah Wynn, we might be looking at something close to a total overhaul on either side of David Andrews. At a time in Jones' development he could use all the stability in the world in front of him.

As nerve-wracking as all this is to contemplate, you have to take a deep breath and a step back and admire the sheer audacity it takes for Belichick to operate like this. You have to have balls of adamantium to be willing to treat your O-line like a tear-down home on a very expensive piece of real estate while you're franchise quarterback is going into his second year. No other GM or coach in the league would even consider such a major project at a time like this. It looks like madness. Unless and until you remind yourself GM Bill's madness has always, always had a method to it. In ways that are not always clear to us simple humans until much later on. Despite all the screaming and high-pitched whining that comes from the talk show know-it-alls as the process is playing out. He trusts himself and Coach Bill to let the masterplan play out and ignore the fact it looks like walking a tight rope right now.

And speaking of audacity, consider that he was willing to give his best interior lineman to Tom Brady, who had lost both his guards: Ali Marpet to retirement and Alex Cappa to Cincy in free agency. But Belichick has no qualms about solving half of that problem for his supposedly bitter rival. For the low, low price of No. 170. Incredible.

Thanks to Shaquille Olajuwon Mason for six solid years of this:

Clearly this is going to be one of those offseasons that try men's souls. Now more than ever, I need to be in #InBillWeTrust mode.