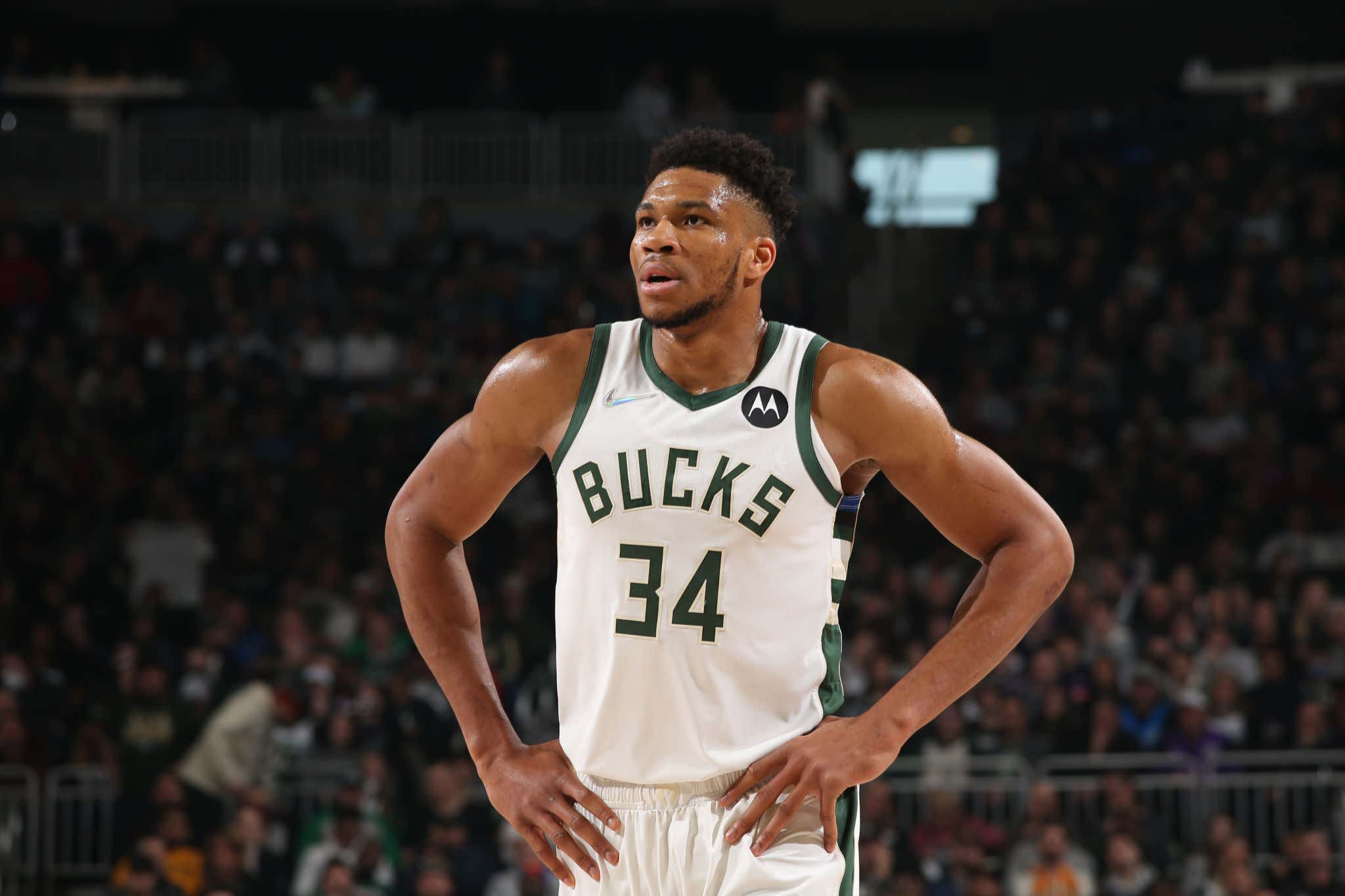 At this point of the season, I think the general consensus when it comes to the 2021-22 NBA MVP is that it's a 3 man race between Jokic/Embiid/Giannis. Depending on who your favorite team is, you probably have those three ranked a certain way. But if we were to truly be honest about the conversation around this year's MVP, it does feel like things have started to shift from a 3 man race to a 2 man race between Jokic/Embiid. That's why last night was hyped up so much with Embiid/Jokic facing off against each other.

What you probably didn't hear as much about was what Giannis did in Utah. The Bucks ended a 19 year losing streak playing in the state of Utah, and Giannis' 30/15/4 on 12-24 shooting in his 34 minutes was a big reason why

The idea of voter fatigue when it comes to the MVP is not new. Not even close. Just ask Michael Jordan or LeBron. I think it's fair to say that one of the main things keeping Giannis from being the consensus front runner is voter fatigue. He's already won it twice, and people like new faces and new narratives. Personally, as of right this second I think what Jokic has been able to do in terms of putting up a historic NBA season and carrying the Nuggets to a 41-28 record without his #2 and #3 gives him the slight edge. At the same time, the beauty of this race is what a compelling case you could make for each of the top 3 guys.

The more I think about it though, it really all comes down to what you factor in for MVP. I saw this tweet yesterday and I think it sums up things perfectly

If your argument for a certain candidate is the seeding, well the Bucks have the highest seed of the top 3 guys. They also have the most wins. If your argument is the dominance of a certain player, well Giannis is putting up 29.7/11.5/5.9/1.1/1.4 on 54.8/30% splits. That's in the ballpark of the seasons in which Giannis actually won the award. Compare that to the two other top 3 candidates

and Jokic is also having a very similar season to his MVP year, which is what makes this whole thing such a tough debate.

When it comes to value, that can be subjective. If you want to look at records in which those guys didn't play, that's not always an exact science. It depends on who they played, who was active in that game for the opponent, etc. You can look at the on/off splits that help paint a picture of what things look like when that guy steps off the floor, and here's how that looks for all three

Now I know what you might be thinking. Embiid's on/off numbers probably look different now that Harden is in the mix. That's true. Things actually get worse when Embiid steps off the floor in the 13 games he's played in post trade deadline, so the Harden teammate thing doesn't really matter in this conversation. You look at those numbers and it's astonishing how bad the Nuggets are the second Jokic steps off the floor.

Maybe you keep things basic and think the MVP should be the best player on the best team of all the candidates. There's no shame in that either.

I'm just not sure when you add everything up in terms of on court production, wins, seeding, impact, dominance, etc that Giannis doesn't have the most complete case. Let's not forget Giannis is by FAR the best defender of the three, and to me the other end of the floor matters when you talk MVP. I think it's fair to wonder that had Giannis not already won two MVPs, would he be the leader in the clubhouse right now? Whether it's fair or not, voter fatigue is real. It's something that Jokic is currently battling as the reigning MVP and why you see such a public narrative push for Embiid, who would be a first time winner.

Frankly, I think that's bullshit. Why should it matter if a guy wins 2 in a row or goes on a run and wins like 4 in 5 years? I'm not sure the MVP should be about finding new players who are having dominant seasons. If it ends up being the same guy, big deal. All that does is continue to tell the story of how awesome that player was. You're telling me LeBron should only have 4 MVPs and Jordan should only have 5? No chance. Just because you were dominant in previous seasons should not discredit what you then do in future seasons….but for some reason it does.

I have no dog in this fight. I'd be cool with any of these 3 winning it honestly. They've all been extremely dominant since Opening Night and that dominance has been beyond consistent for each guy. I just think it's a little bullshit that winning the award before is going to somehow make what Giannis is doing this year not as impressive as the years he actually won.

We hear a lot about Jokic and a lot about Embiid, so I wanted to put this out there for any Bucks stoolies out there. I see what your franchise player is doing. His case is as good as any and you could argue it's actually the best of the 3. Unfortunately, narratives are a motherfucker. Sadly, I don't think anything he'll be able to do down the stretch here will be enough for him to overcome that voter fatigue, and that's kinda shitty.