LeBron James and the Lakers played against the Toronto Raptors last night. Maybe it was because he was playing a team from Canada, but LeBron decided to go full Hockey Guy last night. He was cussing at his teammates and even tried to attempted murder somebody out there. Doesn't get more hockey than that besides sleeping with one of your teammates' wives.

But clearly the Toronto Raptors are in need of an enforcer. Because the fact that LeBron got away with this without someone immediately hitting the eject button on their gloves and letting the fists fly is unacceptable.

Either Scottie Barnes is the worst teammate ever and nobody cares if he gets his face caved in by LeBron spiking the ball in his grill, or the Raptors are Charmin Ultra Soft. I mean everybody here knew exactly what they were witnessing. 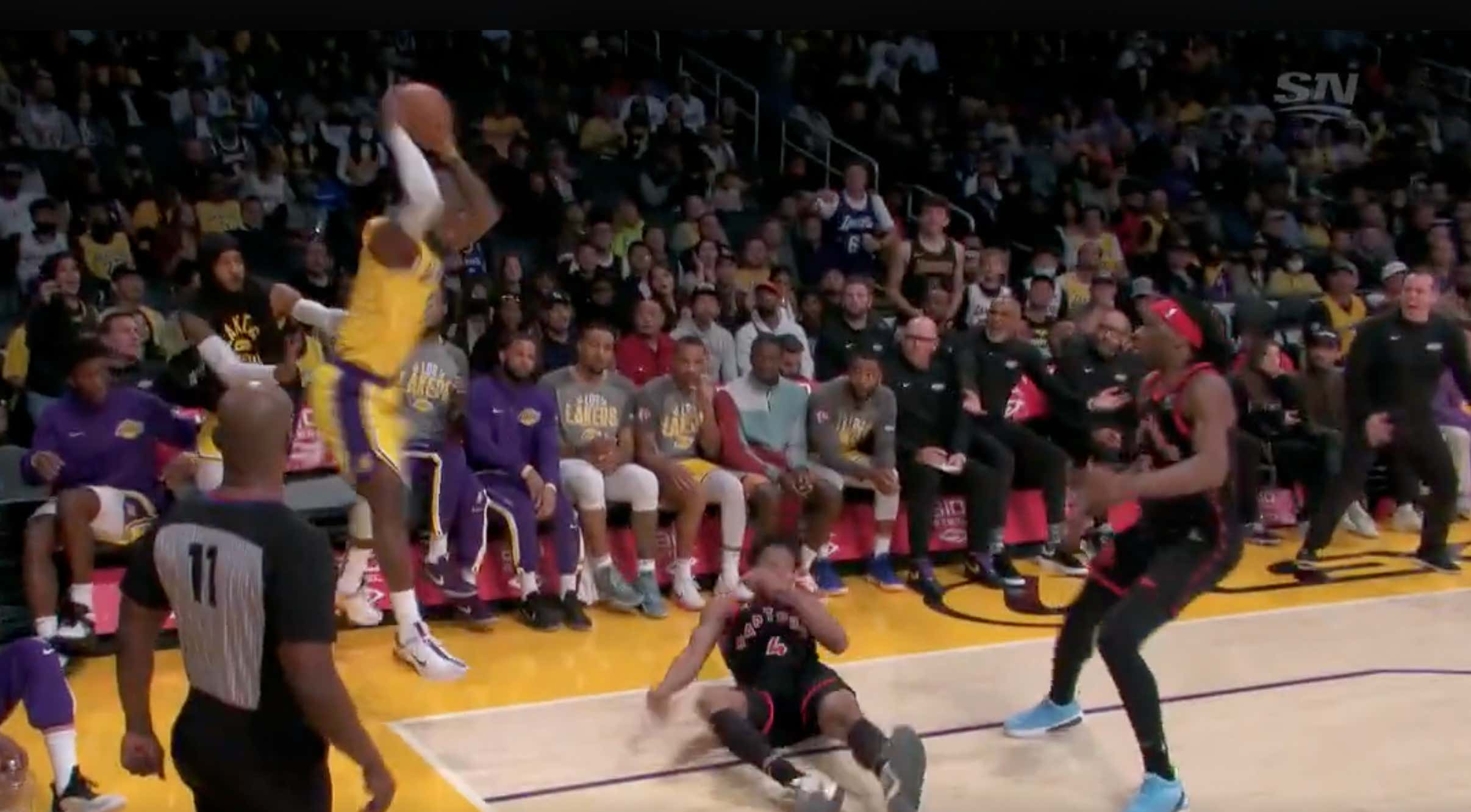 Precious knows he's about to watch his man get obliterated. You can see the horror on his face and sense the fear in his heart.

The Lakers coaching staff is pleading with LeBron not to do this. They know it's going to be a long road ahead if LeBron can't play every night after getting charged with manslaughter. "DON'T DO IT, LEBRON! WE'LL ACTUALLY HAVE TO START COACHING IF YOU GET LOCKED AWAY!"

His teammates see it coming, too. They just want to make sure they're out of the splash zone so they don't have to Google "how to get blood stains out of clothes" when they get back home. 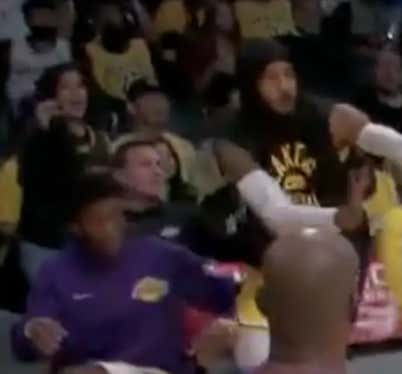 The ref has the clearest vantage point out of everybody. There's no denying what he saw out there. 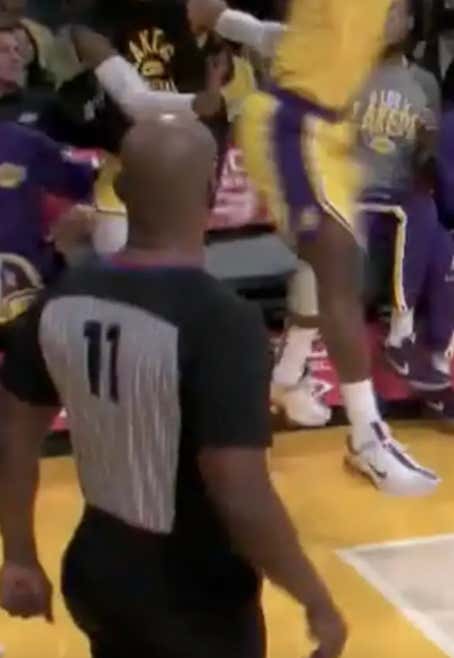 But clearly he doesn't have enough courage to put an end to this. Clearly he's just another crooked cop in this ring of greed and corruption.

At the very least, the NHL Department of Player Safety would fine LeBron James $5,000--the maximum allowable under the CBA--for trying to end Scottie Barnes' life here. They might even suspend Brad Marchand for a few games while they're at it. Can't be letting guys off the hook that easily. Need some accountability out there.